What Movies are Leaving Streaming This Month – June 2022

The movies making up this month’s leaving-streaming guide are half nostalgia, half recent drama. Several big hits from the ’70s and ’80s make their exit at the end of June, and they’re all certainly worth the watch. There are also plenty of smart dramas that have slipped under the radar over the past few years, so be sure to tune in to those too!

It’s been 10 years since the movie that cemented the star power of Jennifer Lawrence and Bradley Cooper came out, and Silver Linings Playbook still has the impact it did then. The two perennial Oscar nominees star as a pair of adults who have been largely ostracized for their mental health struggles. They ultimately find solace (and a similarly sharp wit) in each other. It may not be your typical rom-com, but Cooper and Lawrence generate quite the chaotic chemistry with each other. The last day to watch Silver Linings Playbook is Friday, June 17th.

In an increasingly online world, true human connection can be difficult. Director Spike Jonze knew that back in 2013, before COVID forced us inside for months and Mark Zuckerberg hadn’t yet cooked up an incorporeal metaverse. Her is a fascinating meditation on romance and relationships in the 21st century, complete with a more-melancholy-than-ever Joaquin Phoenix and an AI girlfriend voiced by Scarlett Johansson. Amy Adams, Rooney Mara, and Olivia Wilde add their talents to the cast, fleshing out the stunted masculinity that Phoenix’s character displays. Her is streaming until the end of June.

You’ve got just under a month left to binge one of the biggest sci-fi horror franchises of all time. Alien (1979) and Aliens (1986) are the must watch entries in the four-film series, but these spaceship movies have quite the pedigree behind them: Ridley Scott directs the first film, James Cameron the second, and David Fincher the third. Sigourney Weaver is eternally iconic as the nonconforming, ass-kicking Ripley, making for quite the final girl. The four Alien movies are available to stream until the end of the month.

This writer has never been shy about shilling for Kristen Stewart, and she’ll do it again: Personal Shopper is one of Stewart’s most intensely skilled performances, with a quiet grief hanging over this subdued and mysterious ghost story. Stewart stars as Maureen, a personal shopper and assistant to a high fashion model. She’s recently lost her twin brother and is convinced that she has some sort of connection to the afterlife, an inkling bolstered by a series of texts from an unknown sender. It’s a quiet, complicated kind of thriller, pushing boundaries while never losing sight of its gripping story about loss. Personal Shopper is streaming until the end of the month.

What’s that? Stranger Things Season 4 made you remember how much you love Winona Ryder? Well then, you better get to (re)watching Beetlejuice before it makes its exit at the end of the month. This fantastical comedy livens up the afterlife, with a recently deceased couple (played by Alec Baldwin and Geena Davis) haunting their former home with the help of a dastardly spirit named Betelgeuse (Michael Keaton) and goth teen queen Lydia (Ryder). It’s the kind of high-concept kooky comedy that doesn’t seem to get made anymore, so it’s always worth the watch these days. Beetlejuice is available to stream until the end of the month.

Perhaps one of the funniest movies I’ve ever seen is fading back into nostalgic obscurity at the end of the month, so I have to insist that everyone watch What’s Up, Doc? before it’s gone. This ‘70s screwball comedy was concocted by the late Peter Bogdanovich and is acted to comedic perfection by the likes of Barbra Streisand and Madeline Kahn. The story revolves a whodunnit of sorts, where four identical overnight bags carrying cargo of varying value get swapped about a billion times over. It’s pure nonsense at its finest. What’s Up, Doc? is streaming until the end of June.

What to Watch is a regular endorsement of movies and TV worth your streaming time. 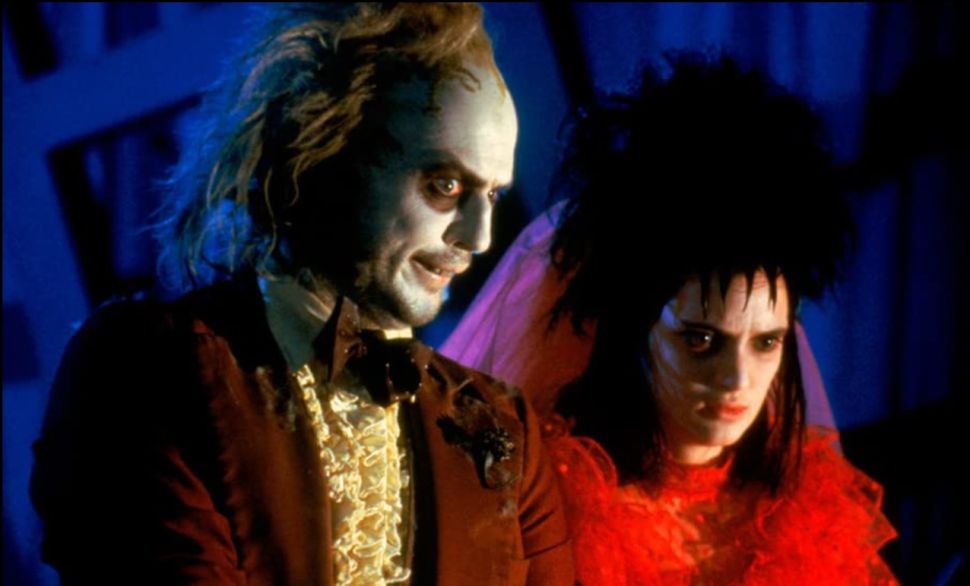 Filming under way in Guadeloupe for Death in Paradise Christmas special