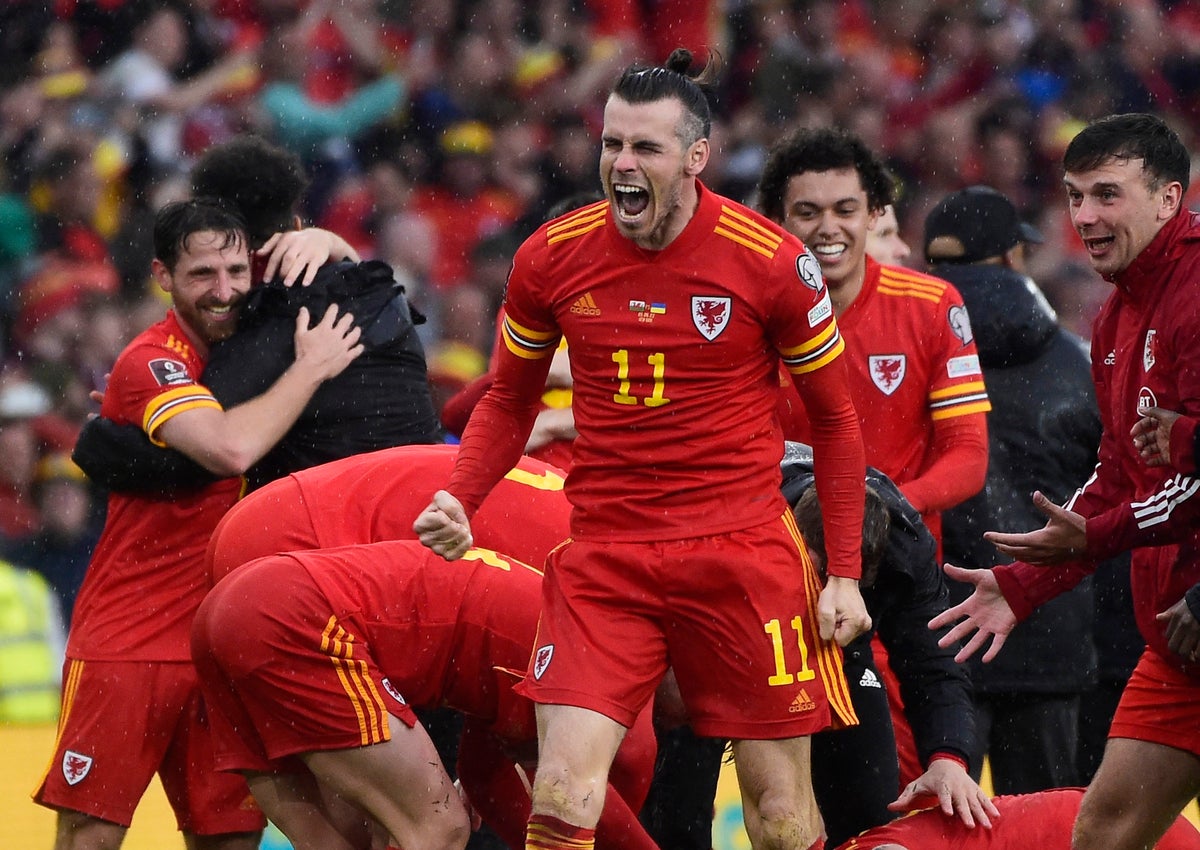 The 32nd and last team in the World Cup won’t be the side most of the planet wanted. Far crueller things have happened to Ukraine this year but they were denied the expression of a nation’s identity and excellence that a place in the World Cup provides; denied, sadly, by one of their own. But if Wales had rarely been more unpopular outside the principality, after a 64-year exile, they could not afford to be sentimental. For six decades, the last player to score against them on the global stage has remained a teenaged Pele. All of that will change now. The class of 1958 are no longer the only Welshmen to qualify for the World Cup and it is a colossal achievement by Robert Page and his band of brothers.

If this represents the crowning glory of Gareth Bale’s career, if it means he and Aaron Ramsey are not destined to join Ian Rush and Ryan Giggs among the great Wales players who are denied the chance to show their talents alongside the world’s best, it was unsurprising the captain played a part in the goal that carries them to Qatar.

Not that it was an addition to the compendium of Bale wonder strikes. Instead, the decisive touch was applied not by the Wales captain but by his Ukraine counterpart. Only Andriy Shevchenko has scored more goals for Ukraine than Andriy Yarmolenko but an unwitting finish for Wales came a colossal cost. Haplessness has rarely been more heart-breaking.

Sympathy was already afforded to a team who wanted to earn their place at the World Cup; their anthem was applauded by the Wales fans, their players draped in their country’s flags as they sang it. They made a valiant attempt to show that football can be the most meaningful of distractions to a nation under siege. They have lost 20 percent of their territory, with millions of people displaced and many others wounded or killed. Refugees made up some of those in a blue and yellow corner of the Cardiff City Stadium, surrounded by a sea of red. For Wales, the arias were not merely a break from the worry.

In the context of all that, an own goal has a certain irrelevance. And yet one denied Ukraine the powerful statement their presence on the world stage would have provided. Bale had struck with a sensational set-piece in the play-off semi-final against Austria. This was a more fortunate free kick that, whether shot or cross, brought a goal, Yarmolenko making a needless intervention with a header to divert the ball in. He looked an attacker unsure what to do in his own box.

It came as Ukraine had started off as the superior side, building on their outstanding display against Scotland. Oleksandr Zinchenko had the air of a man on a mission, allying technical expertise with an elusive streak, looking to drive his country forward. He has rarely played better than in the last week, but this time it was in vain.

Meanwhile, the emotion of the occasion initially felt too much for Wales. Joe Allen and Dan James were booked inside three minutes, for a rash lunge and dissent respectively. With Wales protesting, Zinchenko had a goal disallowed, for taking a free kick too quickly for Antonio Miguel Mateu Lahoz’s liking.

Yet it was the lone time Ukraine found the Welsh net. They could rue their profligacy and the officiating, with Allen getting away with catching Yarmolenko in the box. Above all, however, their ambitions foundered on relegated Burnley’s second-choice goalkeeper. Preferred to Danny Ward, Wayne Hennessey was overworked; a magnificent save from Artem Dovbyk’s late header ensured there was no equaliser. He reacted brilliantly when going the wrong way to block Viktor Tsygankov’s shot with a wasteful Roman Yaremchuk putting the rebound wide. If he was not always convincing, he was unbeatable on other occasions when Tsyganov, Yaremchuk and Zinchenko tried their luck.

Perhaps Olexandr Petrakov ought to have freshened his side up. A second game in five days was a second of 2022 for the six with Ukrainian clubs and it was understandable if tiredness took its toll but they lacked only a clinical touch.

So, admittedly, did Wales. Ramsey ought to have sealed victory, sidefooting wide when found by Kieffer Moore. The substitute Brennan Johnson volleyed against the foot of the post. Bale’s best chance was a tame effort. None of it mattered. They inflicted a belated first defeat on Ukraine in qualifying, albeit a process that began to a very different backdrop.

England, Iran and the United States beckon for them in Qatar. For Ukraine, a country under attack, the question of when they will next be in a World Cup takes on a deeper meaning.