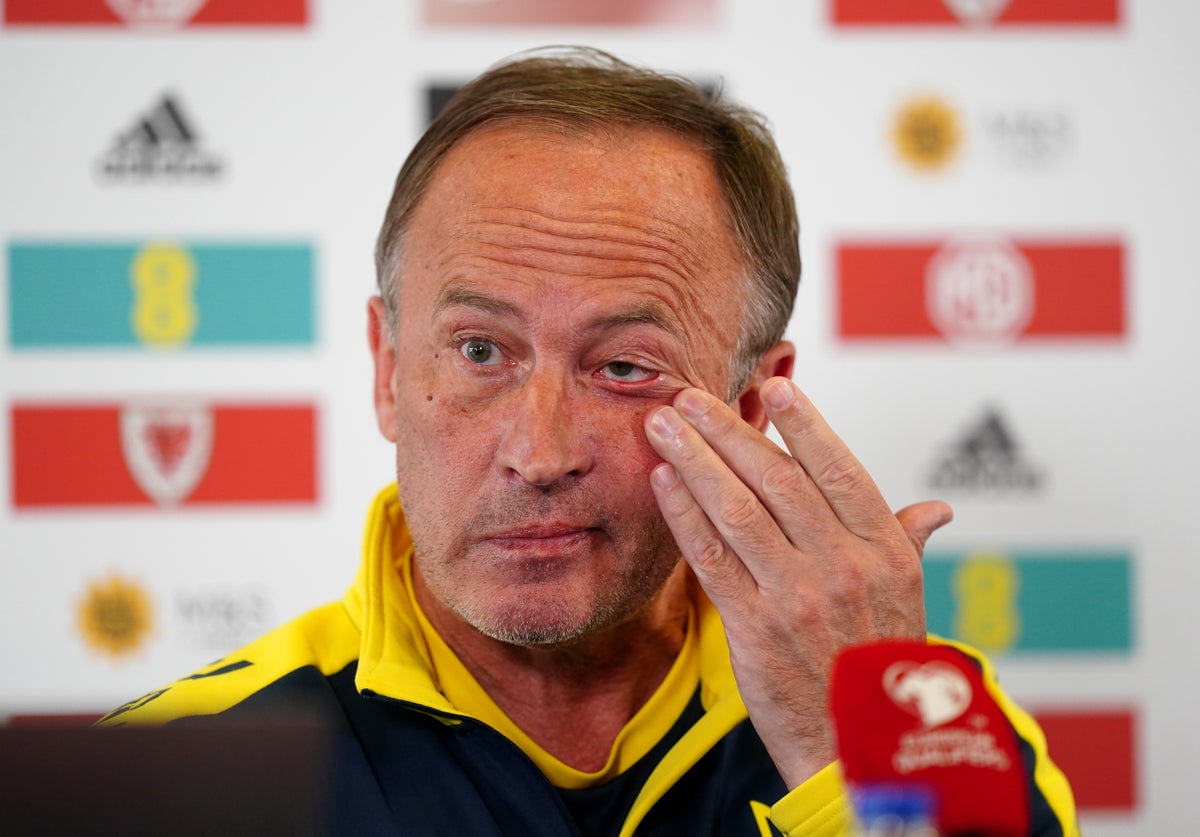 Manager Oleksandr Petrakov has revealed a Ukraine flag from the battleground will hang in their dressing room for Sunday’s World Cup play-off final against Wales.

Ukraine are one win away from reaching the World Cup in Qatar later this year, despite the ongoing conflict in their country.

Russia invaded Ukraine over 100 days ago and a bloody war has brought heavy casualties on both sides.

Ukraine’s players are desperate to give hope to their people by qualifying for the World Cup, and Petrakov’s side are able to count on the support of most neutrals around the world.

They set up their Cardiff showdown by beating Scotland 3-1 at Hampden Park on Wednesday on a night of raw emotion.

Petrakov dedicated that victory to troops who are defending their country against attacks from Russia – and now says the field of battle will be brought to the dressing room.

“Our team wrote to soldiers and received a flag from the war, which they promised to hang in the dressing room,” said Petrakov, who became visibly emotional discussing the situation in Ukraine and spoke little at his pre-match press conference.

“It’s a really hard situation in Ukraine and not everyone can watch football because of the situation, but we will try to concentrate and play well.”

Dynamo Kyiv midfielder Oleksandr Karavaev’s family live in the southern city of Kherson, which is under Russian occupation.

Karavaev said: “They cannot watch the match because there is no connection and internet. But they communicate by messages and they read the news.

“I had my birthday on June 3 and, also my mum’s, and it was a nice present for them.

“The occupation changed much for my friends, many of them lost work. But they hope the occupation and freeing of the lands and returning of normal routine will happen soon.

“They are all in positive mood because they see the cost of the war (to Russia) and see that it is possible for Ukraine to defend in this war.

“The game in Scotland was very emotional for us. But we know this is the most important game of our lives and we will do everything possible to win it.”

What the Ukraine crisis might mean for ESG investing