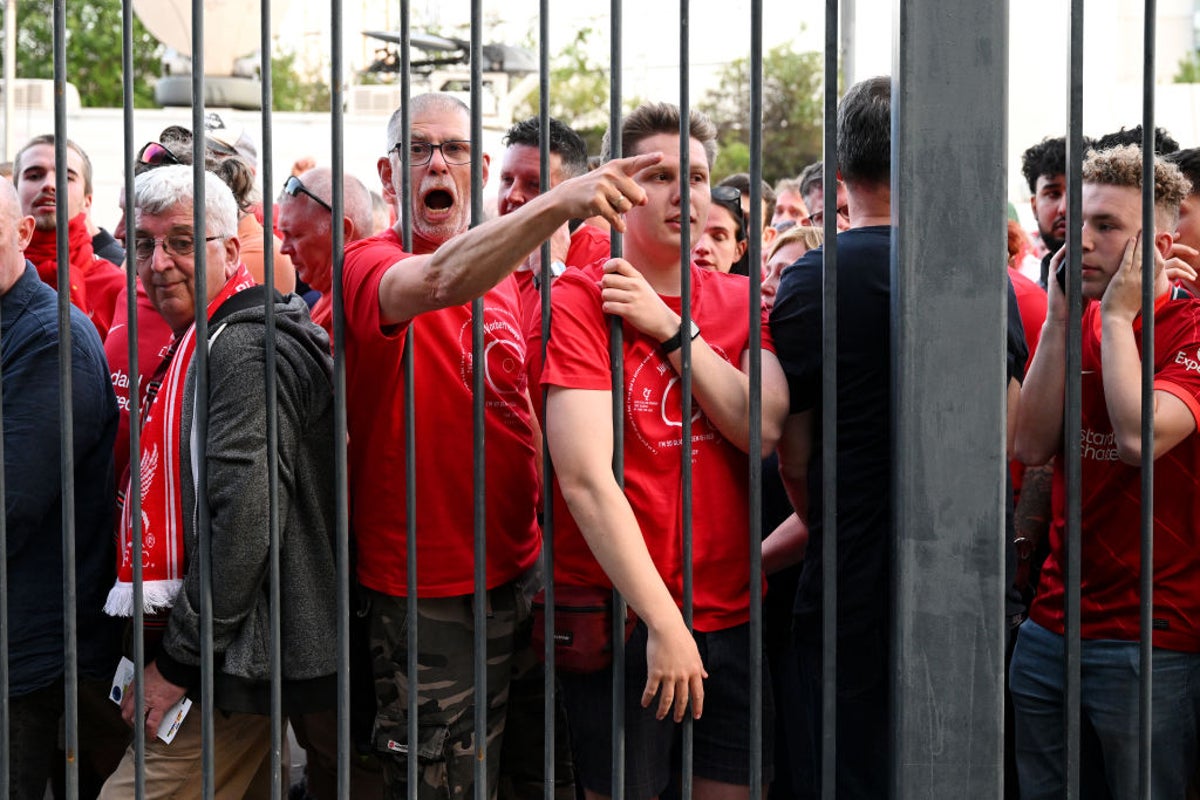 Uefa has issued an apology to Liverpool and Real Madrid supporters as well as all other spectators caught up in the “frightening and distressing events” at last weekend’s Champions League final in Paris.

Uefa also outlined further details about their comprehensive and independent review to examine the access issues that led to fans being crushed and tear-gassed outside the Stade de France last Saturday.

Uefa’s apology comes six days after they blamed the delayed kick-off at the Stade de France on the “late arrival” of Liverpool fans.

European football’s governing body also claimed that French police had used teargas to disperse supporters who had blocked the turnstiles at the stadium due to “thousands” of fake tickets.

Those claims were not addressed, however, and many Liverpool fans said Uefa’s apology had fallen short. “This is a start, but there is still a long way to go,” the Liverpool legend Kenny Dalgish said on Twitter.

“This apology does’t cover the false message about the late kick off, events at the fan park, or what happened in the aftermath.”

Uefa’s statement read: “Uefa wishes to sincerely apologise to all spectators who had to experience or witness frightening and distressing events in the build-up to the Champions League final at the Stade de France on 28 May 2022 in Paris, on a night, which should have been a celebration of European club football.

“No football fan should be put in that situation, and it must not happen again.”

French authorities have continued to shift the blame on a “mass gathering” of supporters with “fake tickets”, but Uefa said their review would “seek to establish a full picture and timeline of what occurred during the day”.

Uefa also said an online questionnaire would be used to gather testimonies.

Uefa’s statement continued: “The review will engage with Uefa and all relevant stakeholders, including, but not limited to, fan groups including Football Supporters Europe as well as those of the two finalist clubs; the finalist clubs themselves; general spectators; the French Football Federation; the police and other public national and local authorities, and the stadium operator.

“The findings of the review , conclusions, and recommendations will be set out in detail in the report and will be those of Dr Tiago Brandao Rodrigues and the experts who will support him. The review will start immediately and should be concluded within the shortest possible timeframe needed to produce a comprehensive review of the events.”

Uefa’s statement comes after Liverpool wrote to European football’s governing body asking for clarity over how the planned report would be compiled.

The Premier League club, having swiftly called for a full investigation into the fiasco after the game, have given that news only a cautious welcome, feeling that the European governing body needs to give more detail.

Chief executive Billy Hogan told the club’s website: “We at Liverpool have been calling for an investigation into what happened in Paris on Saturday, not a report. I think those are two very different things. We’ve written to Uefa again today and we’ve raised specific questions – 13 specific questions – that we’d like them to clarify around the details of this investigation.”

Real Madrid, who won the Paris final 1-0, also released a statement earlier on Friday demanding answers to the treatement of their fans at the final.

Much of the focus has been on the Liverpool supporters but the Spanish club said: “As clearly seen in the images, many fans were violently assaulted, harrassed, robbed and mugged. Some incidents evn took place while fans were driving in cars or on buses, fearing for their safety. Some of them even spent the night in hospital after their injuries.

“We ask for answers and explanations that determine who was responsible for leaving the fans helpless and defenseless, supporters whose general behaviour was at all times exemplary.”

Celebrate love in all its forms with Food by Sally Ann this Valentines Day with a specially prepared menu.

Fusion Boutique hotel – a luxury escape in the heart of Polokwane