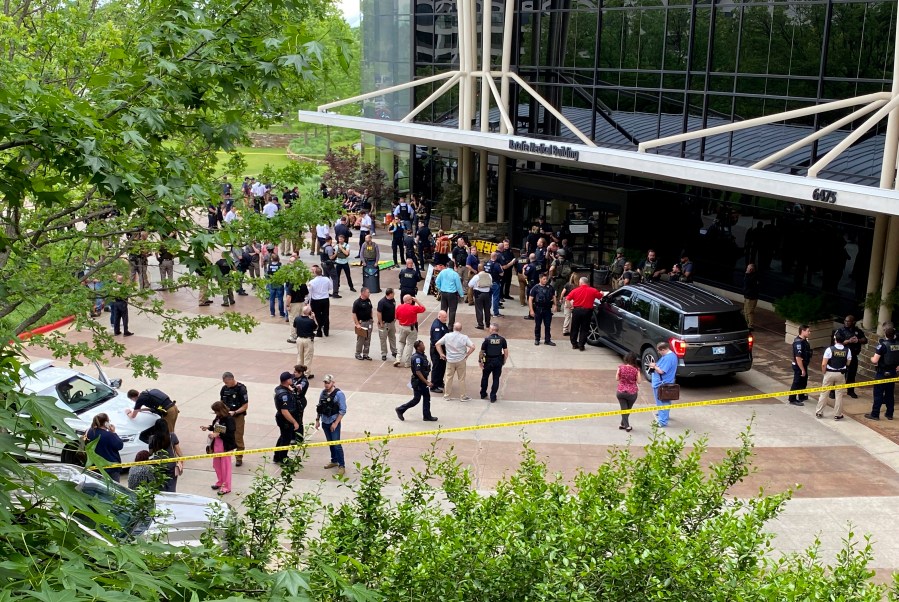 The deadly mass shooting at an Oklahoma medical office by a man who blamed his surgeon for continuing pain following an operation on his back underscores the escalating threat of violence doctors have faced in recent years.

Michael Louis, 45, fatally shot Dr. Preston Phillips and three other people in Tulsa on Wednesday before killing himself. Police said Louis had been calling the clinic repeatedly complaining of pain and that he specifically targeted Phillips, who performed his surgery.

“What we currently know is that Louis was in pain, Louis expressed that he was in pain and was not getting relief and that was the circumstance surrounding this entire incident,” Tulsa Police Chief Wendell Franklin said at a news conference.

Doctors have been increasingly threatened with or become victims of violence by patients complaining of pain, especially in recent years when they have prescribed alternatives to opioids and tapered patients off addictive painkillers. Police have not said that Louis was seeking opioids to relieve his pain.

More than two-thirds of pain specialists surveyed during a violence education session at a 2019 American Academy of Pain Medicine meeting said a patient threatened them with bodily harm at least once a year. Nearly half said they had been threatened over opioid management.

“We only become aware of it when these dramatic and tragic events occur,” said Dr. W. Michael Hooten, a former president of the academy and a professor at the Mayo Clinic. “Some of the lower level threats and lower level occurrences of violence, we’re simply not aware of them because they don’t get the attention.”

A jury in Minnesota began deliberations Thursday against Gregory Paul Ulrich, who was charged in the 2021 health clinic shooting that left one person dead and four injured. Investigators have said the alleged gunman’s addiction to opioid medication was the “driving factor” behind the shooting.

A police report says Ulrich had threatened a similar mass shooting in 2018, allegedly as revenge against people who he said “tortured” him with back surgeries and prescribed medication.

In 2017, an Indiana man shot and killed a doctor who refused to prescribe opioids to his wife.

Oklahoma has been hit particularly hard by the opioid crisis. State statistics show that from 2007 to 2017, more than 4,600 people in Oklahoma died from opioid overdoses, including prescription painkillers and illicit drugs such as heroin and illegally made fentanyl. Nationally, opioids have been linked to more than 500,000 deaths since 2000, according to the Centers for Disease Control and Prevention.

In the Tulsa shooting, Franklin said Louis was carrying a letter that said he was targeting Phillips, an orthopedic surgeon with an interest in spinal surgery and joint reconstruction.

Franklin said Phillips performed the surgery on Louis on May 19 and that the patient was released from the hospital on May 24.

He said Louis called the doctor’s office “several times over several days” reporting he was still in pain and that he saw Phillips on Tuesday for “additional treatment.” Louis called the office again Wednesday “complaining of back pain and wanting additional assistance,” he said.

Holden, an orthopedic surgeon, said doctors have long dealt with concerns about threats from patients over care. But the violence in recent years has taken that concern to a new level.

“We’ve had those concerns forever, so that’s not new,” Holden said. “What is new is the sudden, targeted violence to the extreme.”