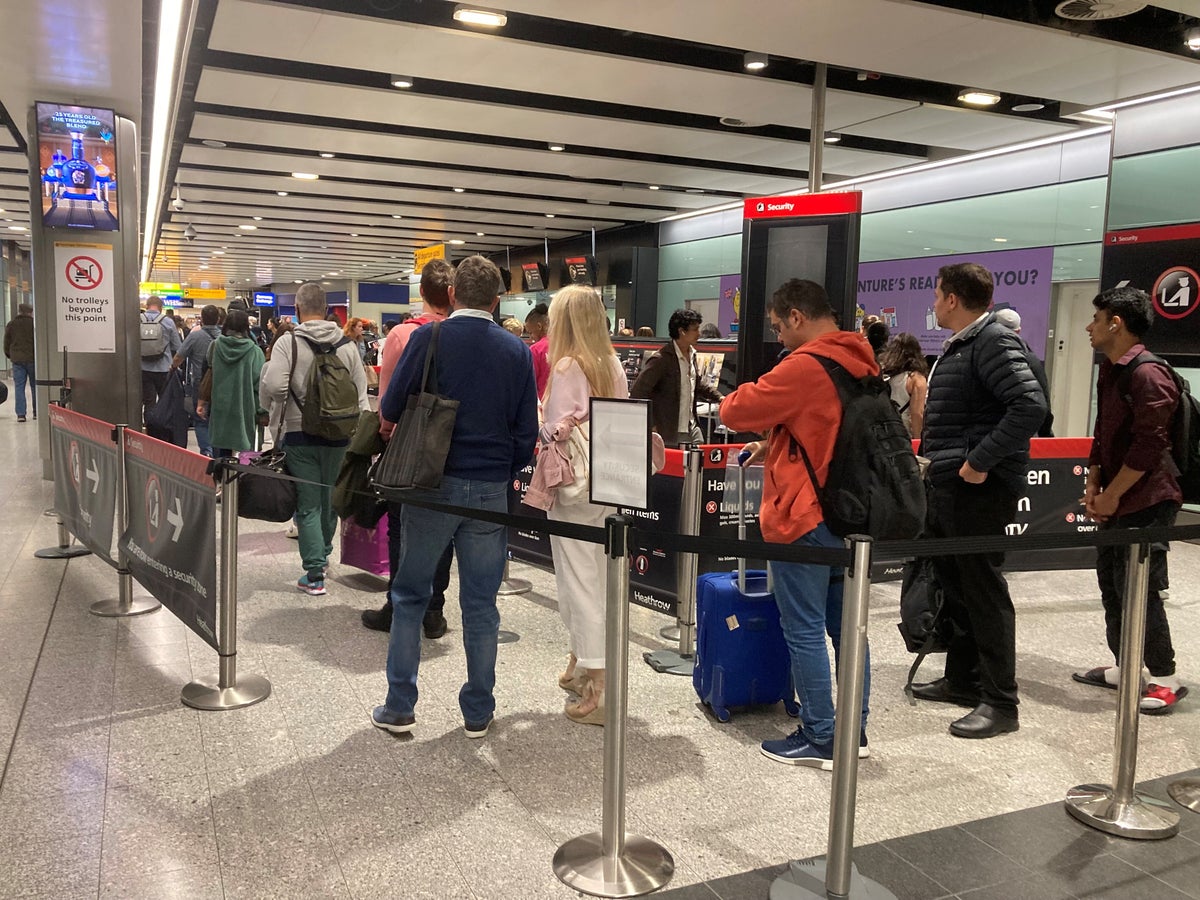 Tens of thousands of Britons are stranded across airports all over Europe after yet another series of flight cancellations as the half-term travel chaos shows no signs of abating.

Many families and couples were due to return to the UK on Saturday but 100 flights were cancelled due to the ongoing issues with staff shortages that have plagued airports for months.

Dozens of flights have already been cancellled on Sunday, with the biggest issue at Gatwick where Wizz Air, British Airways and easyJet have grounded flights.

He has called on the government to relax immigration rules and allow European workers who were employed in the aviation industry before Brexit and the Covid-19 pandemic to return in order to plug the labour shortage in the sector.

However, transport minister Grant Shapps outright dismissed calls to open the door to more “cheap” foreign workers in a bid to relieve the pressure on the aviation sector.

He accused travel bosses of “cutting too far” during the pandemic and said it was up to the sector to solve the issues.

Brexit is to blame for the chaos in Britain’s airports which has seen hundreds of flights cancelled and thousands of people’s half-term travel plans disrupted, London mayor Sadiq Khan has said.

Mr Khan called on the government to relax immigration rules to allow airport and airline workers who returned to their EU countries of origin following Brexit to come back to the UK to resolve staffing shortages.

But transport secretary Grant Shapps denied that the problems were caused by the UK’s withdrawal from the EU and rejected calls for aviation workers to be added to the list of shortage occupations with lighter controls on migrants.

Tens of thousands of British travellers are stranded at airports across Europe by an estimated 200 flight cancellations over the weekend.

More than 100 flights to and from the UK were cancelled on Saturday by a combination of staff shortage and air-traffic control restrictions.

So far today dozens more have been grounded, mainly by easyJet. Many of those stranded are families hoping to return home after half-term holidays.

Our travel correspondent Simon Calder has the latest.

Good afternoon and welcome to The Independent’s travel blog bringing you the latest news of the ongoing chaos at airports around Europe as tens of thousands of Britons struggle to get home.

Rebel Wilson confirms she is moving to London