TRAIKOS: Why Crosby is considered a long shot to win the Hart Trophy

KUCHING (June 15): It may be nearly a week since Daeloniel McDelon achieved his technical knock-out (TKO) victory in Pakistan, but his stunning win still feels surreal.

The Sri Aman-born 23-year-old, nicknamed ‘Kilat Boy’, won gold during his bout against Sikandar Abbasi in the 57kg category of the Pakistan Professional Boxing Championships on Saturday.

Victory came at two minutes and 48 seconds of the third round at Lalak Jan Stadium.

“After my TKO victory, I was thrilled on that night because I really did not expect that my right punch could wear down my opponent,” Daeloniel told the press conference during his hero’s welcome at Kuching International Airport last night.

He pointed out that Abbasi is considered a superstar by the local crowd and was clearly the favourite to win.

However, he said the unfavourable atmosphere did not deter him from his goal.

“During the tournament, I had a video call with my coaches to study what my game plan was and my strategy. The goal was to finish the fight as quick as possible because I have another tournament coming up next week in Perlis.

“Definitely I feel nervous before every fight, but once I enter the boxing ring, all the emotions just disappeared,” he said. 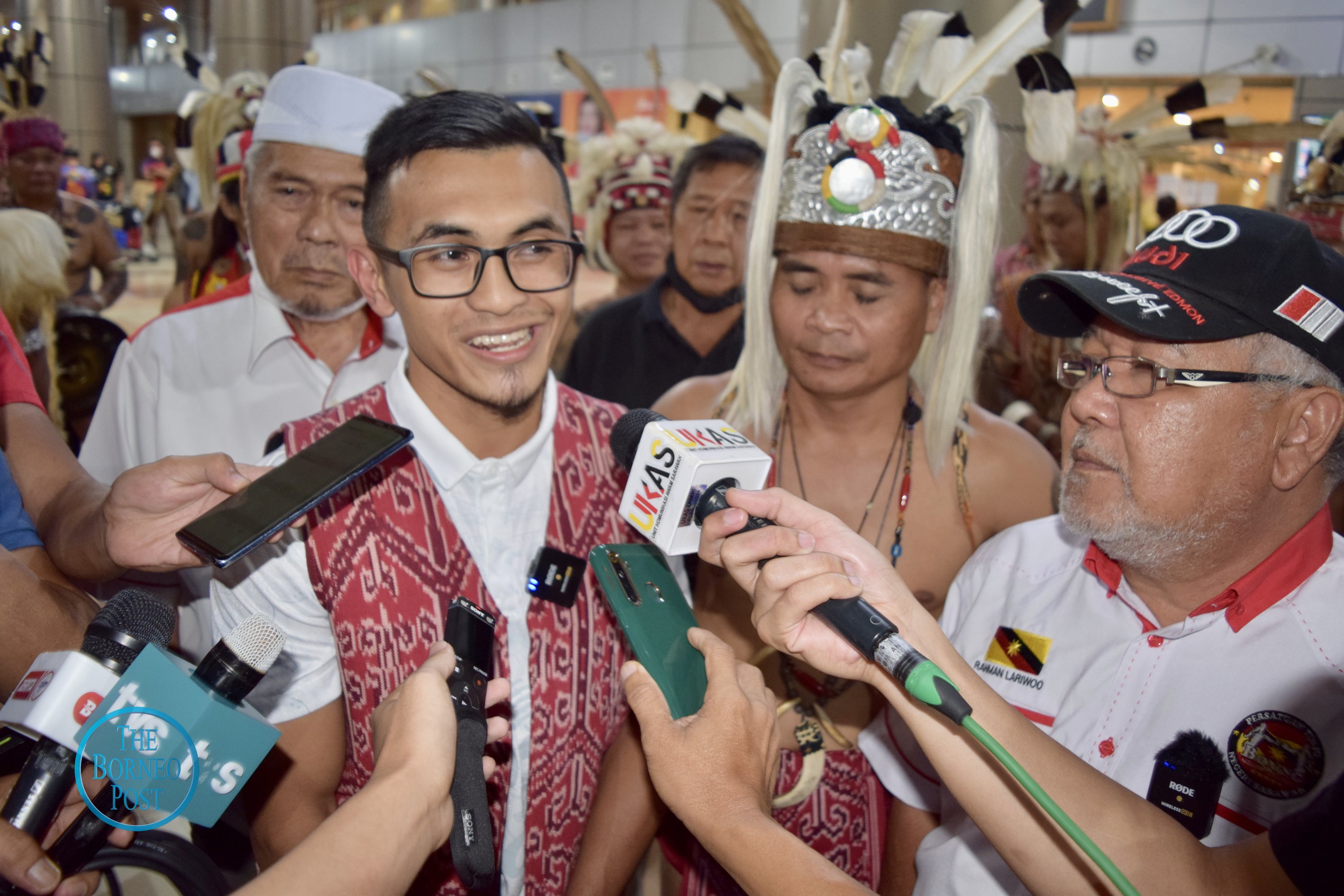 Daeloniel speaks to the press at Kuching International Airport. From right are Rahman and Sapok.

On his biggest challenges during training, Daeloniel said it was the target to shed 4.5kg to qualify for the 57kg category.

He also sacrificed celebrating Gawai Dayak to focus on training.

Daeloniel revealed his idols in boxing are national legend and fellow Sarawakian Major Sapok Biki, who is one of his coaches, and the Philippine’s’ Manny Pacquiao.

He is now hoping to have a title shot at the WBA Asia and WBC Asia boxing tournaments in the near future.

On Sukma 2022, which will be held in Kuala Lumpur in September, Daeloniel said he has what it takes to secure a gold medal, adding he will be heading overseas to train and spar with more experienced boxers in August. 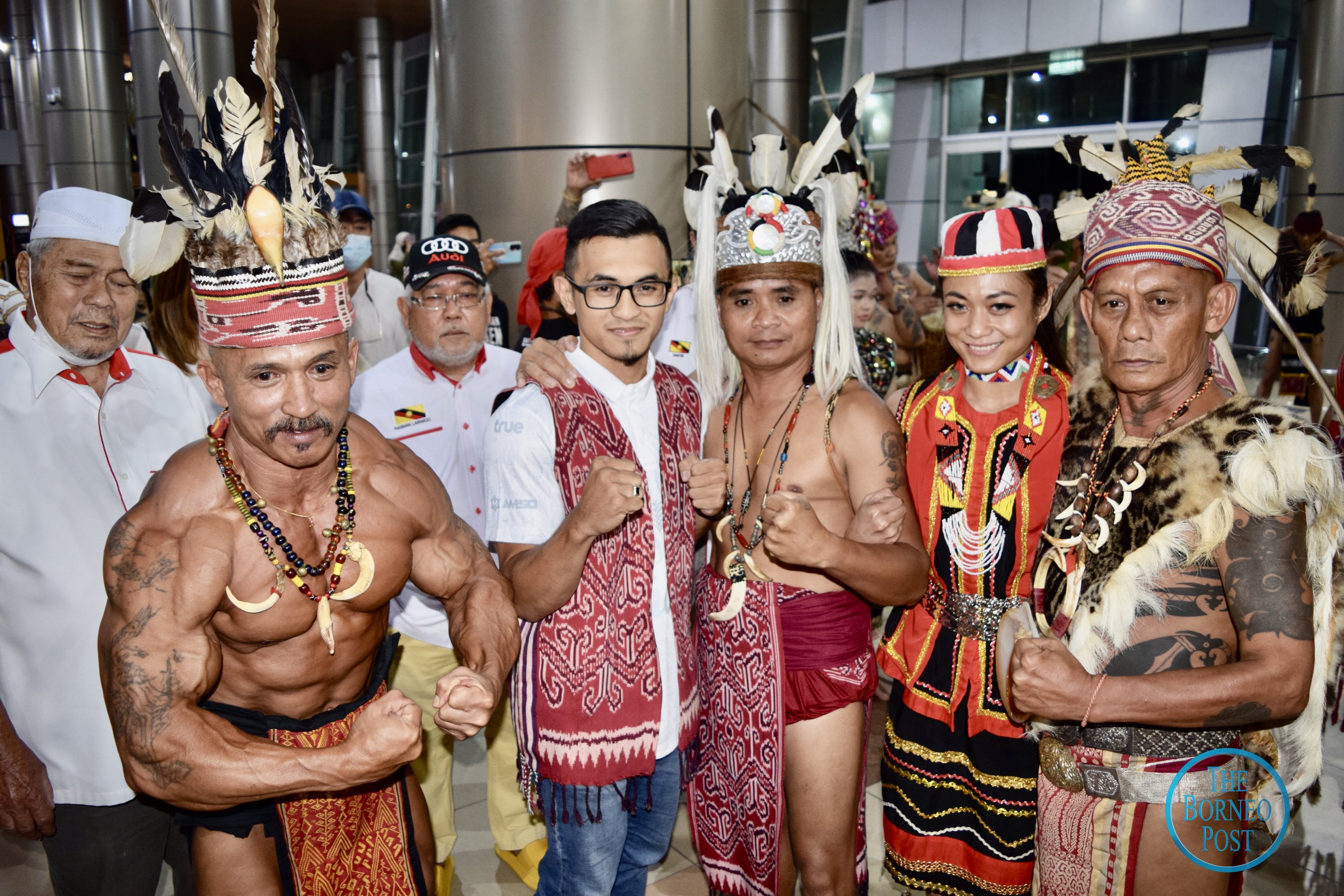 He revealed a professional boxing match for Daeloniel in Sri Aman is currently in the works.

“We hope Daeloniel will be able to secure a gold medal in the Malaysian Games (Sukma) this year as he had never failed to produce a gold in whichever boxing tournaments he participated in the country,” said Rahman.

Sapok said he hoped the newly-crowned champion would one day surpass his legacy.

“For the next tournament in Perlis, I advised Daeloniel to continue to follow the vigorous training designed for him and remain disciplined.

“Discipline is the most important aspect in boxing because you cannot train if you are not healthy,” he said.

With the association’s support, Sapok hopes Daeloniel will qualify for the Commonwealth Games and even Olympics one day.

What is happening in South Africa? A look at the energy crisis

Alex Rodriguez wishes J.Lo his ‘best’ after marriage to…

TRAIKOS: Why Crosby is considered a long shot to win the Hart Trophy