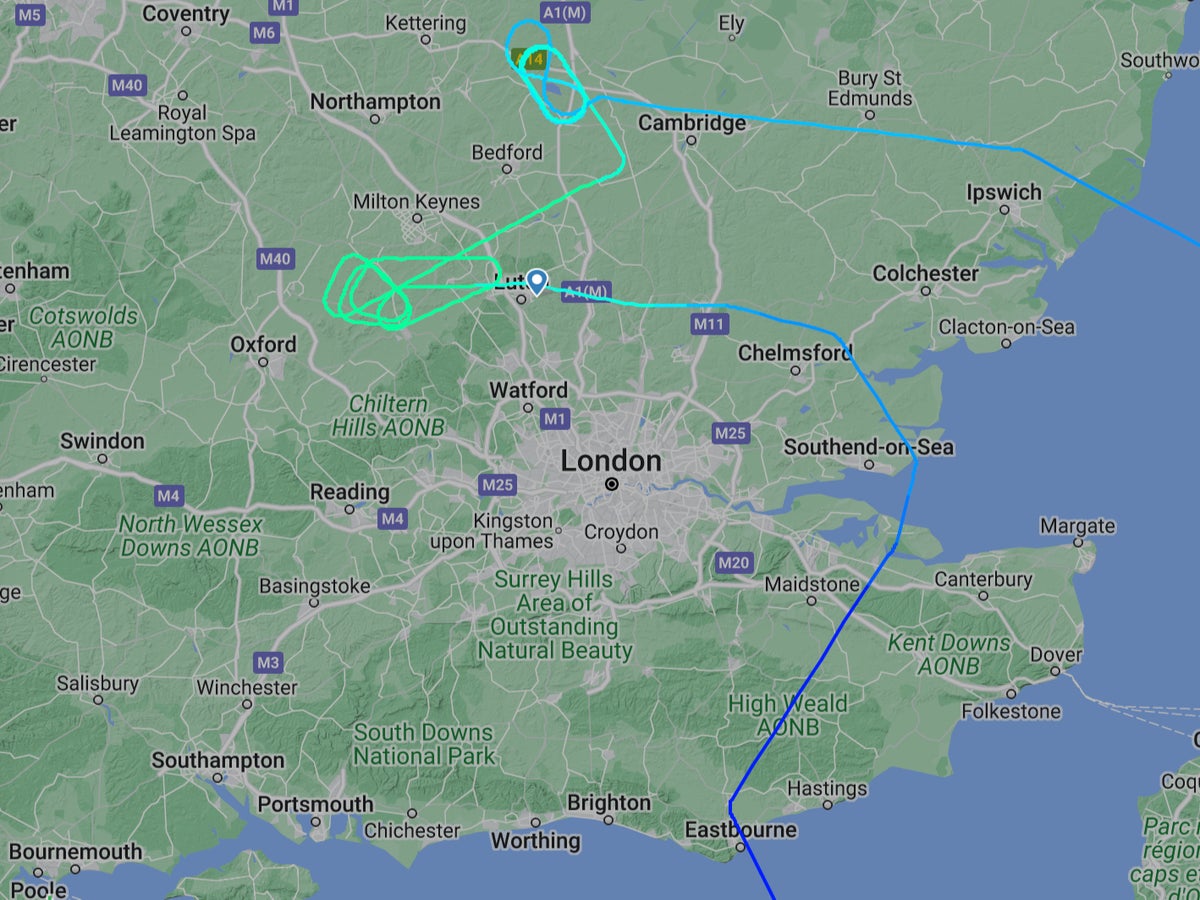 At least 18 flights, believed to be carrying around 3,000 passengers in total, have been diverted after a Sunday morning power failure at Luton airport.

One Wizz Air jet landed at Beauvais northern France, while others were re-routed to Doncaster, Liverpool and East Midlands airports.

Luton airport initially told passengers: “An earlier power failure in the area has resulted in the temporary loss of some navigational aids, meaning some disruption to flights.”

Aircraft could not land for around three hours between 7am and 10am. Most of the arrivals were on Wizz from eastern European airports, but an easyJet arrival from Belfast was re-routed to Gatwick.

The first flight to land, at 10.05am, was a Ryanair arrival from Dublin.

The Bedfordshire airport later tweeted: “Engineers have now resolved the issue caused by the earlier power outage and normal operations have resumed. Some knock-on disruption is likely.

“Passengers should speak to their airlines for the status of their flight.

One parent, tweeting as Wozza67, replied: “Thank you for diverting my daughter’s flight to East Midlands airport instead.

“Shouldn’t all systems be covered by battery and generator backup to ensure there isn’t this kind of disruption? Many companies have to do this for their computer systems. Aircraft navigation is a must.”

Some of the corresponding outbound flights are cancelled, while passengers booked on those that are departing face long delays – over five hours in the case of the Wizz Air flight to Timisoara in Romania.

Under European air passengers’ rights rules, affected travellers will be able to rebook, on other airlines if necessary, to get them to their destination. But very few seats are available.

The disruption at Luton adds to the weekend’s mounting travel chaos, largely a result of widespread flight cancellations to and from Gatwick by easyJet.