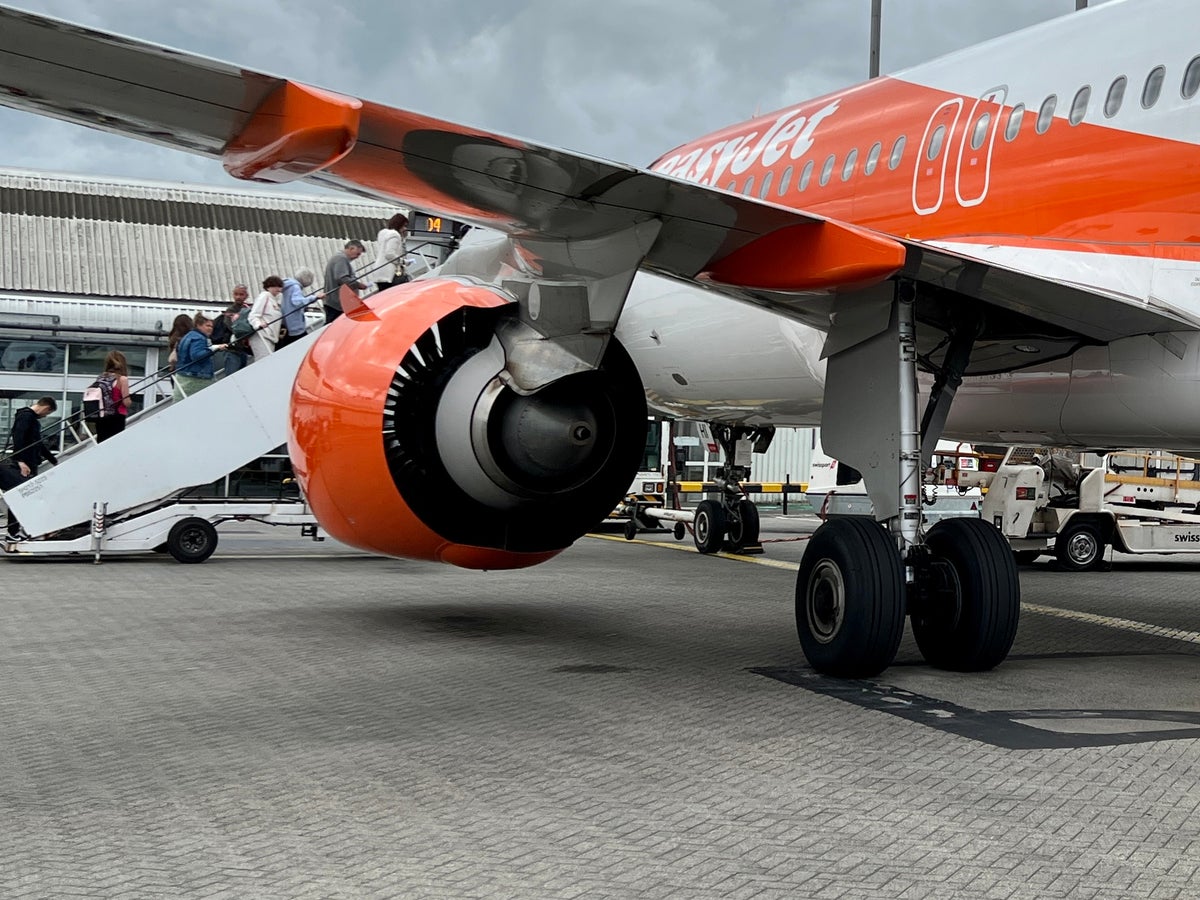 Tens of thousands of British travellers are stranded at airports across Europe by an estimated 200 flight cancellations over the weekend.

More than 100 flights to and from the UK were cancelled on Saturday by a combination of staff shortage and air-traffic control restrictions.

So far today dozens more have been grounded, mainly by easyJet. Many of those stranded are families hoping to return home after half-term holidays.

In terms of sheer numbers, Gatwick has by far the biggest problem. The main airline there, easyJet, has so far cancelled around 40 flights, with others on Wizz Air and British Airways also grounded.

Destinations include Greek and Italian islands such as Corfu, Sardinia and Sicily.

Many thousands of British holidaymakers were due to return on Saturday and are still trying to find alternatives. While the majority of flights are still operating, they are very heavily loaded.

All passengers are entitled to alternative flights as soon as possible including on a rival airline; a hotel room until they can travel; and, if the airline is responsible, cash compensation.

At Bristol, at least a dozen easyJet flights are cancelled, with most passengers getting just a few hours’ notice. Destinations include Malaga, Lisbon and Berlin.

Alexander Coombs told The Independent: “I have received a text message saying my flight has been cancelled from Berlin to Bristol today so I am now stranded in Berlin.

“I cannot get hold of anyone to help me from easyJet. Any ideas on how I can get help? The next flight is Thursday!

“I am trying to look for other flights to a different airport in the UK but there doesn’t seem to be any today either?”

British Airways has cancelled an average of 100-plus flights per day for weeks, drastically reducing the number of  available seats to and from the UK.

There are further cancellations at Luton on easyJet – eight so far, including Barcelona and Nice – and one at Manchester, a round-trip to Amsterdam.

Other airlines are affected, with Wizz Air grounding flights from Gatwick, Luton and Doncaster Sheffield.

Kam Hosseini is in Faro in Portugal after his Saturday evening Wizz Air flight to Cardiff was grounded “minutes before check in by text message”.

He said: “No representative from the airline at the airport, just given a piece of paper and told the next flights to the UK we can get on are Wednesday onwards.

“Stuck in Faro and no sign of any flights anytime soon.”

While alternative airlines can be used, and the cost charged to the cancelling airline, for many passengers the alternatives are difficult to find after wholesale cancellations over the past week.