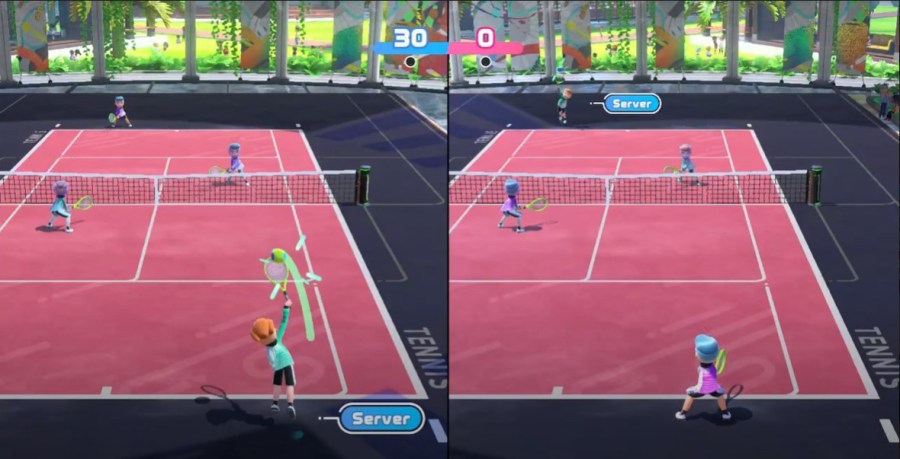 In 2007, Wii Sports was the game to beat. It made the Nintendo Wii the insanely popular video game system that it was. It was genius because you could pickup and play in minutes, anyone could play and it was physical and interactive. Best of all, it was a game best enjoyed with friends and family. Since then, I’ve been waiting for Nintendo to re-create the classic Wii Sports experience. Now, 15 years later, Nintendo is taking a stab with Nintendo Switch Sports. I took it for a test.

Switch Sports is a collection of 6 games including Soccer, volleyball, bowling, tennis, badminton and chambara (sword fighting). Nintendo says golf is coming soon and will be added in a free update. The lineup has 2 familiar fan favs in Tennis and Bowling along with 4 new games. It’s not a huge lineup but plenty to keep most of us entertained. I’m OK with a lack of quantity as long as the focus is on quality.

Pick up and play. That’s the most important thing to know about Switch Sports. Sure, there are tutorials but most games are easy enough for anyone to pick up and play within minutes. That’s the beauty of the original Wii Sports and it’s echoed with this new version. My kids were throwing strikes within minutes and I was acing serves after just a few minutes of playtime. Tennis and bowling were easily my favorites, mostly because I loved them so much on Wii Sports. My kids loved volleyball and I thought soccer did a good job of creating a fun obnoxious take on a classic sport.

While controls were easy, they seemed less exact to me compared to the original Wii Sports. I turn of my wrist in bowling would let me spin the ball back in the day, I didn’t feel like it was as easy to nail that down with this version. Now… is that real or just my selective memory of the original Wii Sports? Hard to say and it didn’t take away from the fun factor with Switch Sports. It just felt, to me, like less skill is required to perfect Switch Sports compared to Wii Sports.

Perhaps this is a dumb question, forgive me if that’s the case but why not just port Wii Sports over to the Switch? While Switch Sports is a fun new spin on a classic, why can’t we have the original too? Maybe I’m the only one still wishing I could play a 2006 Nintendo game? Never say never, right?

Nintendo Switch Sports is exactly what I expected and HOPED it would be. It’s a great re-birth of an amazing classic. It’s still fun, it’s still simple to play and it’s even better than before. The graphics are better, online play has arrived and Nintendo added some fun new games to play too. They also included the best two games from the original Wii Sports. At $40 it’s hard to go wrong if you’re looking for a fun pick-up game to play with friends and family.

Dutch energy bills will rise yet again this July – DutchReview