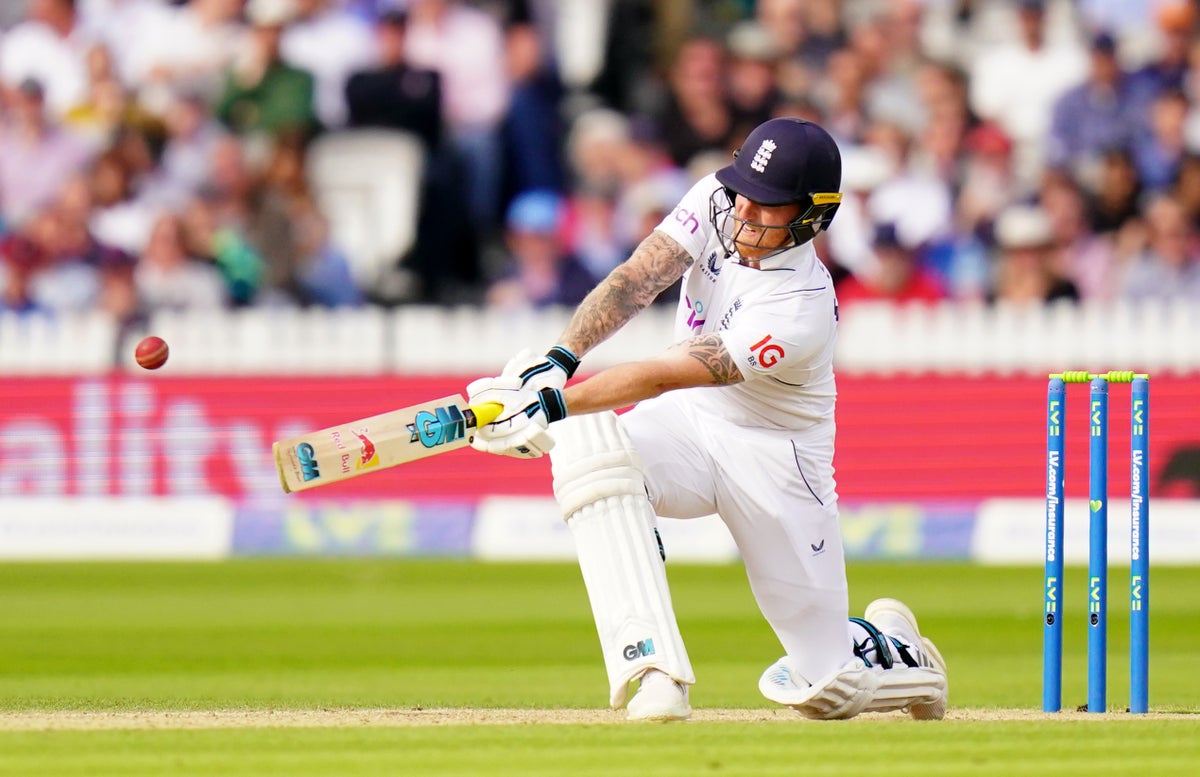 Stuart Broad admitted the England dressing room was bouncing after a no-ball spared captain Ben Stokes and gave him the chance to reclaim the momentum in a thrilling first LV= Insurance Test against New Zealand.

Fortunes have swung back and forth on multiple occasions over the course of three absorbing days at Lord’s, with a minor foot fault by Black Caps all-rounder Colin de Grandhomme in the fourth innings shaping up to be one of the deciding moments.

Home skipper Stokes chopped the seamer down into his stumps with just one run under his belt and was walking off the field in frustration when replays showed the seamer’s boot planted over the line.

Stokes could barely have asked for a better 31st birthday gift and threw himself a fitting party, smashing his way to 54 to put the pressure back on the tourists.

Joe Root’s composed knock of 77 not out continued to turn the chase in England’s favour, with another 61 needed at 216 for five, but Broad revealed the impact Stokes’ good luck had on his team-mates.

“I can’t play that down, there was big energy,” he said of the moment Stokes turned to resume his innings.

“It was (batting coach) Marcus Trescothick who had an earpiece in and when we were all saying ‘oh no’ he just went ‘It’s a no ball! It’s a no ball!’.

“We all looked up at the screen and saw Stokesy turning back around and of course that gives the whole changing room a lift.

“We’ve been on the flip side of that a few times and it does hurt. It also freed Stokesy up a bit to play how he wanted to play.”

He proceeded to swing for the fences, launching Ajaz Patel for three muscular sixes and adding five fours to turn the pressure back on a bowling side who had already taken four cheap wickets.

“He’s a situation player, isn’t he? I think he’s really suits him when the situation is laid out for him and he’s got a target to chase,” said Broad.

“He’s at his best when he’s got the game on the line and that’s always a sign of a world-class player. The way Rooty and Stokesy played after the bit of luck with the no-ball showed the way this team want to go about it.

“Joe is one of the calmest, best ever batsmen for England. The first hour in the morning is going to be crucial and he will be a big part of that.”

Broad accepted two results were still possible – leaving out the agonising prospect of a tie – but England could have found themselves out of contention had he not led a six-wicket raid in the morning session.

England hustled the Kiwis out for 285, from the relative security of 251 for five, with three wickets falling in as many deliveries during one decisive Broad over.

He was responsible for two of them, with Ollie Pope’s smart run out of De Grandhomme providing a neat bonus.

“We knew we had to strike with the new ball because the Test match was riding on it,” he said.

“It was huge. If New Zealand get 340-350, it’s a different game. I really enjoyed the feeling of getting the crowd going and lifting the energy in the stadium. The crowd responded brilliantly and so did the players.

“It’s been a really enjoyable Test match, really exciting and hard to know what is going to happen from hour to hour. It’s great to be coming knowing either team could win it.”