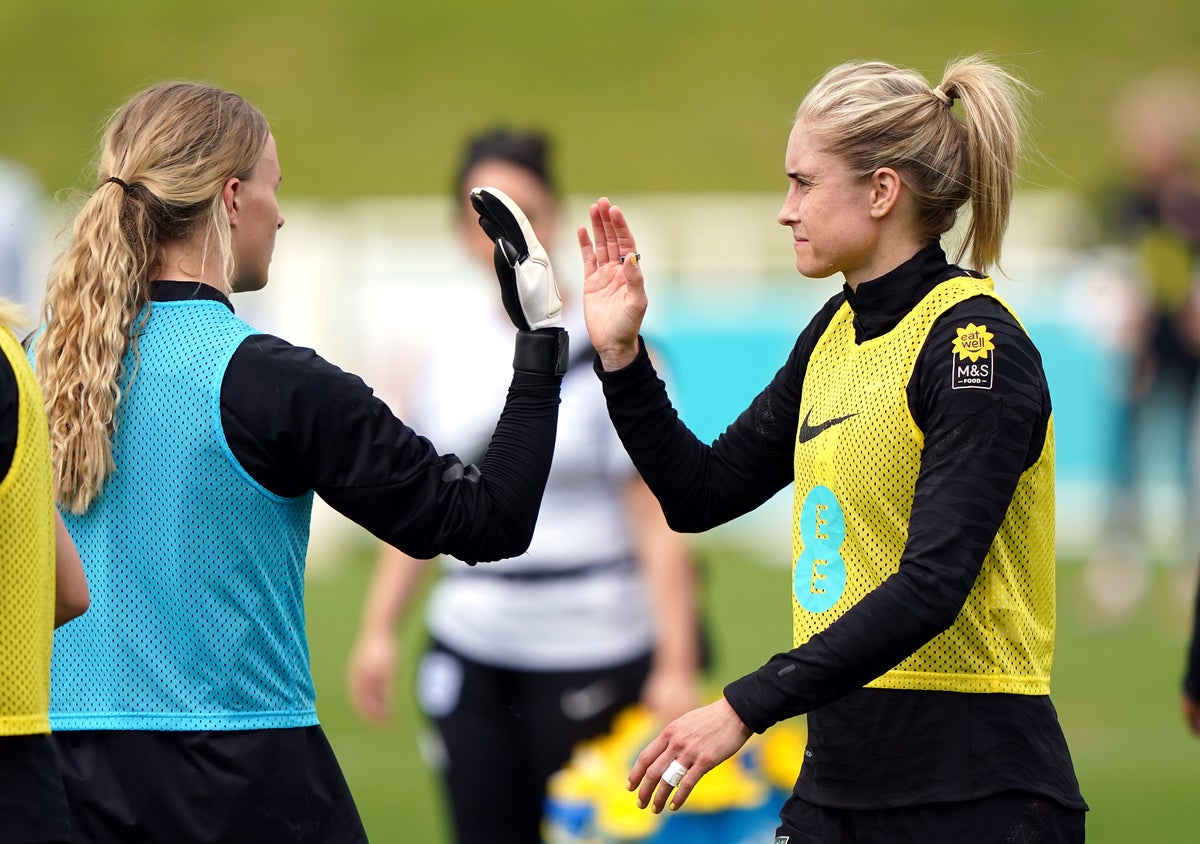 England defender Steph Houghton is confident she can return to her best in time for next month’s European Championship.

The Manchester City skipper, capped 121 times by her country, has not played under Lionesses head coach Sarina Wiegman having been sidelined since January due to injury.

But the 34-year-old has not ruled out a return to action in time to play her part in next month’s tournament, which is hosted by England.

After completing a training session at St George’s Park on Tuesday, Houghton said: “I’ve been given a chance to do that and prove my fitness, but I back myself, I back my fitness, I back the work I’ve done that nobody’s seen and I’m improving every single day.

“I’m enjoying being back out on the pitch doing what I do. I’m confident I can get back to my best. You’ve only seen a snippet of what happens here, but there’s a lot of hard work behind the scenes.

“I’m proud of where I’ve come from and the people that I’ve been with to get here. There’s a long way to go, but I’m really happy.”

Houghton was England captain for eight years before handing over the armband to Arsenal defender Leah Williamson for the Euros due to question marks over her fitness.

Centre-back Houghton sustained an Achilles injury in September and suffered a setback when returning to action for City in January before undergoing surgery in February.

The Lionesses play Belgium at Molineux on June 16 in the first of three friendlies – they face the Netherlands at Elland Road on June 24 and then face Switzerland in Zurich on June 30.

Wiegman will soon cut her 28-player squad down to 23 for the Euros, with the Lionesses taking on Austria at Old Trafford in the opening match.

Houghton added: “I think for me the next step and the next aim is to make the squad first and foremost. It’s important that I don’t get too ahead of myself.

“With the squad announcement being pushed back, it gives me more chances and more training sessions to impress.”

The Manchester City left-back is isolating at home, the Lionesses have announced, and will return to training as soon as possible.

Wiegman is not with the squad this week either due to a “close family bereavement” and training is being led by her assistant Arjan Veurink.

Local businesses set to score big with Battle of Alberta