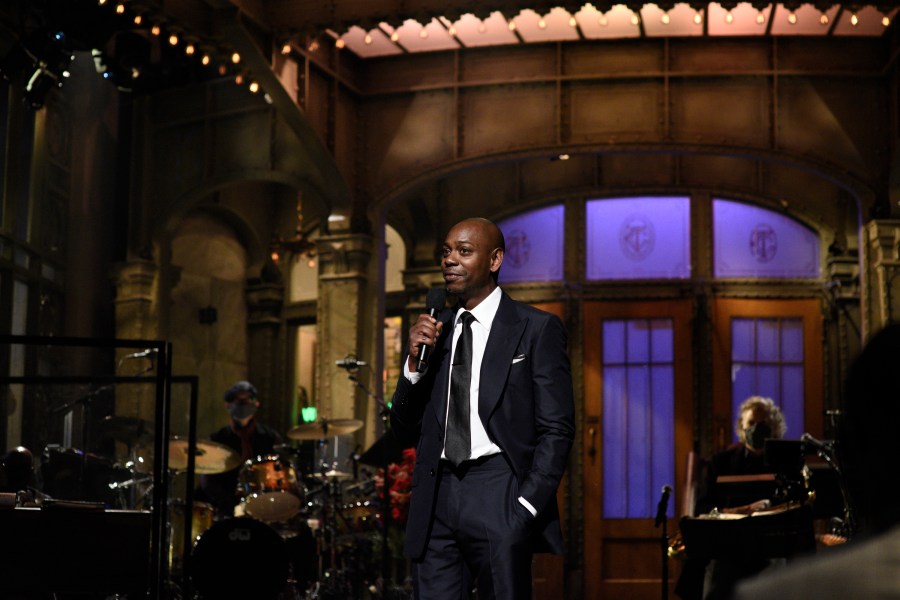 (NewsNation) — Dave Chappelle’s anticipated appearance as host of this weekend’s “Saturday Night Live” is causing some unrest as many of the show’s writers are protesting his appearance. Some writers plan to sit out Chapelle’s episode due to the comedian’s recent string of what they call “transphobic and homophobic jokes,” according to a report from Page Six.


Get the latest news, sports, weather and events delivered right to your inbox!

“They’re not going to do the show. But none of the actors are boycotting,” an insider told Page Six.

Chappelle was at “30 Rock” on Tuesday meeting with writers and producers. “There was no evidence of a boycott,” his representative told Page Six. “The room was full of writers. They all pitched ideas and they seemed very excited about it. … Dave is looking to have some fun.”

“SNL” announced last week the “Chappelle Show” star would host the show with musical guest Black Star on November 12. It will be his third time as host, Variety reported. Chappelle previously received backlash from the LGBTQ+ community following his Netflix special “The Closer,” which angered some viewers because some of the jokes were aimed at the trans community.

After the announcement, “SNL” writer Celeste Yim reportedly posted a picture on Instagram Stories and wrote: “I’m trans and non-binary. I use they/them pronouns. Transphobia is murder and it should be condemned,” the Daily Mail reported. While Yim didn’t directly reference Chappelle, the timing suggested their post was a criticism of Chappelle being chosen as host.

The future is now in Dubai