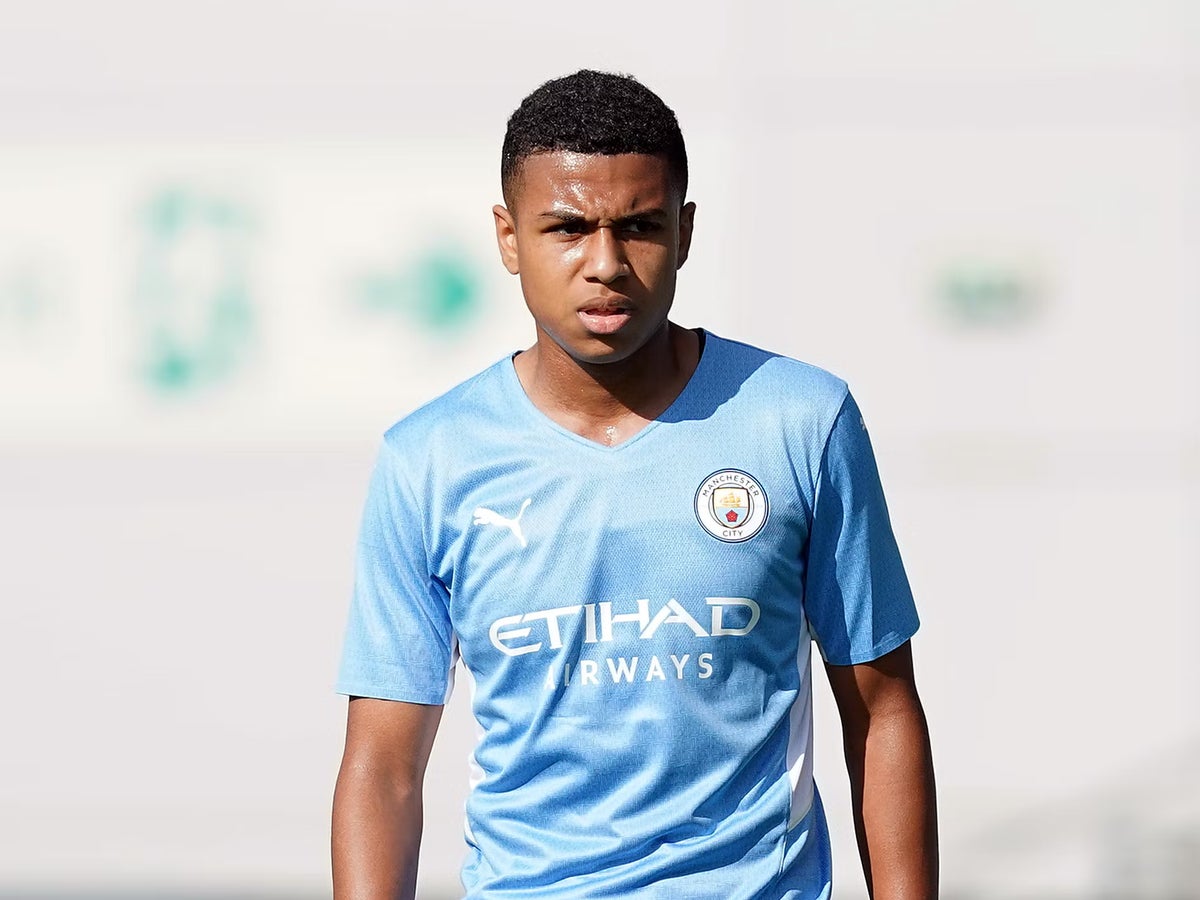 Shea Charles admitted he was surprised to make his Northern Ireland debut in Thursday’s 1-0 Nations League defeat to Greece.

The 18-year-old provided one of the high points of an often flat night at Windsor Park as he came off the bench to replace George Saville with 11 minutes left to go, and the Manchester City teenager did not look out of place.

“I didn’t expect to be playing in this game but obviously I’ll take every opportunity that comes,” said Charles, whose matchday shirt will soon be framed and hanging on his wall.

“It’s a great feeling to make my debut – obviously the loss was a low, but on a personal level it was a big high for me making my debut.”

After the match Ian Baraclough praised Charles’ smooth style as he was able to stroke the ball around, keeping it moving for Northern Ireland as they pushed for a late equaliser that never came against Gus Poyet’s side.

“He just said to go and do my thing, really,” Charles said of his instructions. “I was playing a defensive midfield role so that’s what I went and did.”

Charles is equally adept in defence, and has been long championed by Gareth McAuley, who had worked with him in the under-19 set-up. Charles made the step up to the under-21s in March but immediately graduated to the seniors after impressing in an end-of-season camp.

Charles said he was not really aware of the buzz around him, but he is one of a number of young players in and around Baraclough’s squad that Northern Ireland fans are excited about.

Asked if his debut could be the start of a big career for the country, Baraclough said: “Possibly. I don’t want to heap massive pressure on the young kid. He’s been in the under-21s once. He probably wasn’t expecting to get his debut when we’re chasing the game.

“He didn’t look flustered, he didn’t look hurried in his decision-making. He’s smooth, a lovely player on the ball.”

Not bad for a player who has never played a senior club game, though he is regularly tested when given the opportunity to train with City’s senior stars.

“Whenever we train with the first team, the standard is so high and we’re always learning every day,” he said.

“I’d come against the likes of Rodri and Fernandinho. Yeah, it’s tough but it’s also enjoyable. You learn a lot, not just from them two, but the whole team and obviously the coaches.”

Baraclough said that Pep Guardiola has been impressed by what he has seen of Charles in training, though it is not yet known if his club future might include a loan deal or if he will be among those players City choose to develop in-house.

“We’ll see what happens next year but it depends on how training is going and taking it each game as it goes,” Charles said.

For now, he is focused on Northern Ireland’s away games in Cyprus and Kosovo, and the ongoing search for a first Nations League victory.

“It’s important to get out to Cyprus now and hopefully get a win,” he said. “That’ll boost the confidence for the next two games after that.

“We can hopefully put this behind us but also learn things from this game and put that into our next game.

“We didn’t allow Greece too many chances, but we can’t allow them to score the one chance that they have. That’s probably the main thing.”

Large increase in life insurance claims paid out in 2021