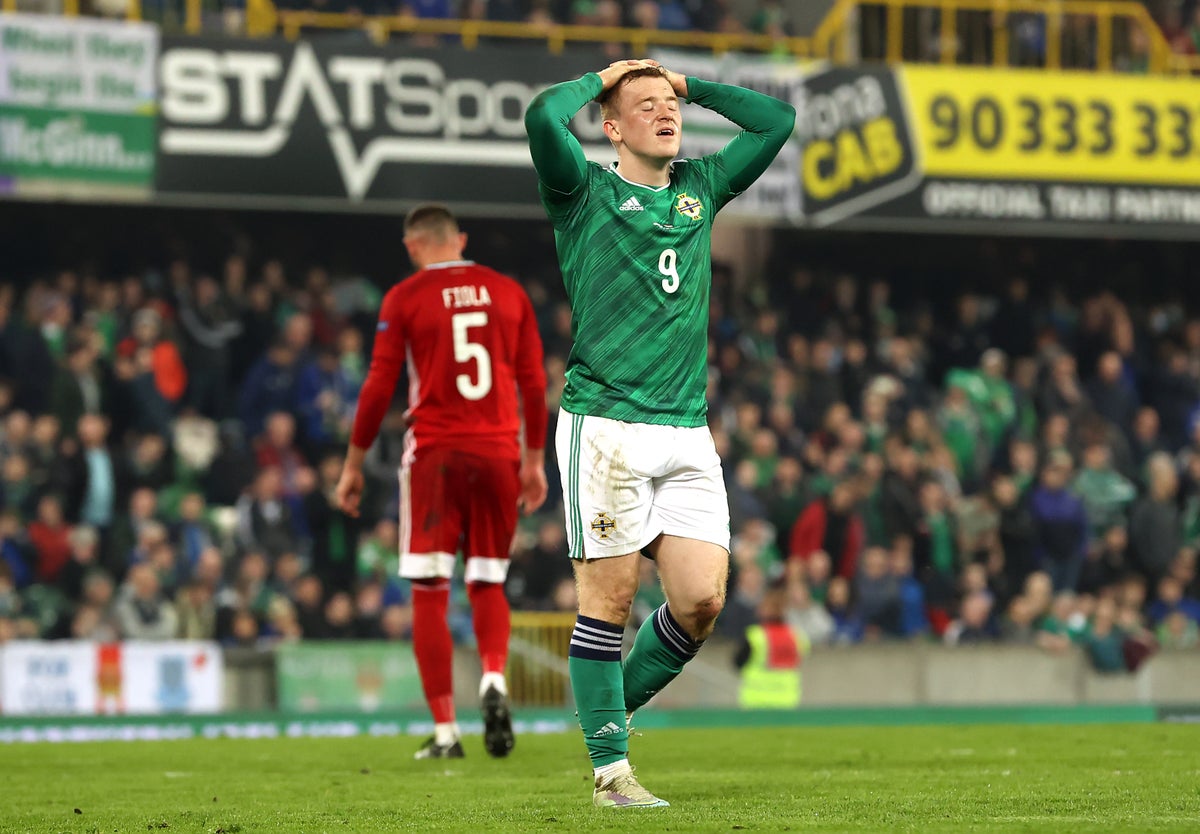 Shayne Lavery wants Northern Ireland to take out their frustrations on Kosovo on Thursday night after the weekend’s drab goalless draw against Cyprus.

A Nations League campaign that began with great optimism, a bullish Ian Baraclough having targeted 12 points from their four fixtures this month, has instead delivered disappointment with an opening 1-0 home defeat to Greece followed by a toothless display in Larnaca.

Northern Ireland, who started this campaign as top seeds in Group Two, head to Pristina in desperate need of a win to stem growing discontent among supporters, who have greeted the final whistles with some jeers in both games so far.

“We want to use the hurt from not beating Cyprus to get the three points against Kosovo,” Lavery said. “I think everyone is motivated to do that.”

Blackpool striker Lavery was a 77th-minute substitute against Cyprus and needed only a couple of minutes to curl a shot narrowly wide, but it was the hosts who had the better chances before Ali McCann missed from point-blank range in the final moments.

“We were disappointed we did not come away with the win,” the 23-year-old added. “We just couldn’t get that finishing touch.”

If there were positives to take from Sunday’s substandard performance, it was a full debut for Manchester City teenager Shea Charles, who impressed with his passing and composure in the first half, while Brodie Spencer and Conor McMenamin got debuts off the bench in the second half.

“It takes time to integrate players,” Lavery added. “However, I feel like we are moving forward and we are looking forward to the game against Kosovo.

“Everyone just wants to play Kosovo now after the game against Cyprus so that we can hopefully put things right. We want to get the three points.

“We are confident that we are gelling more and more as time goes on and hopefully the wins will come with it. There is loads of young talent coming through.”

Those youngsters have been needed on this trip due to the absence of several regulars, including Stuart Dallas, Josh Magennis, Corry Evans, and Craig Cathcart.

Baraclough has said the combination of integrating those new faces, plus the number of players who have not played regularly since their club seasons finished several weeks ago, was behind the disjointed play that has dogged Northern Ireland so far.

“It’s not an easy fix,” the manager said. “I can see when things break down, it’s frustrating, it’s basic stuff and it has a knock-on effect on confidence when it happens and you see that building in the players.

“For me, I’ve said to them about making mistakes, get on with it. If it’s in the final third it’s not a problem. You’ve got to take risks.”

Kosovo will be without Manchester City goalkeeper Aro Muric and Fidan Alti after both were sent off in a 1-0 loss to Greece on Sunday, a setback after they won 2-0 against Cyprus in their opening fixture.

Even so, former France great Alain Giresse has a number of talented players to call upon, including Napoli defender Amir Rrahmani, Norwich winger Milot Rashica and Mallorca forward Vedat Muriqi.

“We have watched clips of Kosovo,” Lavery said. “They have some decent players who are good on the ball.”