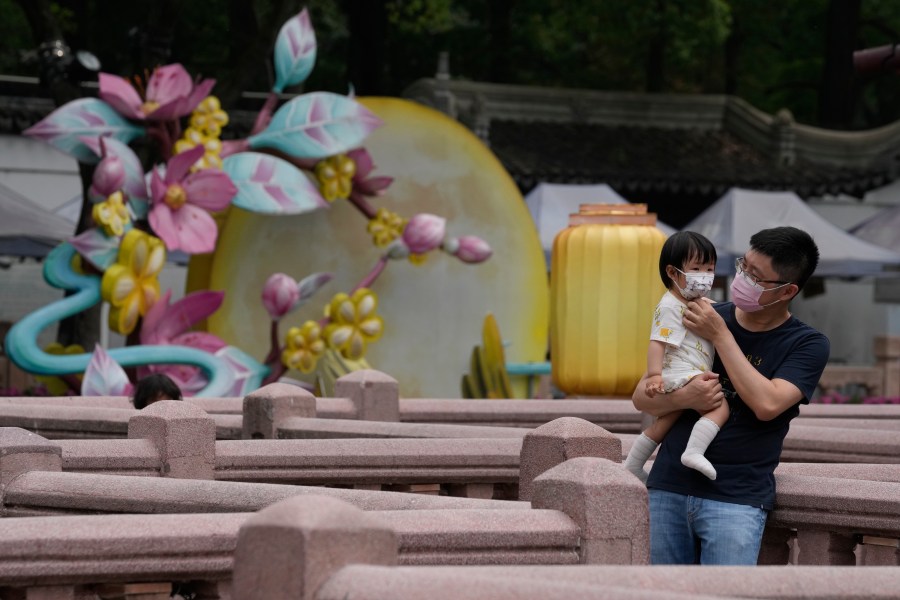 SHANGHAI (AP) — Zhu Rongfang was among a group of friends revisiting their favorite haunt in the center of Shanghai’s historic old town Thursday following the easing of COVID-19 restrictions that had confined many of the city’s 25 million residents to their homes for two months.

The 65-year-old retiree said she had a renewed sense of freedom that was “very nice.”

“The mood during lockdown is very different from now, really. Now it is a kind of re-liberation, a feeling of being released,” Zhu said.

Zhu was taking pictures in front of the City God Temple and its scenic pond that sit at the center of the Yuyuan Garden, which usually bustles with visitors from abroad and within China.

In-restaurant dining is still forbidden in Shanghai, Beijing and other Chinese cities and many communities remain under various levels of lockdown. Authorities in Shanghai have dialed back some of the most intrusive measures that prompted rare public protests, but local Communist Party neighborhood committees have continued to restrict how far and for how long residents can venture out.

Xia Huzheng, who owns a traditional instrument store in Yuyuan Garden, said he was hopeful tourists would return despite China largely keeping its borders closed. Travel between cities and even within districts is discouraged, though not officially banned.

“No foreigners, much less visited and fewer tourists. It should get better, right? It’ll recover gradually,” said Xia, 51, who has been performing on the Xiao flute and selling Chinese classical musical Instruments for more than 20 years.

China has stuck to a “zero-COVID” strategy that requires lockdowns, mass testing and isolation for those infected or in contact with someone testing positive.

That has taken a major toll on the national economy and supply chains for manufactured goods that rely on Chinese producers.

Employment prospects for migrant workers and the 11 million new college graduates have been substantially crimped and private sector forecasters have cut their estimates for this year’s economic growth to as low as 2%, well below the ruling Communist Party’s target of 5.5%.

Shanghai reported just 13 new cases of COVID-19 on Thursday, furthering hopes that all restrictions will soon be lifted.

Commercial outlets in the city’s major business districts have gradually resumed work, opening their doors to customers who still need to show a negative test result over the past 72 hours.

“Today, more than 90% of our stores and merchants are operating normally,” said Hu Huiya, an executive with the office and shopping complex Plaza66 in central Shanghai.

Merchants told the Shanghai Media Group that customers have shown strong desire for shopping on the first day of reopening.

“Now the entire passenger flow is the kind of scene we could only see on weekends before lockdown,” said Shi Jing of Florentia Village, a designer outlet in Shanghai’s Pudong District.

The city’s subway lines also resumed operations on Wednesday, although passenger levels remained at half of those before the lockdown, reflecting an exodus of migrants who have lined up for hours at train stations and airports to return home.

Can China’s cement industry be cleaned up? – SupChina

How Sars has changed tax for annuitants