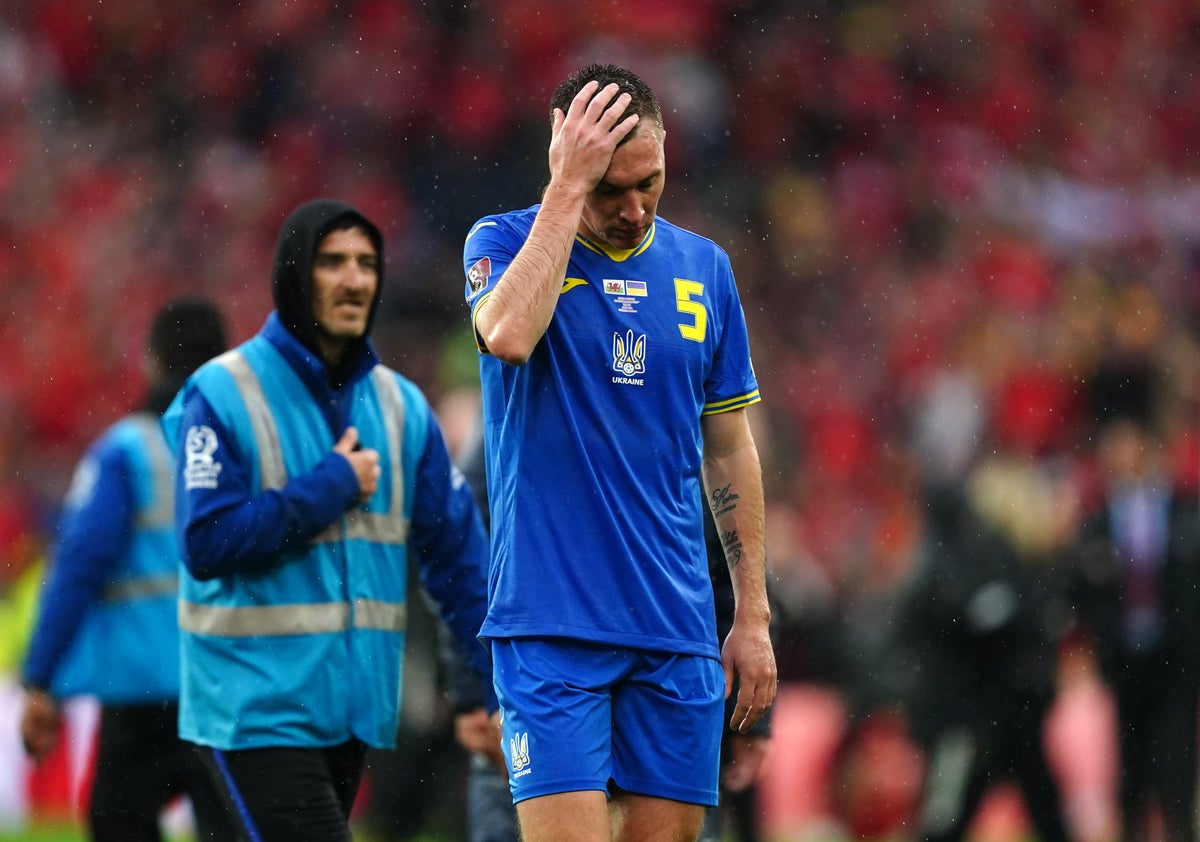 Serhiy Sydorchuk has insisted it is not difficult to get fired up to play football when he knows what his compatriots are going through in Ukraine.

Sydorchuk and his team-mates will return to action against the Republic of Ireland in Dublin on Wednesday evening after having their World Cup dream wrenched from their grasp by Wales on Sunday.

However, while a Nations League fixture may not compare to what was at stake in Cardiff at the weekend, the Dynamo Kiev midfielder needs no extra motivation other than the knowledge of the war raging at home.

Sydorchuk said: “It’s not difficult to get fired up for the game because when you get feedback from Ukraine, when you get to know soldiers watch our games in trenches, people are following us under the bombs, it gives us enormous strength, enormous inspiration, so this game, it’s very easy to get set on.”

Asked if he faced a dilemma over whether to carry on playing football or join the war effort, the 31-year-old said: “The president (Volodymyr) Zelenskyy said when the war started that every Ukrainian should be in his or her place, in order to be helpful in the best way possible to bring victory.

“I think what I am doing on the football pitch is what president Zelenskyy said, in my best capacity to bring glory to Ukraine.”

Sydorchuk, who was used as a substitute against both Scotland in the play-off semi-final and Wales, left Kyiv with his heavily pregnant wife as the capital was bombarded by Russian forces.

He said: “We left Kyiv with my family when the military bombardment, the shelling, started.

“My wife was eight months pregnant, so our first task was to find a maternity hospital suitable for her to give birth to our child.

“What we experienced is what the rest of Ukraine is experiencing now.”

The Ukraine squad arrived in Dublin still processing their World Cup heartache, but with coach Oleksandr Petrakov gently urging his players to move on.

Petrakov said: “I had a series of individual talks to players trying to smile, trying not to show how disastrous the whole thing was. I’m trying my best to support players.

“I can’t be sulking and sad because life goes on. It’s all in the past, the Wales game is in the past. Let’s move on and let’s forget. This is football, this is sport – that’s how it works.”

Football, however, is only part of the story for Petrakov and his players, a fact the coach readily acknowledged.

He said: “I just want to say that I love my country. I want to be back.

“No matter where I travel, I think the best place in the world is our capital, Kyiv.

“I just want to say that I really want to go home and the situation to normalise.”

US gas prices top $5 in 13 states and counting

Quay sunglasses couple up with Love Island for exclusive range