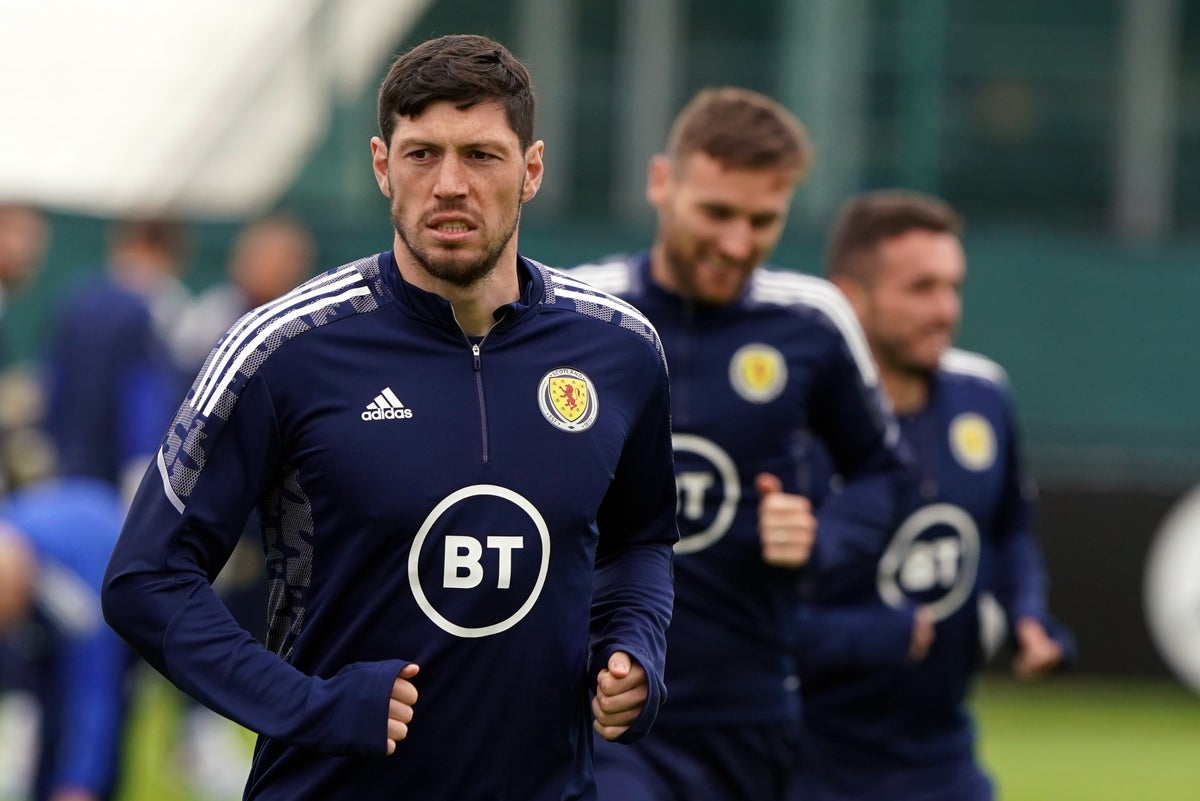 Scott McKenna is hoping to get a chance to shine in the absence of Kieran Tierney as Scotland kick off their Nations League campaign.

The left-sided Nottingham Forest centre-back has been unable to play for the national team as often as he would like as he has been in competition with the highly-regarded Arsenal man, who is usually one of the first names on Steve Clarke’s team sheet.

Leeds captain Liam Cooper got the nod to start the World Cup play-off defeat by Ukraine last week with Tierney out injured, and McKenna is hopeful he will see some game time over the next week as Scotland face Armenia home and away either side of a weekend trip to the Republic of Ireland.

“There’s been a lot of good players playing in front of me but I’ve always been ready to try and take my chance when it comes and now is no different,” said 25-year-old McKenna, speaking ahead of Wednesday’s Hampden clash with Armenia.

“When Kieran’s playing on the left of a back three – the position I play at my club – it’s always going to be difficult to get in there with the quality he has.

“There are also other very capable players in that position. First and foremost, I’m always delighted just to be in the squad because there’s so much competition but hopefully if I get the chance I can do well and keep my place.”

Scotland’s defence toiled against Ukraine last week but McKenna does not believe the absence of Tierney should force Clarke to ditch his preferred system with three at the back.

“We’ve had success with this formation the last couple of seasons,” he said. “There’s absolutely no reason to change it. It’s up to the players that come in to play to the best of their abilities and make it work.”

McKenna met up with the Scotland camp last Monday on the back of helping Forest secure promotion to the Premier League with a play-off final victory over Huddersfield.

“I don’t think there’s many better ways to finish the season,” he said.

“Obviously, it’s a different day, being at Wembley with so many fans and all the pressure on the game. It wasn’t the best of games but thankfully we won in the end.

“I’ve not really thought too much about the Premier League yet because we played on the Sunday and then I was up here on Monday with the squad.

“Getting to that level is something every kid dreams of so I want to stay in the Forest team first and foremost and hopefully experience quite a few games at that level.”