Sarah Thankam Mathews Believes ‘All This Could Be Different’

Explainer: The Indonesian football stadium tragedy – how it unfolded,…

Every year there is the season of the Buzzy Book. Buzzy Books are first-person novels, often about twentysomethings, that take on capitalism and sex in an attempt to say something about The Culture. There’s always a hint of fear when a Buzzy Book finally comes out—the right balance between crafting something beautiful and something that engages with The Culture is difficult to strike. Thankfully, Sarah Thankam Mathews’ debut novel All This Could Be Different (August 2, Viking) is easily a contender for Book of the Year. It’s a confident and warm geode of a novel that follows Sneha as she navigates her first job out of college in Milwaukee and her first relationship with a woman. Mathews’ take on community, gender, and love is revelatory and fresh, never falling into the cloying traps many Buzzy Books do. It’s devastating but never maudlin or cynical, interweaving the way racial capitalism affects daily life without reading like a textbook. These are characters, in Mathews’ words, that “are certainly not saints to each other and they fail each other a bunch of times but there’s not that extractiveness. There’s ultimately this real willingness to look at each other as human and over time commit to each other.”

Mathews has had her fair share of success including a Rona Jaffe Fellow in fiction at the Iowa Writers Workshop and a Margins Fellow at The Asian American Writers Workshop. Her work has appeared in Best American Short Stories 2020, The Kenyon Review, Barrelhouse, the Juggernaut, and Autostraddle. Her writing tackles big questions with pragmatism. “When I’m writing fiction I move with questions and the questions that I was holding were things like what does it mean to care for someone and also want what they have? What does it mean to desire someone and also not see that history trailing behind them like jellyfish tentacles? What does it mean to be a friend when you’re both in need?”

In 2020, Sarah Thankam Mathews founded Bedstuy Strong, working to facilitate mutual aid that grew to a staggering scale. “Everyone has needs, everyone is also a unit of power.” This cooperative view of resource-sharing and facilitation is a through-line in Mathews’ work. “I don’t think it makes a lot of sense to be precious about community, I think it makes sense to engage with it with care and thought and a lack of idealization. I think at its best community can hold us in a sense of security, can remind us constantly and consistently who our people are, and sort of provide an answer or a fraction of an answer to this question: what or who are you living for?”

Much of All This Could Be Different was written in the summer and fall of 2020, inspiring reflections on building solidarity with clear eyes. Originally Mathews had a very different debut novel in mind. “That other novel wasn’t working out, it was really breaking my heart.” It wasn’t until she began what started as a long short story called “Milwaukee” that she found material that hummed on the page. What originally started as a satire of the modern office with a queer romance turned into “something alive.” The work paid off. All This Could Be Different holds big questions about the precariat while also carrying a classic will-they/won’t-they story.

As Sneha navigates dealing with her family living in India alongside her romantic relationship to a dancer named Marina, she again and again tries to segment her life into tidy, neat sections. Friends rarely meet each other, family hears snippets about certain friends but not about others, she begins to spin tales to make sense of the caverns she digs. Sneha calls her family a “geode of silences.” In short, like many queer people, she struggles to let people in. Like many of us, she knows betrayal.

When forming the structure of the novel Mathews knew she wanted to take on the bildungsroman. “I really knew for a bunch of reasons that I wanted the journey of this novel to move from an ‘I’ to a ‘we.’” Mathews set out to challenge the neoliberal idea of the self being formed in a vacuum. Instead, she wanted to show a self being formed through others.

The conservative Western coming-of-age tradition is referenced directly in the book when Sneha’s mother catches her reading Goethe. The two fail to connect over the book in a pivotal moment when they’re trying to understand one another and their relationships to home. “I think that the Western conception of youth has been tremendously powerful and at this point is increasingly global. There’s this idea of a liminal stage between childhood and adolescence where you have freedom and don’t have to take on the full roster of adult responsibilities and what I mean specifically is the work of keeping society functioning as it has been in a conservative way.” Instead, Mathews used the bildungsroman as a form to address the conservative ideas we carry about coming of age–the stark individualism, the failure of the systems we’re told to uphold, and the different ways we navigate love. “I was interested in the collisions of these different characters around race, class, and immigration status when they want to love each other, want to be friends with each other, who care for and come to love each other.”

Love comes and goes in surprising ways in the novel–including a stunningly hot scene involving a Kia Soul gear stick. “I wanted to write a novel that really pushed against shame. The shame that I have felt as a queer person, particularily one who didn’t grow up in any kind of liberal setting… As a young queer person I had really engaged with this idea that Pride—Pride ™ and pride in being queer—involved an absence of shame and I’ve come to a maybe more evolved or inclusive understanding around this stuff, in the sense that it can also be just what you do in the face of shame, shame being a thing that hegemony forces upon you.”

Sneha’s relationship to gender always seems in flux. Still, the novel lends a certain graciousness to its narrator by letting her maintain her agency and ambiguity. The novel offers many questions and certainly has a clear, powerful ending but it doesn’t close every door it opens. This feels refreshing–allowing characters some oceanic mystery that many novelists may have felt the need to resolve.

Mathews grew up between Oman and India before immigrating to Wisconsin at 17. At one point a character calls out Sneha’s relationship to the Midwest, challenging her to remember it as a place that made her when she leaves for a job in DC. “The Midwest was my first home in the United States,” Mathews said. On the East Coast, she found a certain amount of “provincial snobbery.” As a fellow Midwesterner based in New York, I can attest. “I think in some ways I wanted to complicate this trope which is: character makes moves and leaves a place. I wanted a moment of challenge to that.” Mathews’ fierce love for Milwaukee is clear—from its Socialist history to the way Midwest mutual aid helped fuel the early labor movement. 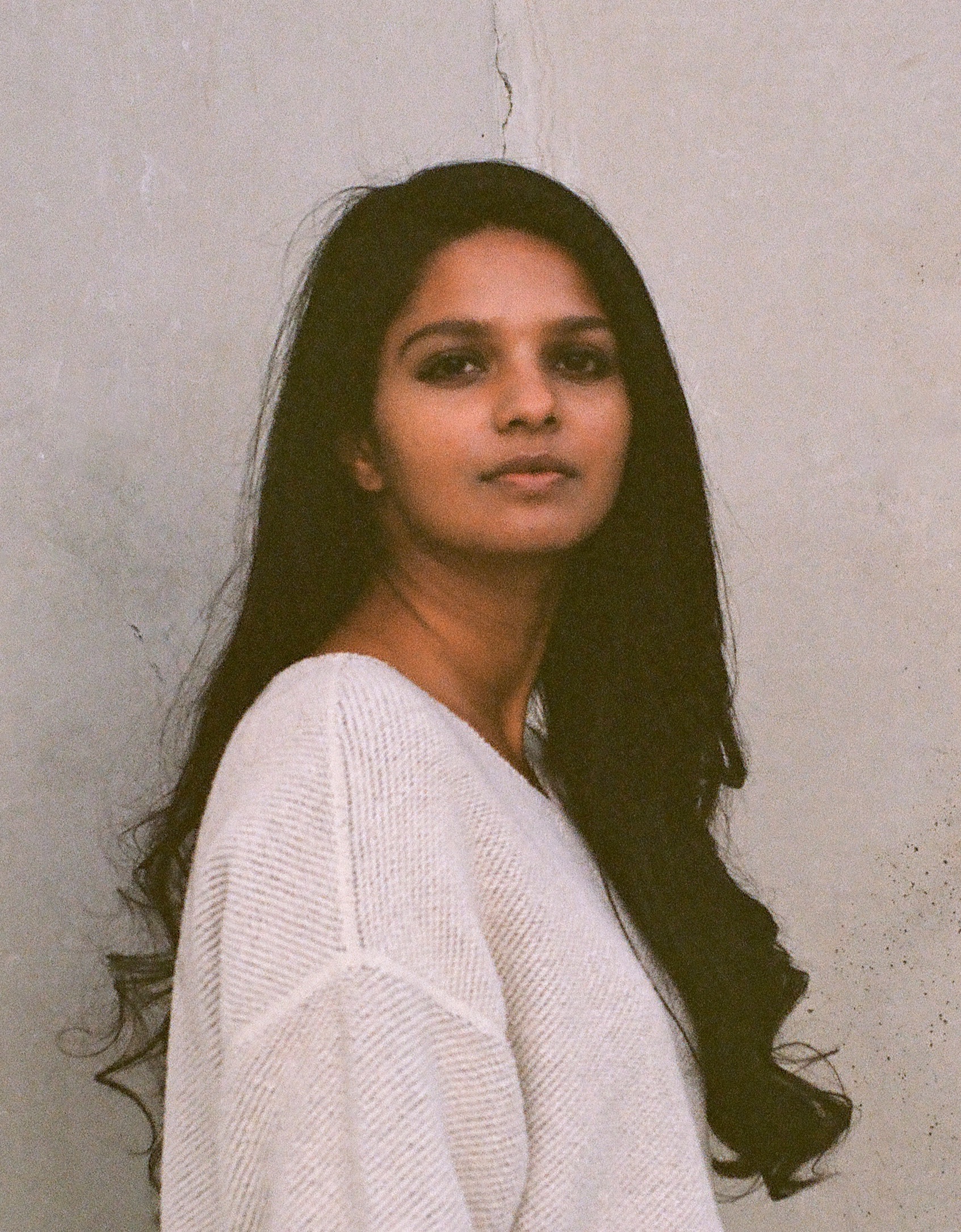 Caught between worlds, Sneha often reflects on how being an immigrant informs her relationship to community and romance: “Because I am crazy I sometimes miss the asteroid, long for my family who were taken away from me, yearn to be back with my people.” Much of the novel is her attempt to reconcile the different worlds she comes from. “She’s really torn between these feelings of love and duty combined with a sense of betrayal,” Mathews explains. “There are ways in which like many young diasporic people her way of thinking is a little bit colonized. Her description of missing the asteroid versus the Sun, which in this universe is the United States of America and all the sort of power it holds, it’s not her being aspirational. It’s just her being truthful.”

Towards the end of our talk I ask Mathews what she’s been thinking about this Pride Month. We inevitably talk about the attacks on queer and trans people—“I’ve been feeling really crushed a lot of the time when I’ve let myself feel what I’m feeling”–before she adds– “I’ve been thinking about two things. I’ve been thinking about historicity, what the nonlinear patterns of actual history which often looks like one step forward two steps back constantly again and again, what can that teach us or situate us towards, a certain kind of resiliency and shielding against despair? I think I’ve also been thinking frankly about militancy, what does it mean to honor our political history as queer people in addition to vibing and communing with other queer people and finding joy which is also deeply, deeply important.” 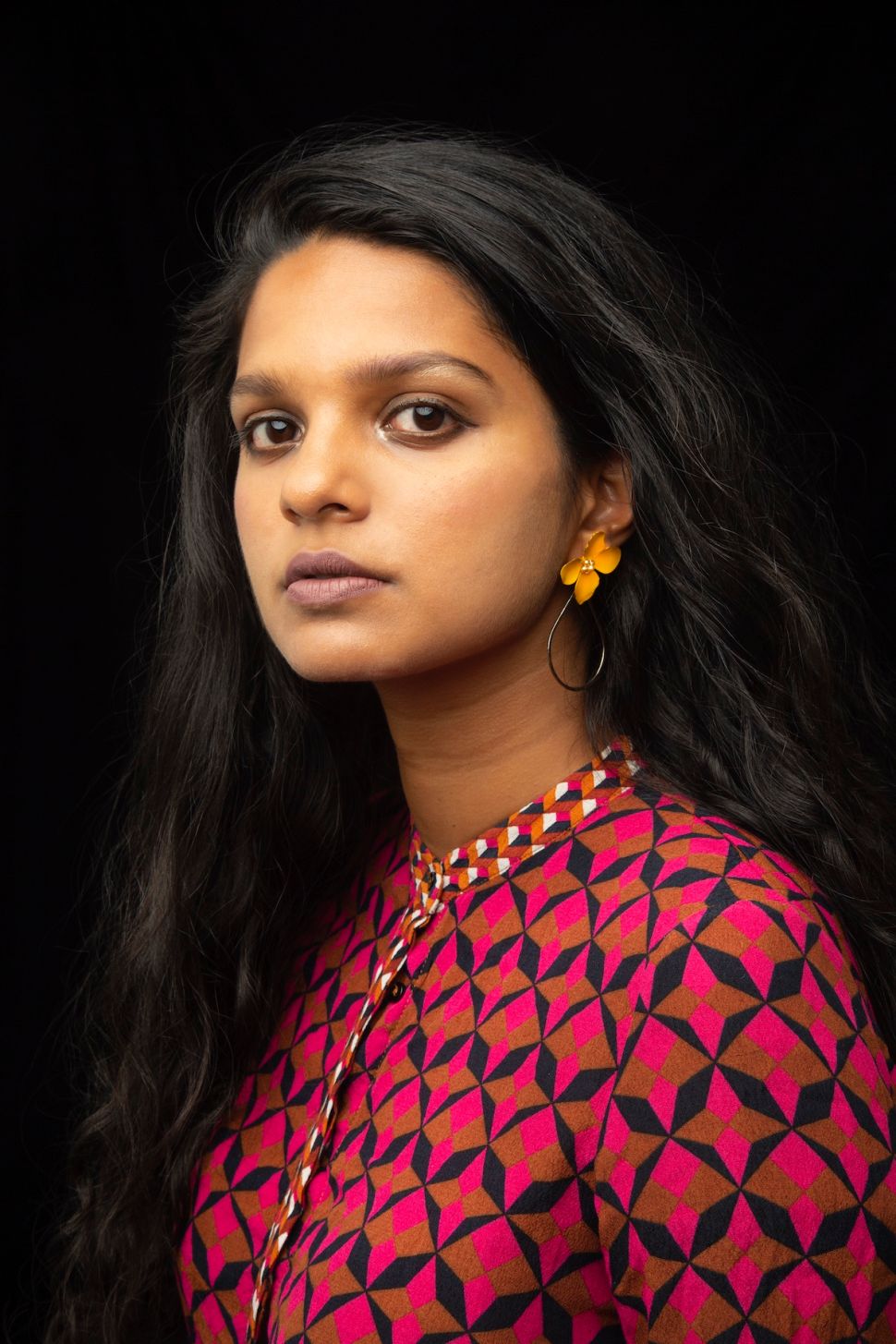 Young woman reports being raped in Hartlepool after night out

Explainer: The Indonesian football stadium tragedy – how it unfolded,…