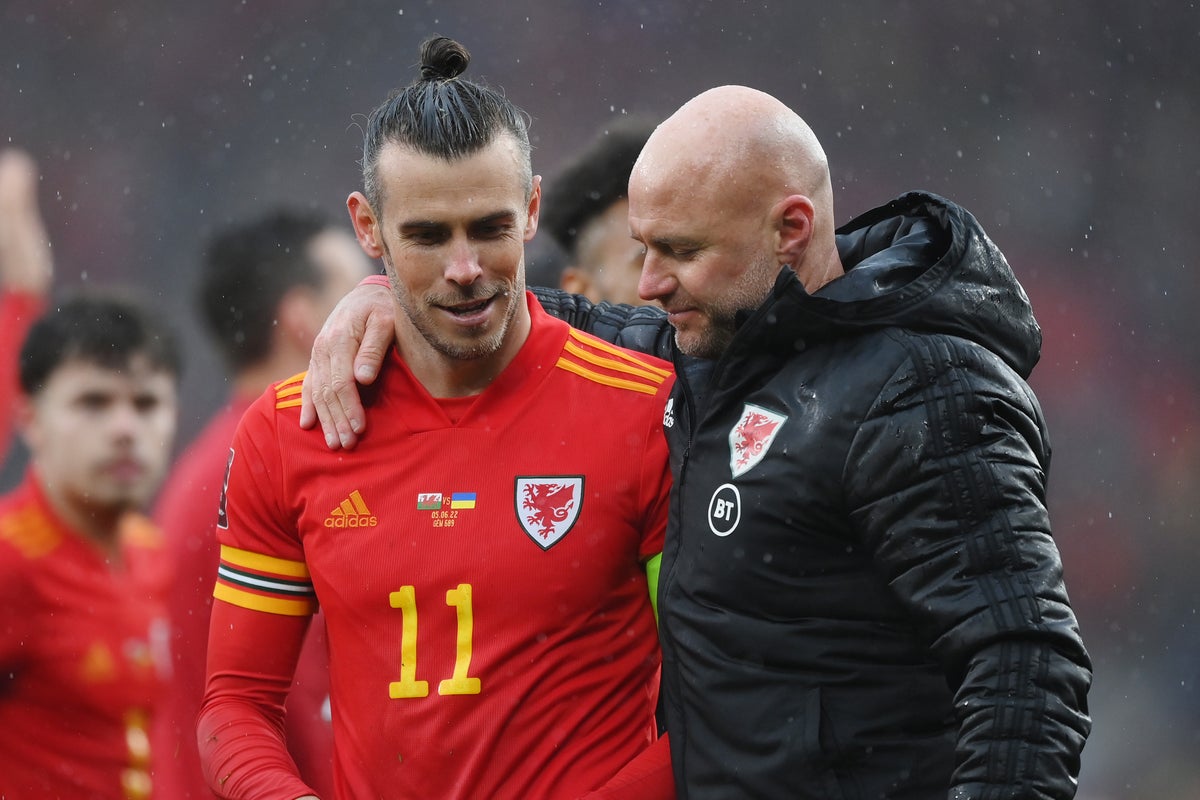 The Cardiff City Stadium echoed to the sound of a song rarely heard in Madrid. “Viva Gareth Bale” rang out as the man himself bounced up and down before the crowd noticed that, amid an ungainly jig, he was pointing to his goalkeeper and close friend. They heeded his advice and switched their attentions to saluting Wayne Hennessey instead. If Bale took Wales to the World Cup, so did Hennessey, whose nine saves included a stunning stop from Artem Dovbyk. A veteran of 102 caps has only made two league appearances in as many years. He traded the role of understudy for that of national hero. “Magnificent, world class,” said his manager, Robert Page. That description is rarely applied to Hennessey, who is normally found on the Burnley bench. For 90 minutes, it may have been true.

Bale’s former club Real Madrid once had a policy of ‘Zidanes y Pavones’, of Zinedine Zidane and Francisco Pavon, of Galacticos and cut-price mediocrities. It did not work. Rather more happily, Wales have a team of Bales and Hennesseys, of the stars and their support acts, all savouring the time spent in each other’s company. “You don’t normally get that at international level,” said Page. “They are not just colleagues, they are best friends as well.” The Bale-Hennessey bromance is symbolic of a marriage between the best and the rest. Wales ended up arm in arm on the pitch, the whole squad providing the backing vocals to Dafydd Iwan’s anthem Yma o Hyd; it translates as Still Here and the 78-year-old singer is among the minority of Wales fans old enough to remember when they were last at a World Cup, 64 years ago. This is another achievement that will be remembered for decades. “The result is the greatest in Welsh football history,” Bale said and if the boys of 1958 may disagree, he could be forgiven the slight exaggeration. It felt a product of teamwork, of a unity that transcended individual shortcomings. Some of the inspiration for beating Ukraine stemmed from a game of cricket in the training camp, some from a quintuple Champions League winner, some from a former Northampton and Port Vale manager who was keen to deflect the credit.

Each played a part. Wales scored three goals in World Cup play-offs: two from Bale against Austria, one versus Ukraine courtesy of his free kick that Andriy Yarmolenko turned in. Yet a lead was preserved as much by Hennessey and by Neco Williams, with a brilliant block from Roman Yaremchuk’s shot. Three of Wales’ starters and all three substitutes plied their trade in the Championship last season. Three more were relegated from the Premier League or Serie A. Only Ben Davies and Dan James began regularly for top-flight clubs that stayed up, and only just in the Leeds winger’s case. Now a country of three million people became the smallest to qualify for the 2022 World Cup. It won’t feature Italy, but it will include Wales.

“An unbelievable feeling,” said Page. “Things like this will stay with you forever. It is the best moment of my footballing career, without doubt.” He is the accidental manager, technically out of contract now the qualifying campaign has ended. But the least glamorous of stand-ins has become Wales’ greatest caretaker. In November, he will surely become the first man to lead Wales in two major tournaments, despite not officially holding the status as manager. In theory, Page is holding the reins while Ryan Giggs is awaiting his court case. In reality, he has shown a sure touch, a low profile, likeable figure who nonetheless got the biggest decision of his career right.

He explained his choice of Hennessey over the regular Danny Ward as simply loyalty to a goalkeeper who had performed well in March’s play-off semi-final. It was downplaying his own input. He did again when contemplating the rise of Welsh football. His essential modesty was to the fore as he said: “Gary Speed started this 12 or 13 years ago, I want to dedicate it to Gary, he started the culture: there was a difference, a change, I have inherited that. Chris Coleman took it to another level and I have inherited that group. We don’t hope to qualify for Euros or World Cups now; we believe we can do it.”

But it is Page who has done it, who finished above Czech Republic in qualifying and then saw off Austria and Ukraine. He has benefited from a greater depth of talent that Wales have often enjoyed, but also from the two players who can elevate them to another level. A fundamental difference between Scotland, beaten by Ukraine four days earlier and Wales, is that Steve Clarke does not have a Bale, and perhaps not an Aaron Ramsey either.

The captain had played 20 minutes for Real since his match-winning turn against Austria, just 97 at club level in nine months. Yet he has a force of personality that is apparent whenever his country calls. He has a cause, a blend of patriotic fervour and the bonds of friendship. In his home city, he helped shape a day, and a feat, that belonged to a tight-knit group and a small nation. “It means everything, what dreams are made of. It is something we will be forever proud of,” he said. Lose and there was the question if a unique career would end. Win and it will go into extra time. The golf course can wait. Those retirement plans can be put on hold. “Maybe for a little bit,” Bale smiled.