Review: ‘Our Father’ and Society’s Obsession with Bad Dads

The Netflix documentary Our Father follows Jacoba Ballard as she uses DNA tests to uncover the truth about her paternal lineage, as well as an extreme version of patriarchal control over women’s bodies. Ballard discovers that instead of a sperm donor, fertility doctor Donald Cline inseminated patients with his own sperm. (Cline is seen in archival footage and portrayed in reenactments by Keith Boyle.) As Dr. Cline’s children discover that the reality of their existence began with violation of their mothers’ bodies, their worlds are shaken.

Dr Cline’s violating acts, once revealed, send his unaware children spinning into identity crises. Unknowing offspring who have been brought up in loving homes suddenly have trauma thrust upon them — new-found daddy issues dumped on their doorstep by the DNA company 23andMe. When Julie discovers the truth of her paternal lineage, she says it “turned her whole world upside down”; she didn’t know who she was anymore.

Daddy issues, despite being categorized as personal problems, are not the fault of the child. To quote Katherine Angel in her essay Daddy Issues: “we are alert to the daughter’s daddy issues, what of the father’s daughter issues?” While they denounce his patriarchal title, they still feel the weight of the Cline’s actions. The mothers are in conflict over the violation and the child they so desperately wanted, while the daughters are pained by the injustices their mothers suffered.

As the documentary continues and more Cline children are discovered – 94 are known at the time of filming – the siblings unite to get revenge on their biological father. They want to flip the script, changing their daddy issues to his offspring issues, seeking criminal justice in the hopes of holding him accountable. The criminal justice system fails them just as it fails many survivors of male violence.

Apparently, Dr. Cline has not technically committed a criminal offence, although this is disputed. The lawyer brought in to help the Cline children to seek criminal justice labels Jacoba and her siblings as “emotional,” a condescending term used to undermine the children’s claims. He is not able to determine what law has been broken. As Jacoba takes the stand to make a witness statement her prepared speech is continually interrupted, the siblings cannot even voice their pain. In this court of law where men’s crimes go unpunished it feels like men protecting their own, the patriarchy is upheld over the lament of the victims.

In Our Father the children are understandably reeling from the paternal betrayal and yet the fathers who raised them are nowhere to be seen. The biological truth has given Dr. Cline power over these families and the father figures have fallen off screen. Despite their devotion to their children, the violating sperm has taken precedence over years of care and commitment. A biological absentee dad has been given more weight than the dads who partook in child rearing, showing just how much weight biological fatherhood holds in society, regardless of inaction.

When Jacoba and the others meet their bio-dad for the first time he notes down all of their professions in his notebook. Jacoba says in the documentary, “It was almost like he was ranking us.” Despite his lack of involvement in his children’s lives the absent father still claims the achievements of his offspring. Much like Meghan Markle’s father, coming out of the woodwork to claim his daughter only when the news of her royal wedding broke. Neither will accept responsibility for the damage they’ve inflicted but will proudly accept their role as father for the successes of their children.

Our Father offers an example of the absentee father demonstrating that even in extreme circumstances the father in patriarchal society is not held accountable in the same way the mother is. We have terms like ‘hands-on father’ because we praise a dad for his involvement with his offspring, but we expect this for women, so there is no feminine equivalent. Dads do not have to be as sinister and violating as Dr. Cline in order for us to hold them responsible for their poor parenting, or lack thereof. Katherine Angel goes on to remind us to hold all dads to account, we easily despised the overtly abusive but must keep the liberal dads on the hook too.

The hands-off business man is still an absentee father figure that penetrates our tv screens. He may not be hiding behind a newspaper at the end of the kitchen table anymore but his privilege is still apparent through his ability to prioritise his needs, career and social calendar before the family.  In the British comedy series Motherland, Julia’s (Anna Maxwell Martin) husband Paul (Oliver Chris) is rarely pictured in the home, seeming to reside solely on the other end of the phone. Telling Julia from work or a lads’ holiday that he cannot help with the in-laws, kids or chores. The audience gives him a pass for his poor parenting and refusal to help his partner because he’s bringing home the bacon. We accept him because he endures (from a distance) the annoying traits of his kooky wife.

But we don’t allow Julia the same compassion for her selfishness. Although she shares the same traits as Paul, her reluctance to take on the domestic role makes her a bad mother. Throughout the show her character and ability to juggle parenting with work is constantly questioned whereas due to his absence the father remains unscathed, despite the pair being just as bad as each other.

Another father that receives no criticism while letting his wife take the fall is Modern Family’s Phil Dunphy (Ty Burrell). Phil is a master of weaponised incompetence. A term which has recently gained popularity as it outlines the way one partner (usually men in heterosexual couples) will play up their ineptitude so that the other partner will take over the task. By going about this task without effort or thought the goal is to prevent being asked to do it in the future.

Phil Dunphy is the ultimate goofy dad who is incapable of making any adult decisions, he can’t even be trusted to go to the store without making absurd purchases like an alpaca. Whether Phil’s stupidity is conscious or not, these funny moments endear us to him while leaving Claire (Julie Bowen) to pick up the pieces, look after the family and come off as the nagging wife. He’s viewed as a great dad for his presence while Claire is often visibly twitching and shaking her head due to his continuous ineptitude. He has the gift of everlasting youth bestowed by his white male privilege, so just like Peter Pan he never really has to grow up.

Whether absent or present we all end up affected by our fathers. Their patriarchal privilege has ripple effects. Many liberal dads that klaxon their feminist allyship will look at those brutish representations of fatherhood and think it’s only these extremes dads, capable of abuse and prejudice, that cause long-lasting harm to their children. Not understanding that the Saturday dads who take the kids off mum’s hands for the day, patting themselves on the back for their involvement in their child’s upbringing still have an effect. We end up re-enacting the same roles we watched play out through our childhood taking on all the emotional labor, while excusing men for their lack of domestic ability. Even though these aren’t really our daddy issues, these are our father’s issues that through their lack of accountability become our own.

Just once I’d like to see a dad take onus for creating their daughter’s daddy issues. I’d like to see a father doesn’t expect a gold star just for upholding his part of the parental bargain he consented to when the couple embarked on starting a family. This starts with society making an active effort to hold all its fathers to account. Regardless of whether they are sinister absent parents like Dr. Cline or presence daft dads like Phil Dunphy. 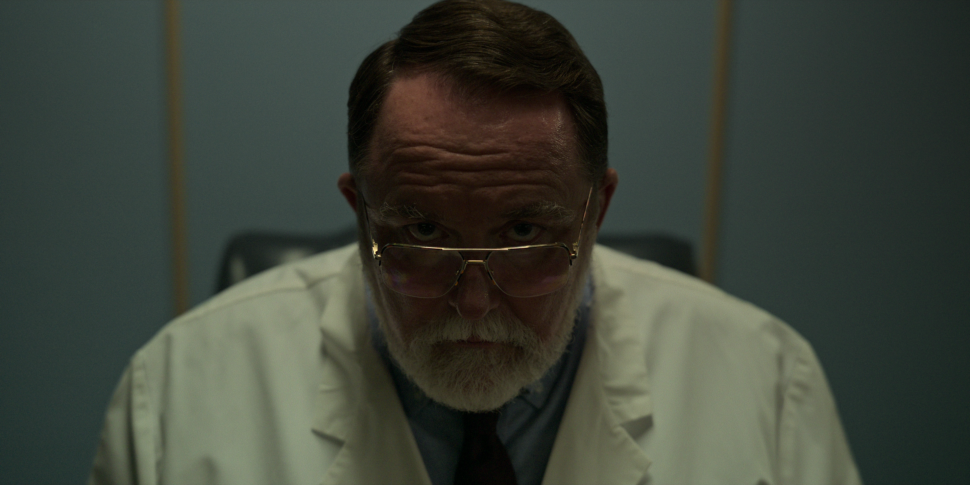 International Women’s Day: How can tourism break the bias?