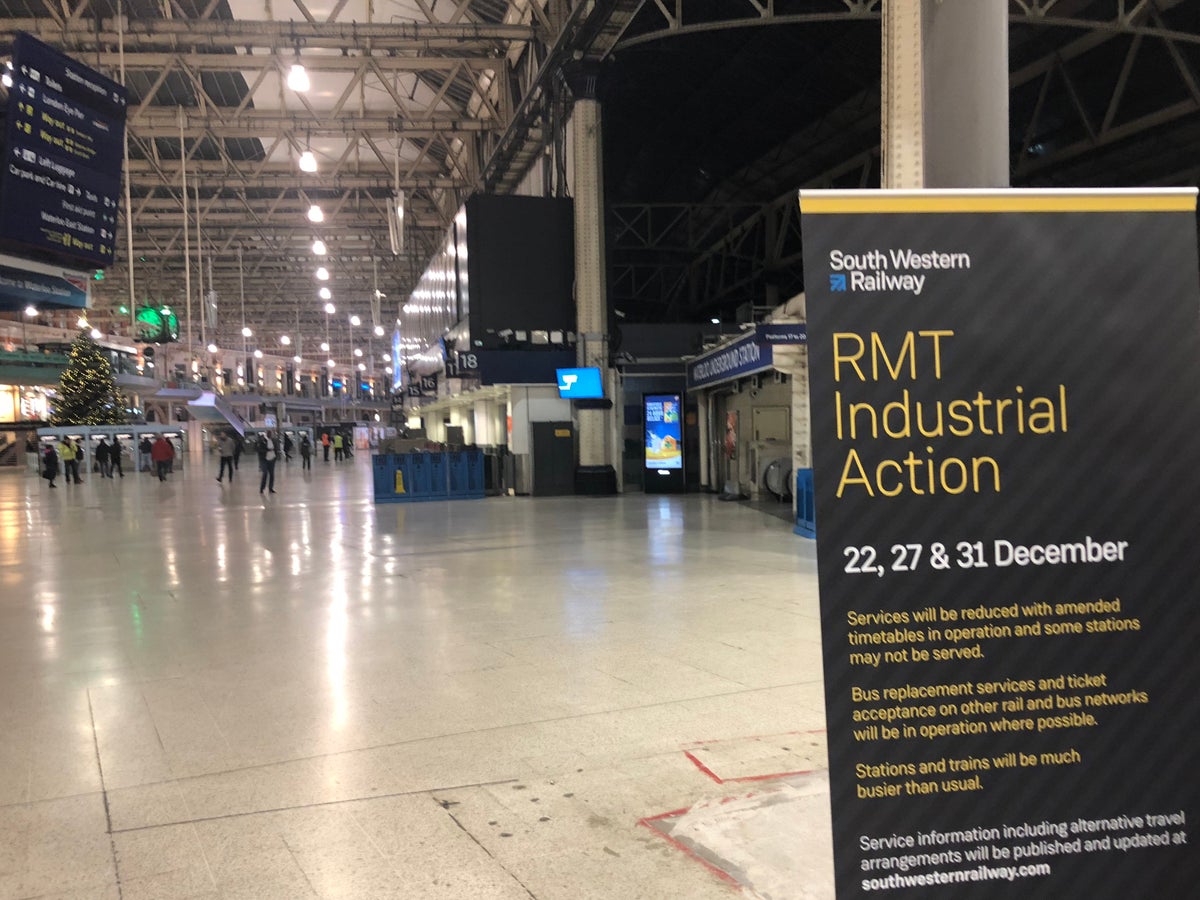 Do you think, a reader asks, the train strike for later this month will actually go ahead? Yes, and to be clear that near-certainty applies to all three national rail strike days – 21, 23 and 25 June – called by the RMT union on Tuesday. It is also inevitable, in my view, that the “bonus strike” on the London Underground called to coincide with the first day on 21 June, will take place.

My belief that the strikes will happen is because of a gulf between the sides that looks almost unbridgeable. Ostensibly this is a dispute with the main railway union on one side and, on the other, Network Rail (the infrastructure provider) and 13 train operators – including Northern, South Western Railway, Southeastern, LNER, Avanti West Coast, West Midlands Trains and GWR.

In reality, though, the RMT is taking on the government. Network Rail is part of the Department for Transport (DfT), and while many of the train operators are privately owned they are simply outsourcing providers running services as prescribed by the government.

The union is in dispute over pay, redundancies and “a guarantee there will be no detrimental changes to working practices”. The government wants costs cut because of the collapse of ridership and revenue – around 25 per cent down on pre-pandemic times. Cost-cutting will involve some radical restructuring of an industry that, in many respects, has antiquated industrial agreements.

The RMT is more militant than other unions. Because of the natural monopoly of the railways, and in particular Network Rail, it wields substantial power to cause economic – and emotional – pain on behalf of members who say they have undergone a pay freeze while inflation soars.

Ministers, meanwhile, say rail workers have had their jobs protected during the coronavirus pandemic with the help of £16bn in taxpayers’ money. The government is in no mood to meet pay demands it sees as excessive.

Despite their protestations about finding a negotiated settlement, both sides, I venture, are not averse to finding out the effects of the strikes. The RMT is keen to show it can close down almost all of the rail network, while ministers are seeking signs of faltering commitment on the part of union members – and evidence that, in the Zoom era, rail strikes are far less effective than once they were.

However the first three one-day strikes turn out, one side or the other will seize an advantage – but their adversary will not necessarily capitulate.

The last big national rail strike took place in the summer of 1989. While that was a very different time in many respects, there are some strong similarities between then and now: a Conservative government that had been in power for over a decade, against a determined left-wing union.

At the time one MP said: “The malaise that affects that once great industry is clear to see – a constant struggle between employers and employees to extract the last ounce of concession, with the innocent public left as the victims.”

So it will prove again, I fear, with both short-term pain for the traveller and long-term harm for the railway industry.