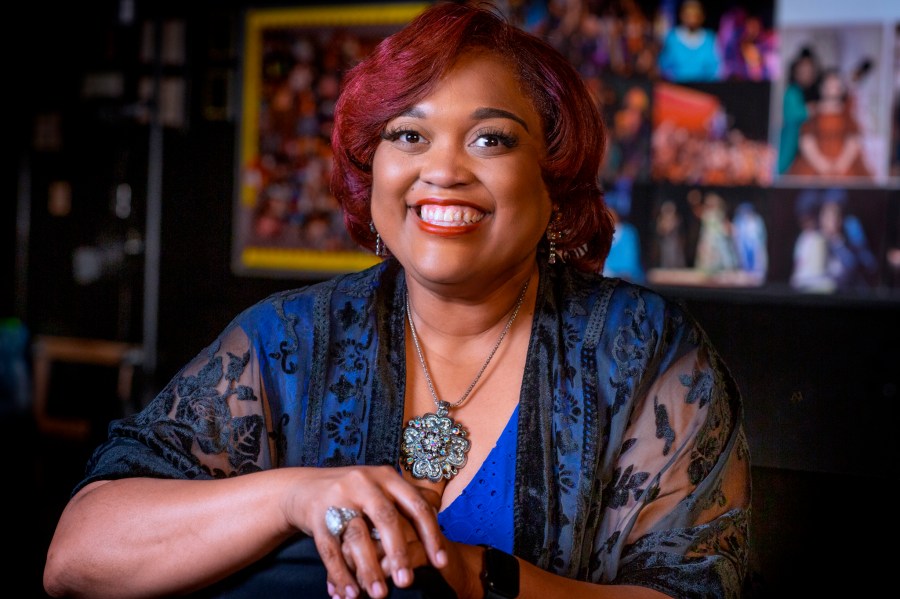 NEW YORK (AP) — The special Tony Award that honors educators will go to a drama teacher in Texas who argues that “musical theater has a unique way of bringing people together.”

Roshunda Jones-Koumba, the theater director at G.W. Carver Magnet High School in Houston will receive the 2022 Excellence in Theatre Education Award on June 12 at the Tony Awards in New York City.

The annual education award bestowed by the Tony Awards and Carnegie Mellon University recognizes U.S. educators from kindergarten to 12th grade who have “demonstrated monumental impact on the lives of students and who embodies the highest standards of the profession.”

“In theater we accept all, so you’re not afraid to be yourself. And that gives you confidence to do anything you want, enables you to work with different people, and to be a better all-around person,” Jones-Koumba said in a statement. “Theatre is Life. I’m very grateful to The Tony Awards and Carnegie Mellon University for this honor.”

The award includes a $10,000 prize and a pair of tickets to the Tony ceremony and gala. A panel of judges comprised of the American Theatre Wing, The Broadway League, Carnegie Mellon and other leaders from the theater industry selects the winner, based on candidates submitted by the public.

“I’m an advocate for arts education everywhere. It doesn’t matter how much funding or support you have; magic can be created with determination and creativity,” she said when she won the Schwartz award. “Musical theatre has a unique way of bringing people together from different backgrounds and experiences to create theater magic.”

In 2020, Jones-Koumba was inducted into the Texas Thespians Hall of Fame and received the inaugural Arts Educator of the Year from the TUTS Leading Ladies organization. She was also TxETA’s 2017 Educator of the Year and Aldine ISD Carver High School’s teacher of the year in 2009 and 2014.

Jones-Koumba is a graduate of Prairie View A&M University with a bachelor’s degree in theatre and a master’s of education in administration. The city of Wharton, Texas, has declared June 28 as a day to honor her.

Mark Kennedy is at http://twitter.com/KennedyTwits