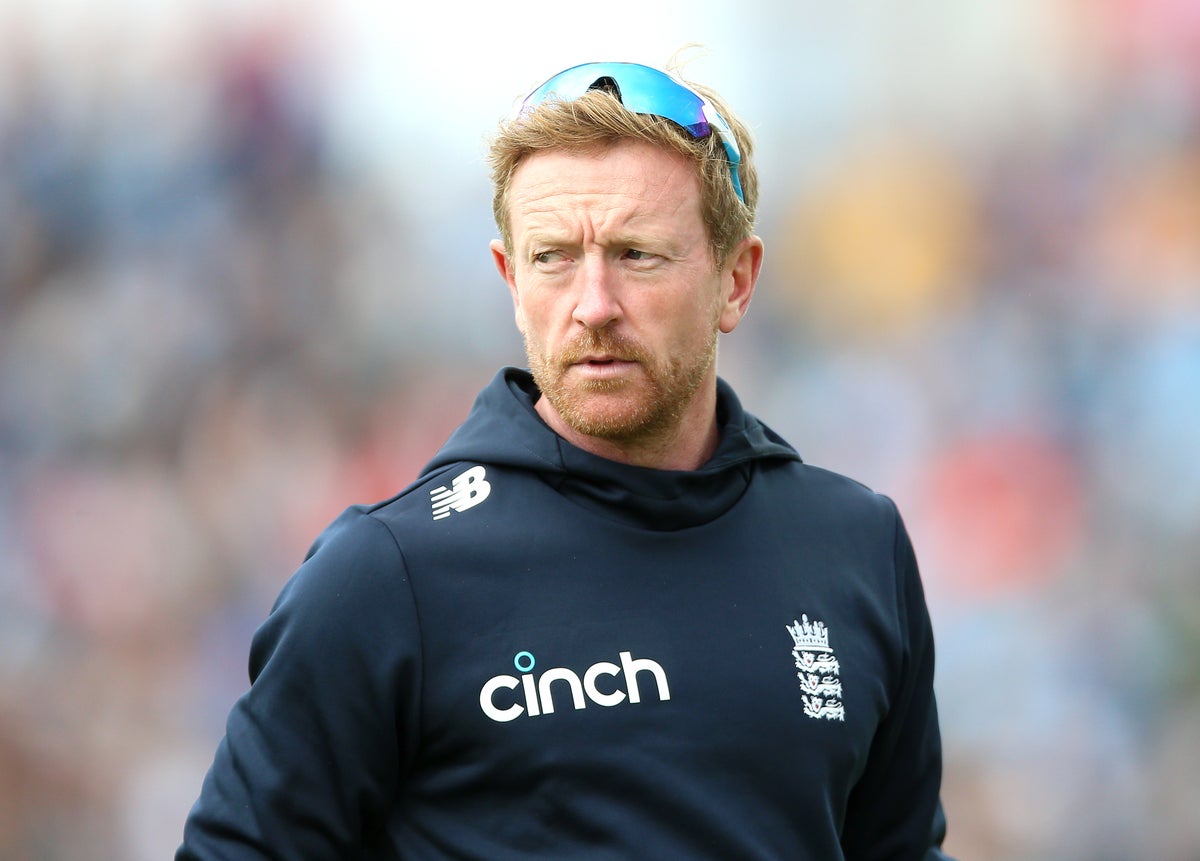 An unbroken 180-run stand between Black Caps pair Daryl Mitchell and Tom Blundell was worth more than either team’s first-innings total, leaving the tourists holding all the cards as they progressed from 56 for four to 236 without further loss.

The duo will resume with their side sitting on a handsome 227-run lead and in sight of twin centuries – Mitchell just three short, with Blundell needing 10.

Unless England can find their way out of trouble in a hurry on Saturday, it will be a struggle to avoid defeat in the first match of Ben Stokes’ captaincy reign.

It would be a frustrating way for Stokes and new head coach Brendon McCullum to begin their tenure in charge of a side who have tasted victory just once in the last 17 matches, but Collingwood insisted an early bump in the road would be no reason for alarm.

“We know that things aren’t going to change overnight. It’s going to take some time that we get the team playing the way that we want them to play. Obviously that’s a work in progress,” he said.

“Brendon’s a glass-half-full kind of man. He’ll stay calm, he won’t change his values and beliefs just because of one innings, that’s for sure, and neither will Ben.

“We came out of that first day all evens, both teams got pretty much exactly the same score. It’s disappointing that we haven’t gone ahead and created a big lead, but if you dwell on it for the rest of the game that’s no good. This game’s not out of our reach yet.”

Collingwood, a T20 World Cup-winning captain with England in his own playing days, also saw signs of encouragement from Stokes as he tried to conjure a breakthrough that never came.

“From our point of view we tried everything, and you can see in Ben that we’ve got a proactive captain who is willing to try different things,” he added.

One of the weapons at his disposal was the leg-spin of Lancashire’s Matt Parkinson, who was drafted in from Manchester as a concussion substitute for the stricken Jack Leach.

Parkinson made a long-awaited debut after two years on the fringes of the team but failed to create any real danger for the resolute Mitchell and Blundell over the course of 14 overs. With only gentle spin on offer, he struggled to force errors from two set players and will be eager to make his mark on the third day.

“I’m sure it’s been a big shock for him, he was in his back garden on Thursday afternoon,” he said.

“He gets a phone call, rushes down to London, receives his cap off Jeetan Patel and goes straight out there. There wasn’t a hell of a lot of assistance out there, but what you can see he is a pretty accurate leg-spin bowler and I’m sure he’s delighted with the experience.”

Blundell has his eyes on a third Test century after 182 balls of hard work alongside Mitchell but insisted helping the team was a bigger priority than any personal goals.

“We’ve got a job to do for the team, then the milestones take care of themselves,” he said.

“It would mean a lot, but there is a long way to go in this game. It was a tough situation to come into (at 56 for four), but me and Daryl showed intent and on that sort of wicket, if you show that intent the runs will come.

“We just spoke about trying to build a partnership and we ended the day pretty well.”

How many fans are there at Hungary vs England?