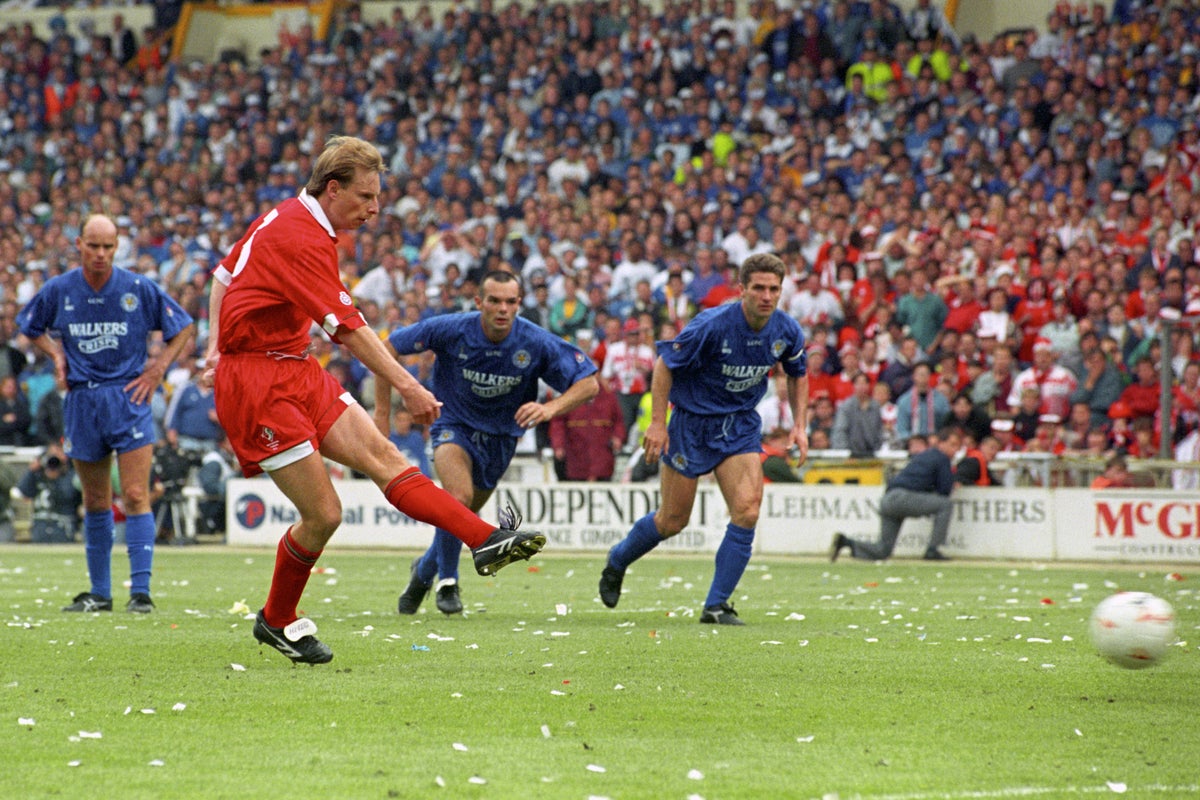 Paul Bodin hopes Wales’ World Cup dream is not decided by penalties after becoming a spot-kick villain nearly 30 years ago.

With Wales needing to beat Romania at home to qualify for the 1994 World Cup, the score was 1-1 when Bodin thudded a 63rd-minute penalty against the visitors’ crossbar.

Romania went on to win 2-1 that night at Cardiff Arms Park in November 1993, qualifying for the following summer’s World Cup in the United States.

Wales have not been as close to qualifying for a World Cup since, but beating Ukraine in Sunday’s play-off decider would end a 64-year absence from the finals.

Bodin said: “I certainly hope it doesn’t come down to penalties.

“I wouldn’t wish that on anyone. I hope the game can be sorted in normal time, or extra time.

“We’ve got enough firepower, and as long as we can keep them out, which we’ve done well at Cardiff City Stadium, we’ve got a great chance.

“It’s been a great home for us, and Ukraine will know they’re in for a tough game.”

He had scored all three of his previous penalties for Wales, and was known for drilling his spot-kicks rather than placing them.

Bodin struck the Romania penalty so hard that it flew back off the bar high over his head.

Fate decreed that Bodin would score from the spot against Ipswich in the Premier League just three days later.

“It was a long time ago now but we still remember it,” said Bodin, who three decades on from his spot-kick anguish is Wales Under-21s manager.

“I don’t know if I’ll ever put it to bed because it’s in the record books.

“Unfortunately, we didn’t quite get there with the likes of Rushie, Sparky, Deano and Giggsy.

“But there’s a real spirit in this group now, and they’ve got the experience to draw on from the European qualifying campaigns.

“They’ve had many big nights now, so it’s not as if they’re going into this without any experience.

“Rob (Page, manager) is getting the best out of the players, and let’s hope that, come June 5, we can all celebrate.

“Maybe I’ll have an extra glass of champagne that night myself.”