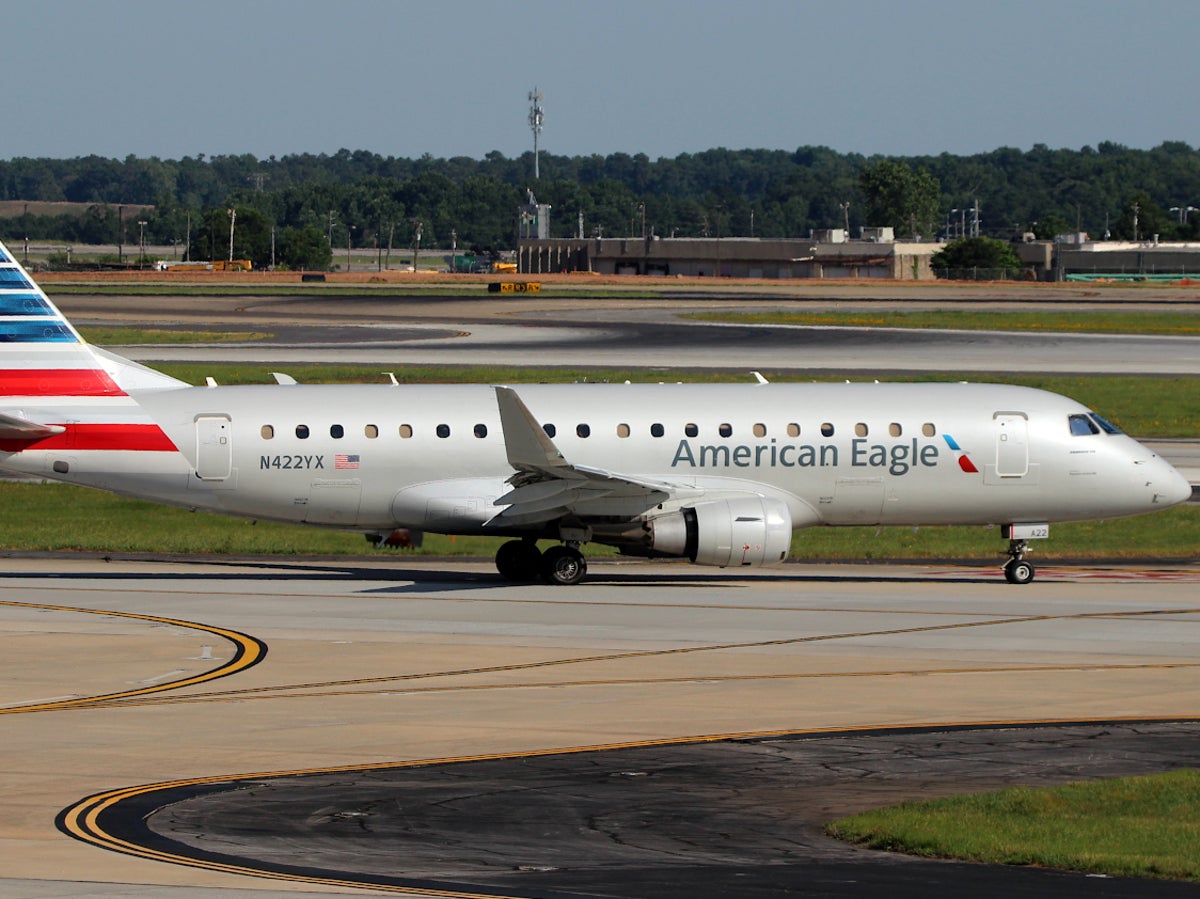 Passengers onboard an American Airlines flight reportedly screamed, cried and prayed as the plane cabin filled with smoke.

Flight 4827 was due to depart Indianapolis and fly to Chicago on the morning of Saturday 4 June when take-off had to be aborted.

Operated by regional airline Republic onboard an Embraer 170/175 aircraft, the flight was evacuated, with passengers forced to use inflatable slides.

One passenger who’d been on the plane told View from the Wing that fellow travellers were “crying and kind of screaming and you could see people praying”.

He added that they “started seeing smoke coming from the cabin door and smelled something burning.”

A Republic spokesperson said: “All customers and crew members were safely evacuated,” adding that they were “working with our partner to get customers to their destination as quickly as possible.”

Passengers were returned to the terminal to rebook on alternative flights.

It’s not the first time smoke has scuppered a flight.

In January 2020, terrified passengers were filmed screaming and crying as thick smoke poured into the cabin of a Ryanair plane mid-flight.

Smoke began to flood the packed cabin just moments after the Boeing 737-800 took off from the Romanian capital of Bucharest, climbing thousands of feet into the air.

A woman can be heard crying in panic in footage filmed on board the aircraft, while a man can be seen grappling with an overhead compartment in an apparent attempt to release an oxygen mask.

The flight to London Stansted was grounded just minutes into the journey after the pilot declared an emergency and returned to Otopeni airport.

Russia begins returning bodies to Ukraine from the Azovstal steelworks