Pakistan reports 7th polio case of this year amid outbreak 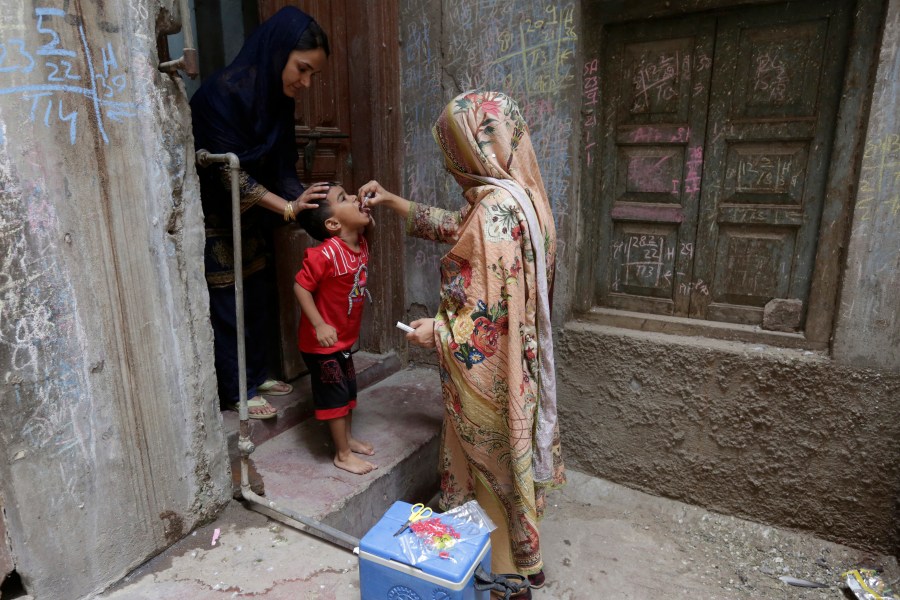 ISLAMABAD (AP) — Pakistani health authorities on Friday confirmed the seventh case of polio so far this year, saying it was registered in the country’s former Taliban stronghold in the northwest, a region bordering Afghanistan.

The outbreak, after the first polio case of 2022 was registered in the same region in April, is a blow to the Islamic nation’s efforts to eradicate the disease, which can cause severe paralysis in children.

All seven cases have been reported in North Waziristan, a district in the Khyber Pakhtunkhwa province where the government has launched an investigating into the outbreak. Parents in the region often refuse to get their children inoculated.

Pakistan’s Health Minister Abdul Qadir Patel issued a statement Friday, saying authorities were taking steps to protect the gains made by the government’s polio eradication program in recent years. He urged parents to get their children vaccinated.

North Waziristan, a former tribal region, was a stronghold of the Pakistani Taliban until recently, when the military claimed to have cleared the region of militants following several widescale operations there. However, attacks still persist.

Pakistan has for the past 25 years carried out regular inoculation campaigns in which health workers go door-to-door to give polio drops to children. Most of the workers are women, as they can get better access to mothers and children. The anti-polio teams are often escorted by security forces.

So far this year, the government carried out three nationwide anti-polio drives — in January, March and in May. During the March campaign, gunmen in northwestern Pakistan shot and killed a female polio worker as she was returning home after a day of vaccinations. And in January, gunmen shot and killed a police officer providing security for polio vaccination workers, also in the country’s northwest.

Pakistan and Afghanistan are the only countries in the world where polio remains endemic. In 2021, Pakistan reported only one case, raising hopes it was close to eradicating polio.