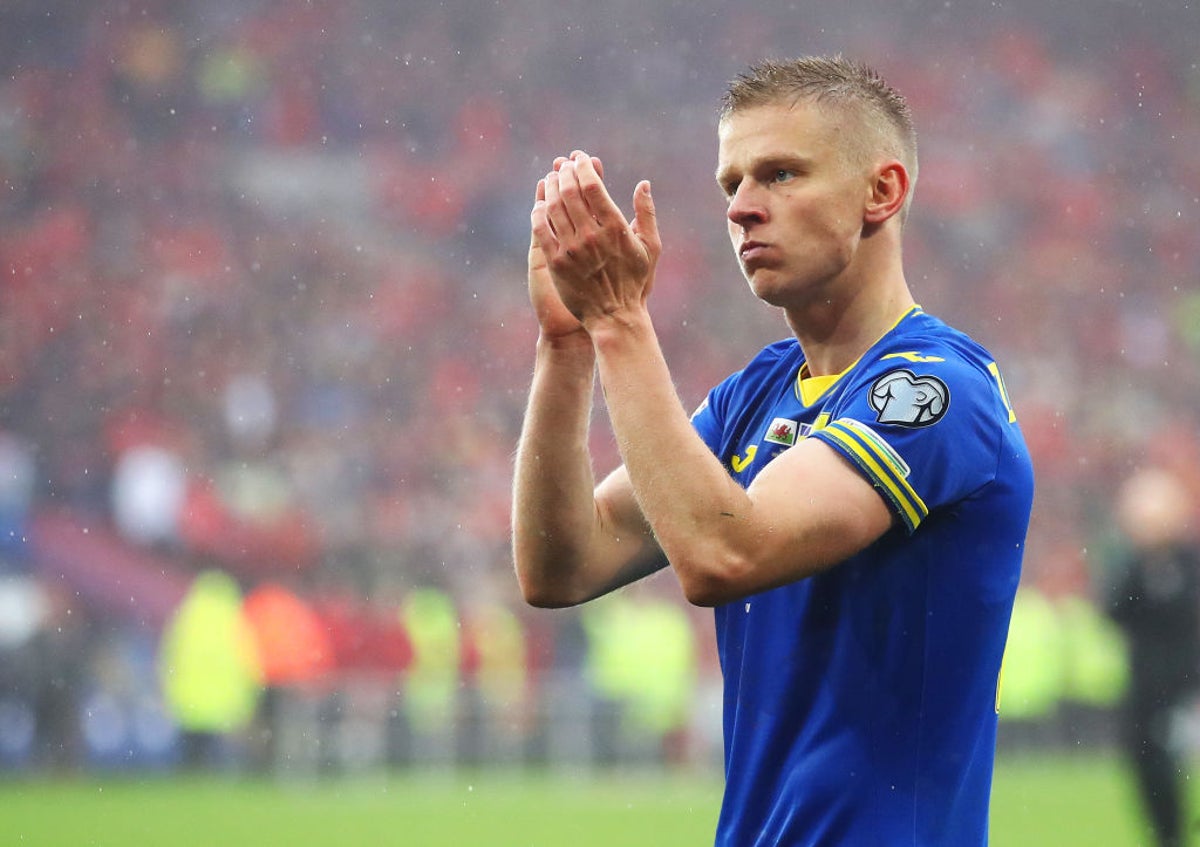 Oleksandr Zinchenko praised his teammates’ efforts and desire after a 1-0 defeat to Wales left Ukraine missing out on the 2022 World Cup.

An emotional occasion at the Cardiff City Stadium saw Gareth Bale’s free-kick deflected in by Andriy Yarmolenko, as the World Cup qualifying play-off final was decided by the smallest margins.

After the impressive showing to beat Scotland last week in the semis, Zinchenko felt every Ukraine player again put in the maximum to try and achieve the dream of reaching the finals in Qatar, not only for themselves but for those still fighting in the nation beset by war.

Praising Wayne Hennessey’s efforts in goal for the Dragons, the Manchester City midfielder also reiterated his push for peace and pointed out that while it was Ukraine currently facing the problems of Russia’s invasion, it could be a different nation next time around.

“Everyone of us gave everything today, we left everything on the pitch,” Zinchenko told Sky Sports.

“The goalkeeper for Wales did amazing, he is definitely man of the match. In general I don’t think we deserved to lose, but that’s football, it happens.

“Football is about emotions, we can bring some great emotions to our fans, but unfortunately today we didn’t get the result we wanted.

“Everyone needs to continue to fight, as footballers we need to represent our country as best we can.

“Everyone needs to live in peace and we need to stop the war altogether.

“Today it’s Ukraine, but who knows tomorrow, we need to stay together. I feel sorry for our fans, but I wish Wales all the best for the World Cup.”

Wales head into Group B to face England, Iran and USA in Qatar, with Ukraine now set to try and bounce back from disappointment in three quickfire Nations League matches against Republic of Ireland on Wednesday and next Tuesday, with Armenia between those clashes at the weekend.