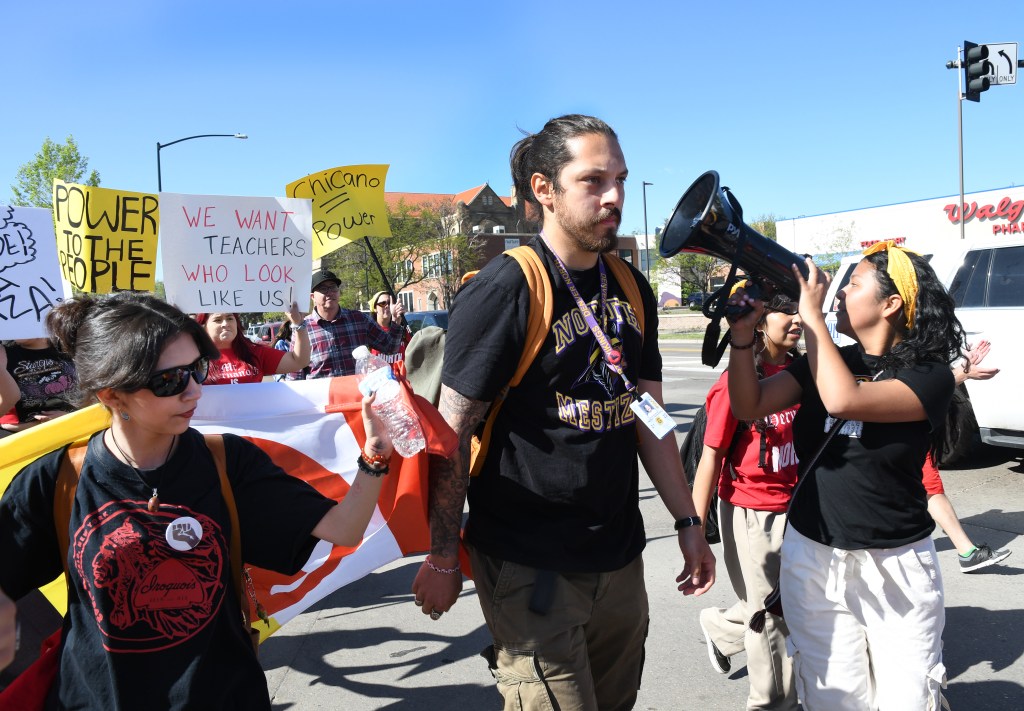 East Bay police partner with others to stop illegal…

Rita Haecker, executive director of the Denver Classroom Teacher Association, said she was present for the meeting Friday at which Hernández was placed on paid leave pending an investigation.

Haecker said DPS leadership told Hernández the administrative leave was put in place because he left his classroom duties to march with his students. Three weeks are left in the school year.

Scott Pribble, a DPS spokesman, confirmed Hernández was placed on paid administrative leave effective immediately, but declined to discuss the matter further, saying it was a personnel matter.

Daniela Urbina-Valle, an 18-year-old student of Hernández’s, marched in the walkout Friday.

“It’s disheartening and infuriating that he won’t be in the classroom these last few weeks because he is some kids’ only support system and administration is taking that away,” Urbina-Valle said. “Administration is not going to hear the end of this. This is not just about Mr. Hernández. It’s about our voices not being listened to, as well.”

Students, parents and members of the North High School community organized protests this week after Hernández was told his teaching contract at the predominantly Latino school would not be renewed despite his English department’s support and the multiple community events Hernández put on for his students.

Hernández accepted the role. When Hernández — one of the few Latino teachers at the school and a resident of the Northside community — applied for an open teaching position for the next school year, he said school leadership informed him he did not interview well enough and that his contract would not be renewed.

Hernández said the decision not to hire him was retaliatory based on his clashes with North’s principal regarding diversity and equity issues.

Another week of job slashes and crypto crashes – Thealike

Rain and Cool Temps to Bring in Memorial Day Weekend, but Blast of Warm Air Likely in…

East Bay police partner with others to stop illegal sideshows, reckless driving this…

Live updates | Mayor: Some 1,500 killed in Sievierodonetsk – The Denver Post

A feast of summer movies to thrill fans