Nathan Patterson back in contention for Scotland’s clash with Armenia 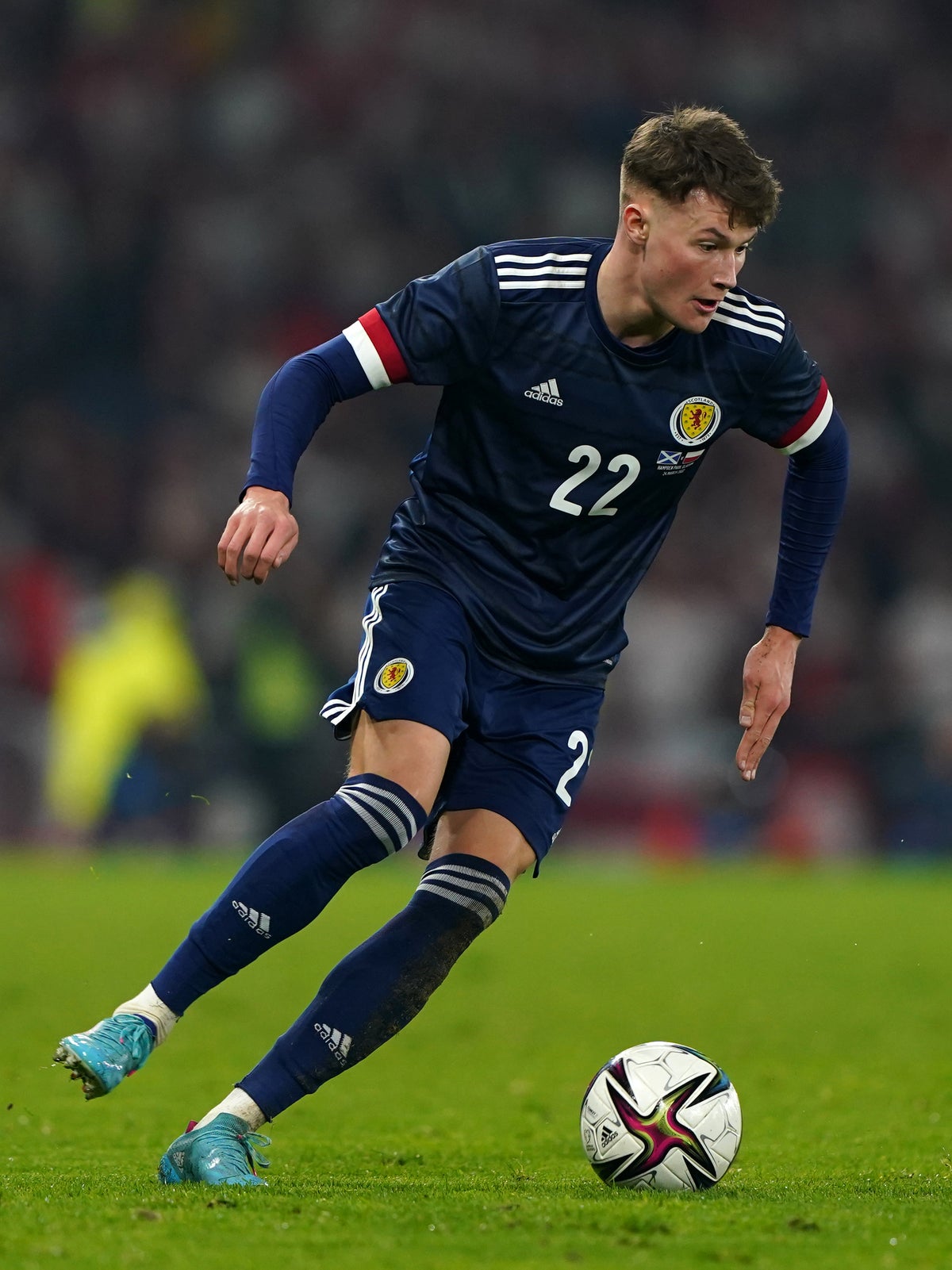 Nathan Patterson is in contention to return to the Scotland side for Wednesday’s Nations League clash with Armenia.

The Everton right-back missed last week’s World Cup play-off defeat to Ukraine as he was not fully up to speed following an ankle problem which required surgery in April and sidelined him for almost two months.

However, the 20-year-old, who has emerged as Scotland’s first-choice option at right wing-back, has been training intensively since the Scotland squad met up and has declared himself available for action.

“I’ve trained since we came in the door, working on my fitness, doing some extra stuff with the sports scientists, and I think that’s me ready now,” Patterson said as he faced the media at Oriam on Monday.

Bologna teenager Aaron Hickey started the Ukraine game in Patterson’s absence but Scotland coach Steven Naismith confirmed the former Rangers player is in the thoughts of the management team for the Nations League opener at Hampden.

“Nathan’s been a gradual build-up but he’s now in full contention,” said Naismith. “He’s ticked all the boxes he’s needed to.”

Lyndon Dykes is the only player to have left Steve Clarke’s squad since the Ukraine game after the QPR striker – who went off at half-time on Wednesday – withdrew following a muscle complaint.

Aberdeen midfielder Lewis Ferguson has been struggling with a “minor” injury but otherwise everyone is available for Scotland’s first-ever meeting with Armenia.

“Lyndon’s the only one that’s dropped out of the squad,” said Naismith. “Lewis Ferguson didn’t train but it’s very minor so I’d imagine he’ll be back training tomorrow or the next few days. Other than that, everybody’s been on the training pitch.”