A MOTHER who was misled over medical failings regarding the death of her daughter  has said she is ‘shocked and horrified’ to learn there were potentially many more ‘cover ups’.

Claims from a North East Ambulance Service whistle-blower, which were reported at the weekend, suggest there were around 90 cases over the past three years in which the organisation has not been honest with families about the death of their loved ones.

Tracey Beadle, who lost 17-year-old Quinn to suicide, said the claims, which are disputed by NEAS, suggest ‘systemic failure’ and has called for a full investigation. 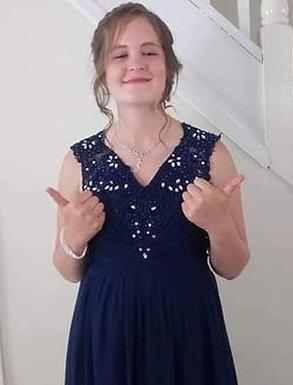 Tracey, from Shildon, said: “I was not aware of the extent it. It shows a systemic failure and there is an inbred culture to just cover things up rather than hold your hands up and apologise.”

Crucial information regarding Quinn’s final moments was withheld by the paramedic who treated her, including the reading from a monitor showing heart activity.

A second inquest in October 2020 into her death heard a paramedic who arrived shortly after she was found hanged near her home in Shildon told police officers she was dead and that CPR should be stopped.

North East Ambulance Service was found to have changed a key witness statement given to the coroner at her first inquest in April 2019, omitting references to mistakes the paramedic had made, which include failing to clear her airways, and adding claims that life support would ‘not have had a positive outcome’.

Responding to the whistle-blower’s claims as reported in the Sunday Times, Tracey said: “You wonder what else there is to come out. I feel there needs to be a full investigation.”

Quinn died on the evening of December 9, 2018, and the tragedy was compounded ten months later when her 21-year-old son Dyllon, Tracey’s only other child, took his life while at university in Manchester.

“We would have been devastated to find that out straight away but to find out months and years down the line what had actually happened just added to our pain and grief.

“Dyllon had read the reports a few days before he took his own life. He said things he had read were haunting him. How could people who were supposed protect and look after his little sister treat her that way, and lie about it?

“Dyllon took his own life a few days later and I do hold North East Ambulance Service partially responsible for that.”

NEAS has not accepted liability for Quinn’s death, but Tracey said the service had donated £3,000 to the Quinn’s Retreat charity, which Tracey set up with her husband, David, to support other people bereaved after suicide.

Last year, Tracey won an Unsung Hero award at the County Durham Together Awards, which was hosted by The Northern Echo in association with Durham County Council.

She said: “We have never had an apology from them. After the second inquest they came to the family room and said: “We are sorry for what happened to your daughter.

“But it was not an apology for what they did, and what the first responder did not do for Quinn.”

The whistle-blower told the paper although the report was shared with the chief executive of the ambulance trust and senior staff, NEAS failed to tackle the problem.

The source is quoted as saying: “The trust has been so concerned about protecting their own image, about making sure the reputation of the ambulance service is not damaged in the region.

“They have put that ahead of everything else – even ahead of the bereaved families.”

The Sunday Times reported that two whistleblowers were asked to sign non-disclosure agreements (NDAs) to limit them making further reports about their concerns to the authorities.

The service has said it will not discuss the content or confirm the existence of specific agreements between NEAS and former employees.

North East Ambulance Service medical director Dr Mathew Beattie said: “If the trust does enter into a settlement agreement however, in order to settle potential employment tribunal claims, we do not seek to stop employees making appropriate disclosures to raise concerns.

“We follow the guidance on such matters that has been published by NHS Employers.”

Helen Ray, chief executive of North East Ambulance Service, said the organisation accepted that there were historical failings and has listened and acted upon the concerns raised by staff of the ‘quality and timeliness’ of documents disclosed to coroners.

She said: “Utmost in our mind are the families and we unreservedly apologise for the distress we have caused to them.

“When I started in post, I was alerted to the very sad case of Quinn Evie Milburn and, on review of that case, it was apparent that we had some gaps in our processes.

“A whistle-blower also brought their concerns forward and this is always the right thing to do as we want to be as transparent as possible.

“We listened to the concern raised, accepted their grievance, and acted.”

Northumbria Police said concerns were raised with them and although no action has been taken, the matter has been referred to the Coroner’s Office.

Ann Ford, CQC’s Director of Operations Network North, said: “We requested additional information from the trust which was assessed and showed the improvements made to their coronial reporting systems remained in place and that there was no indication of any risk to patient safety.

“Services provided by North East Ambulance Service Trust are subject to ongoing monitoring and where we receive information to suggest any risk to patients or staff we will always follow it up to ensure people are receiving safe care.”

You can also follow our dedicated County Durham Facebook page for all the latest in the area by clicking here.

For all the top news updates from right across the region straight to your inbox, sign up to our newsletter here.

A young hero takes on Tencent — phrase of the week – SupChina