Daily cups off coffee could extend your life, study suggests

All abortions remain halted in Arizona as judge declines to suspend…

A FURTHER 104 monkeypox cases have been identified in the UK – bringing the total number of infections to 470.

It’s a rise of 28 per cent on figures reported on Friday – as new cases continue to be detected.

Anyone can get the illness, with Brits being urged to visit a sexual health clinic if you have new blisters or rashes.

There are currently 452 confirmed cases in England, 12 in Scotland, 2 in Northern Ireland and 4 in Wales.

A technical briefing issued by the UK Health Security Agency (UKHSA) on Friday found that the majority of cases are in London – with 99 per cent of them being in men.

The median age of confirmed cases in the UK was 38 years old. 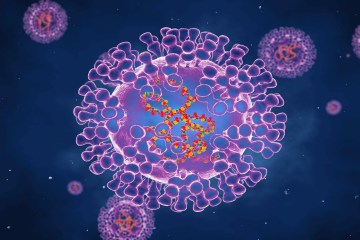 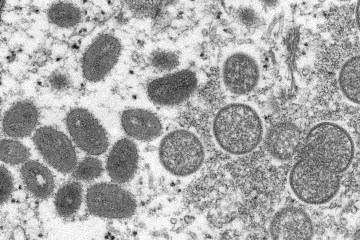 Where gender information was available, 311 of 314 confirmed cases were male, with three confirmed female cases.

Monkeypox is not considered a sexually transmitted infection (STI).

However, the data suggests that this is the primary way that the virus is spreading.

The UKHSA urged Brits to stay away from loved ones if they get monkeypox under new rules.

Where possible, experts have urged people to sleep in separate rooms and use separate bathrooms.

If this isn’t possible, cases should avoid physical contact and keep at least three steps or one metre away from all household members.

It is particularly important, they said, that infected persons stay away from any pregnant members of the household, young children and those who are immunosuppressed.

This is because anyone in the above groups could be at risk of serious illness.

Other guidance states that you should keep laundry separate from other households and avoid close contacts with pets.

Before mixing once more after infection, cases must:

The signs of monkeypox you need to know

Experts at the UK Health Security Agency have said all Brits should be on the look out for key signs and symptoms.

The signs may include:

Medics said that complications of the illness were documented as:

The report from the UKHSA also stated that for the first time, the UKHSA has graded the outbreak on a levelling system.

“At present, England is judged to be in Level 2 and we are monitoring closely for any evidence of Level 3,” it said.

Level 2 is when there is “transmission within a defined sub-population”, while Level 3 escalates to multiple or a larger population.

The current outbreak is unusual because the virus is typically only found in parts of Africa.

But it has spread globally in recent weeks, with health experts investigating key chains of transmission.

The key symptoms of monkeypox include a flu-like illness of fever, chills, and muscle aches, followed by a chickenpox-like rash.

The rash develops into painful blisters before scabbing – and a person is infectious until their scabs have fallen off.

The UKHSA said people should contact a sexual health clinic if they have a blistered rash and have been in close contact with someone who might have monkeypox within the past three weeks.

Dr Meera Chand, Director of Clinical and Emerging Infections, UKHSA said: “We are working, both in the UK and together with global partners, to progress the investigations that we need to help us better understand the virus, its transmission and the best use of mitigations such as vaccines and treatments.

We pay for your stories!

Do you have a story for The Sun news desk?

Bitcoin falls below $24K for first time since 2020

NFL to push for new concussion protocols after Tua Tagovailoa’s…

I’m off to Milan on a blind date with an Italian. Does it really…