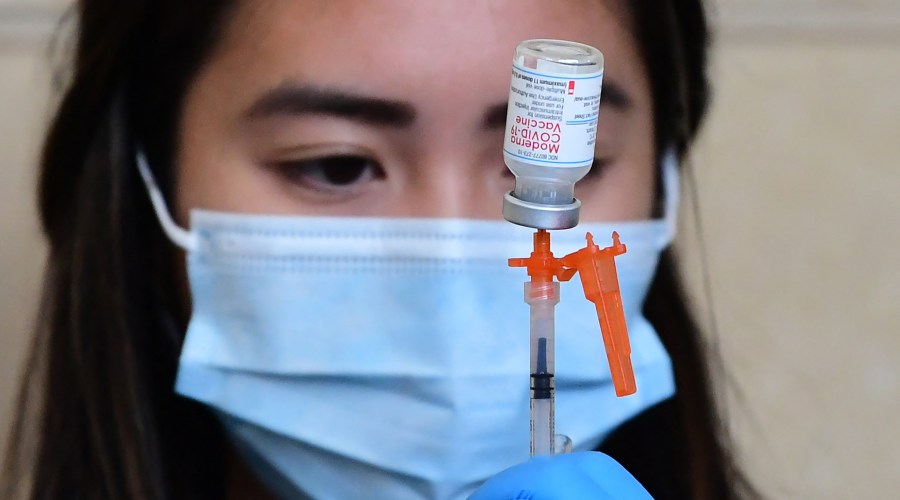 (The Hill) — Moderna on Monday announced its updated, bivalent booster shot creates “significantly higher” antibody levels to defend against the omicron BA.4 and BA.5 subvariants compared to the biotechnology company’s original shot formula. The subvariants until recent weeks made up the majority of cases nationwide, but the CDC indicates that share has now fallen to roughly one-third of cases.


Get the latest news, sports, weather and events delivered right to your inbox!

The new findings, which come from a trial of more than 500 adults who were boosted under the original formula before receiving the updated shot, mark a positive sign for the new boosters, which were created by the company to more effectively combat the subvariants.

Moderna made the announcement in a Monday news release but has not published the data in a medical journal, and the findings have not been peer-reviewed. “We are pleased to see that both of our bivalent booster vaccine candidates offer superior protection against Omicron BA.4/BA.5 variants compared to our original booster, which is encouraging given COVID-19 remains a leading cause of hospitalization and death globally,” Moderna CEO Stéphane Bancel said in the release.

The company said it found the updated boosters also showed evidence of neutralizing BQ.1.1, an emerging subvariant that currently accounts for about 24 percent of cases but is rising each week, although Moderna cautioned those findings were from an exploratory analysis. “Our bivalent boosters also show, in research assays, neutralizing activity against BQ.1.1, an increasingly dominant emerging variant, confirming that updated vaccines have the potential to offer protection as the virus continues to evolve rapidly to escape our immunity,” Bancel added.

COVID-19 cases had declined since late July but have risen slightly since mid-October, according to CDC data. A group of CDC advisers recommended adding COVID shots to patients’ regular immunization schedule if they are over the age of six months. But uptake of the new boosters has been slow, with the vast majority of Americans having not yet received the shot.