Mark Rylance—now, Sir Mark Rylance, if you will—is no stranger to superlatives. All the august groups—Tonys, Oscars, Oliviers—have thrown prizes at him for decades. Best Actor. Best Supporting Actor. So maybe it was inevitable he’d work his way down to World’s Worst Golfer.

That, actually, is one Maurice Flitcroft, a.k.a. The Phantom of the Open in the British biopic of that name arriving June 3 in New York and Los Angeles, starring Rylance in the title role.

A humble but dream-driven shipyard crane operator from Barrow-in-Furness, Flitcroft decided at age 46 to switch professions and chose to become—presto! just like that—a professional golfer because he thought the sport looked so easy on the telly. He bluffed his to a spot in the qualifying round of the 1976 British Open Gold Championship and, having never played a round of golf before in his life, racked up the worst score in Open history (we’re talking triple digits here—not to put too fine a point on it, but it came to 121).

In the fallout that followed, golfing’s elite got their dander up and barred Flitcroft for life from the Open. He was similarly shunned from all the golf courses in the area, forcing him to practice at a local grammar school course. The rest of the world found the charade a hoot and elevated Flitcroft to folk-hero status. A Maurice Flitcroft Gold Tournament was established in Grand Rapids, MI and was frequented by all the Flitcrofts.

An undaunted dreamer, our hero continued to enter tournaments back home, resorting to disguises and aliases like Gene Pececki and Arnold Palmtree, much to management’s chagrin.

The outlandish legend of Maurice Flitcroft eluded Rylance, but, once he heard about it, he fell for it wholeheartedly. “I always like outsiders and underdogs,” he allows. “I’m a great lover of Jimmy Stewart in It’s a Wonderful Life. There’s something of that in this—someone who encourages everyone else and then has to sail against the wind, so to speak, to encourage himself.

“There’s also a kind of Don Quixote-tilting-at-windmills aspect that attracted me to him. He doesn’t ever give into other people’s opinion of him. He’s made up his own mind who he is.”

Flitcroft died in 2007 at the age of 77 but left behind a lot of YouTube interviews for Rylance to study. “I keep thinking he must be having a joke on the world. I’ve watched him over and over and over again, and I can’t really see that. He seems to be completely sincere in his belief that he is as good as any of the top golfers of the day—and this just happens to be an unfortunate day.“

Rylance invests a certain purity in the character, so as not to wake him from a dream, but the actor readily admits that’s not the whole story. “In reality, Flitcroft was a little more violent. He could really handle his fists well and wouldn’t shy away from a swing at a six-foot-tall fellow if the fellow was doing something that he considered wrong. We don’t go into that much in the film.”

Getting back to the game for the first time since grade school, Rylance had no trouble convincing people he was the worst golfer in the world. “Occasionally, I’d hit something that landed on the green, and I was thrilled—absolutely thrilled—and I joked to the crew that that was my standard.”

Just prior to the start of filming, Rylance took a research trek to the Flitcroft family home in north England, spent the weekend drinking late into the night with the surviving Flitcroft twin and even hit a few golf balls on the beach where Flitcroft had dutifully practiced. “When you’re playing in long grass,” he notes, “there’s a great motivation to get better because you lose balls quickly.”

The Phantom of the Open opened last October at the BFI London Film Festival. Not only did it get a nice reception, it got, says Rylance, “a lot of laughs. I don’t think that it’s a film where you have to know about golf to enjoy. Like any good comedy—and one of the reasons they accepted it—it’s got something that a lot of people take very, very seriously: golf. Once you’ve got a matrix, or something that people can take very seriously, then you’ve got good ground for comedy.

“I hope it goes down well in America. We all need a good laugh at something hopeful at the moment, don’t we? And it has a lovely, touching undercurrent to it about the family and the kind of appreciation that a common man can experience in his life. This film wants people to have faith in their own dreams, their own imagination of themselves—not to think that just because there are professionals who do certain human activities really well that amateurs can’t have as much fun—acting, golf, tennis, swimming, skydiving—you don’t have to be a professional to do these things, you know. You don’t have to be passive. You can go out there and do it yourself.”

Currently, Rylance is on the West End in a revival of Jez Butterworth’s Jerusalem, repeating his “once-in-a-lifetime performance” of Johnny “Rooster” Byron, a drug-dealing “waster” that won him an Olivier in London in 2009 and a Tony, when transplanted in New York two years later.

He finishes the run in August and doesn’t expect to take the show back to New York for another viewing any time soon. He is, however, keen on bringing to Broadway a play he did for Bristol Old Vic last January and February. Dr. Semmelweis by Stephen Brown is based on the life of Ignaz Semmelweis, the famous Hungarian innovator in antiseptic procedure in Vienna from the 1840s to the 1860s. “I would love to bring that to New York—to the Belasco Theater, if that’s possible.”

If it wins him a fourth Tony, people will be girded up. Rylance’s acceptance speeches are loopy legends. His first in 2008, for Boeing-Boeing in a role that Jerry Lewis did first on film, offered advice on what to wear in the city and in the woods. His second, in 2011, for Jerusalem, detailed his experiences walking through walls. Both speeches were, in fact, work by , the poet from Duluth, Minnesota with whom Rylance’s co-wrote a 2016 play, Nice Fish. Rylance’s third Tony acceptance speech, in 2014 for his role in Twelfth Night, had more reality, being a salute to Sam Wanamaker, the American actor who left the U.S. for England during the McCarthy era, later making it his mission to resurrect London’s Globe Theater, where Rylance would become artistic director for a decade, starting in 1996.

These “acceptance speeches” are Rylance’s one-man protest to the laundry-list thank-yous that have weighed down many a Tony evening. “People read off names that the majority of the audience doesn’t know,” he reasons. “I guess I struggled when I was younger with the surreality of awards for acting, ones that turn acting into a competition. That was never really its quality for me. And so many awards didn’t include any ensemble awards or any awards for Best Duologue or Best Monologue or the Most Moving Play or the Funniest Play. They were always about individuals, as if the art form is made by individuals, so the whole thing was confusing for me.”

Since his professional acting debut at the Citizens Theater in Glasgow in 1980, Rylance has amassed somewhere in the vicinity of 20 different awards—and counting. Though don’t expect him to do the counting. “I imagine that is something I’ll have to do when I get to hell. When I get to hell, I’ll be put in a room, and I’ll have to count the awards until something happens to my soul.” 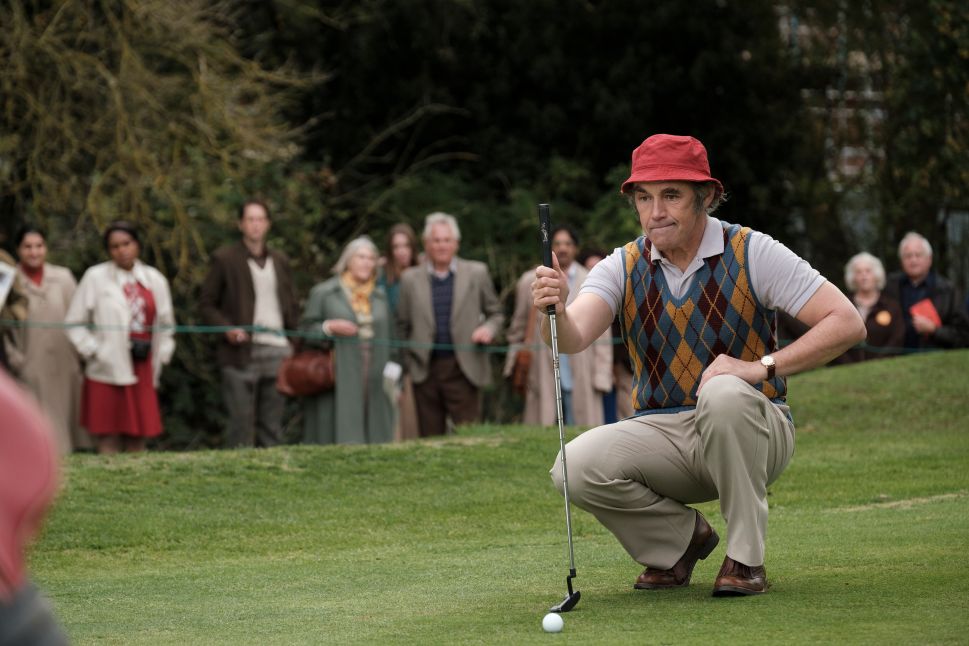