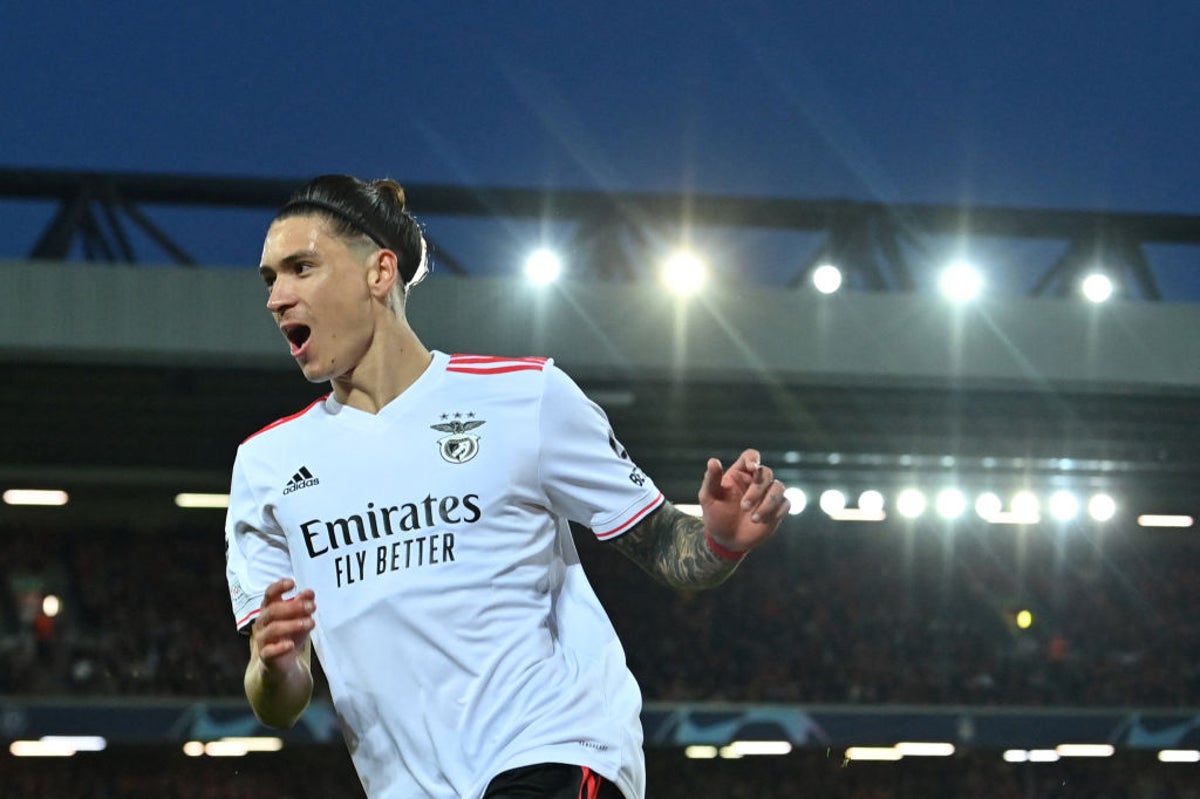 Benfica’s Darwin Nunez has been namechecked by Erik ten Hag as a top target for Manchester United, with the club prepared to go toe to toe with Liverpool for his transfer.

The Uruguayan is seen as a suitable successor to both Luis Suarez and Edinson Cavani in terms of class, and would command a fee of around £100m, as one of Europe’s most prized players this summer. Benfica are aware of United’s interest, with Andreas Pereira having been broached as a potential makeweight.

Nunez is understood to have favoured Liverpool up to now, but his camp are prepared to listen to United, as the club engages in a new era under Ten Hag.

The Dutch coach has cited the 22-year-old as one of a group of targets, as he intends on bringing in a forward, a midfield passer, two centre-halves and, ideally, a utility player.

United’s interest in Frenkie de Jong is now well known but a series of sources in both England and Barcelona are preparing for the possibility that it could be a protracted transfer.

The Catalan club’s dire financial situation has weakened their hand in any negotiations, as they are effectively desperate to offload players.

De Jong would bring in the highest price of those available, but United are willing to play hardball, as Barca hope for a fee of around £80m. The player himself still requires some convincing. His first choice by far would be to stay at Camp Nou but he is gradually coming to the realisation that is unlikely. Midfield is one area where Barcelona have plenty of options with the rise of Pedri and Gavi.

Both Pau Torres of Villarreal and Ajax’s Jurrien Timber are being looked at as centre-halves, although the latter could serve as the utility option that Ten Hag wants.

The Independent has been told that the manager is especially intent on a left-footed centre-half, having scrutinised how United player, which Torres would especially fit. He is another target who has a number of suitors, including Tottenham Hotspur.

Dutch energy bills will rise yet again this July – DutchReview