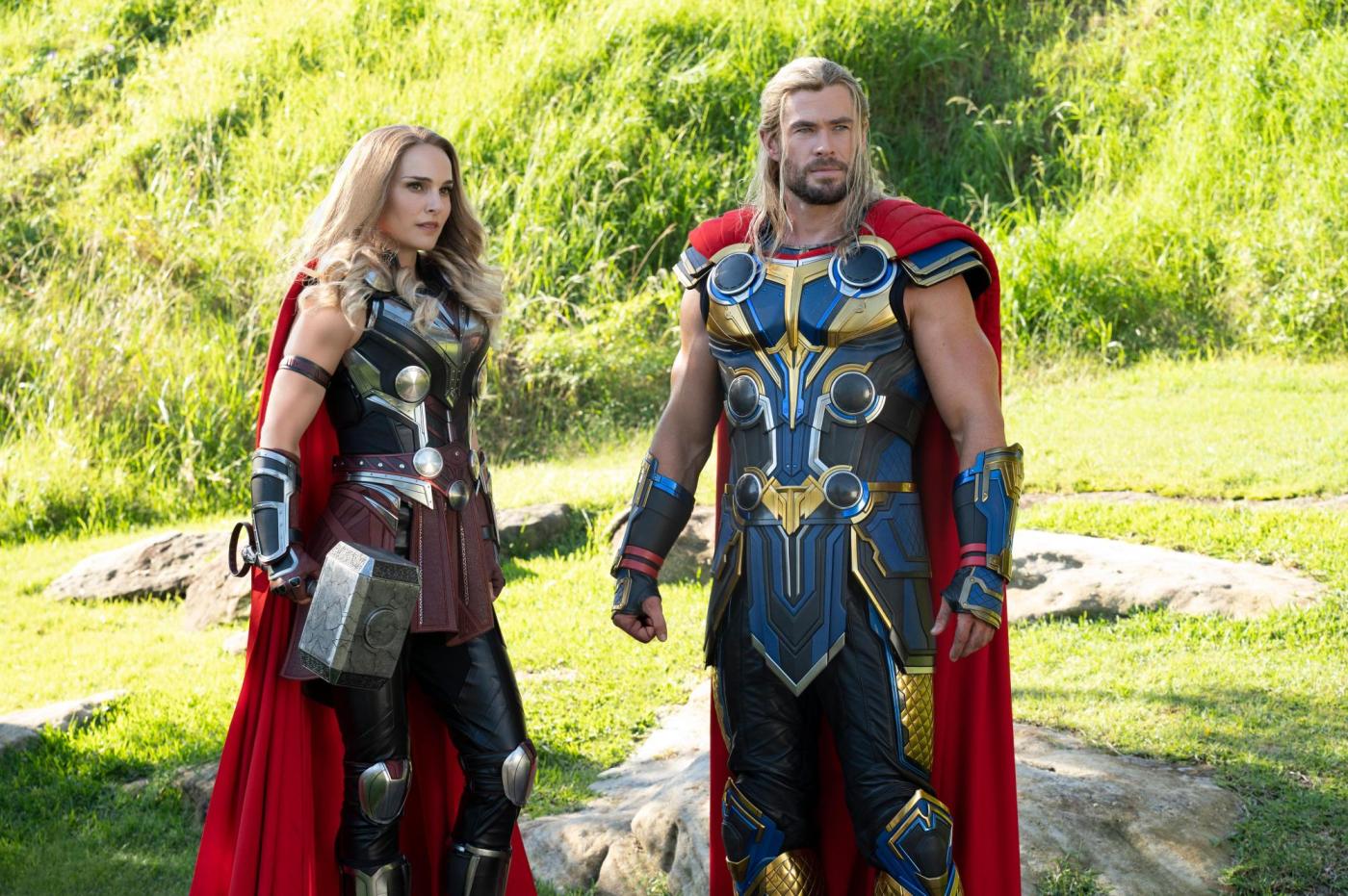 Four movies in, Thor is still bringing the hammer down at the box office.

“Thor: Love and Thunder” earned $143 million in its opening weekend in North America, according to studio estimates Sunday. It’s a franchise best for the God of Thunder and another success story of the summer 2022 box office season.

The second Thor movie directed by Taika Waititi opened on 4,375 screens this weekend, starting with Thursday previews. It easily topped the box office, bumping “Minions: The Rise of Gru” into second place. Including international showings, where “Love and Thunder” opened in 47 territories starting in the middle of last week, its global total is already at $302 million.

“It’s another home run for Marvel,” said Paul Dergarabedian, the senior media analyst for Comscore. “It’s unheard of for a Marvel movie not to open at No. 1.”

The Thor franchise has grown with each subsequent film, which is both a rarity in franchise filmmaking in general but also not uncommon for those of the Marvel variety. The first film opened to $65.7 million in 2011, followed by $85.7 million for “The Dark World” in 2013 and $122.7 million for 2017’s “Ragnarok.” Waititi, who also directed “Ragnarok,” is widely credited with rejuvenating the series, infusing it with humor, irreverence and leaning into larger-than-life metal aesthetics.

Critics skewed mostly positive and the Rotten Tomatoes score is currently sitting at 68% fresh. Audiences, who gave the film a B+ CinemaScore, were heavily male (60%) and 53% were between the ages of 18 and 34, according to exit polls. IMAX reported that $23 million of the global total came from their screens.

“Love and Thunder” brings back Chris Hemsworth, Tessa Thompson and Natalie Portman, whose Jane Foster becomes the Mighty Thor. Russell Crowe also co-stars as Zeus and Christian Bale plays the villain Gorr the God Butcher. It also boasts the biggest production budget of the Thor films, at a reported $250 million.

And yet, it’s noteworthy that “Thor: Love and Thunder” isn’t even the biggest Marvel opening of the year. That title is held by “Doctor Strange in the Multiverse of Madness,” which debuted to $185 million in early May on the heels of the box office phenomenon that was “Spider-Man: No Way Home.”

The Minions carved out a second-place spot with $45.6 million in weekend two, bringing its domestic total to $210.1 million and its worldwide grosses to $399.9 million.

The summer’s workhorse “Top Gun: Maverick” placed third in its seventh weekend in theaters with $15.5 million. With its domestic total currently at $597.4 million, the Tom Cruise film is poised to cross $600 million by Monday — one of only 12 films ever to do so.

In limited release, the documentary “Fire of Love” launched this weekend in three locations and made an estimated $22,300.

The weekend should net out with around $236.1 million total, which Dergarabedian said is “truly impressive.”

“Every week, the marketplace becomes more pre-pandemic like,” he said. “This feels like a traditional summer movie season weekend. It’s a huge difference from a year ago.”