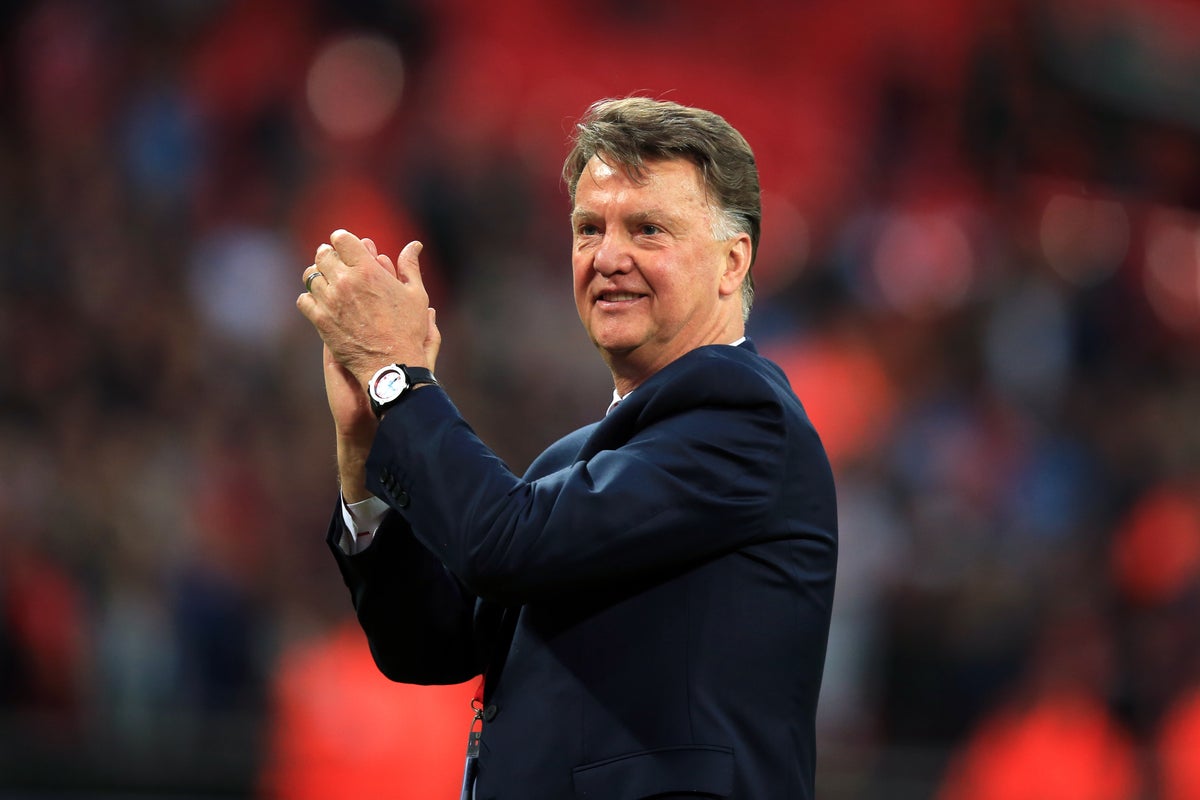 Van Gaal, who managed United between 2014 and 2016 before being sacked, warned fellow Dutchman Ten Hag about the dangers of going to Old Trafford in March.

He said Ten Hag should consider turning down the manager’s job there because United are a “commercial club” and he would be “better going to a football club”.

However, Ten Hag left Ajax to take over at United last month and Van Gaal said: “There is now a new leadership.

“It was Woodward and now it is Richard Arnold and that can make the difference. So we have to wait and see.

“He (Ten Hag) has a lot of confidence. So who am I to say something about that?”

Ten Hag is reportedly keen on making a swift return to his former club to sign Jurrien Timber.

The 20-year-old Ajax defender is part of the Holland squad in Cardiff.

Timber is expected to play on Wednesday with Liverpool centre-back Virgil Van Dijk granted time off following a demanding season for club and country.

He said: “I think a player of his quality can play in the Premier League. That is not a problem.

“If he has to make this big step now, that’s the question.

Van Gaal revealed in April that he was battling prostate cancer.

The 70-year-old later said the “25 radiation treatments” he had undergone for the disease had been successful.

“This is not the moment to speak about my disease,” said Van Gaal.

“But I can assure you that I can manage because this group is a present for me. In my career I have never coached such a group.”