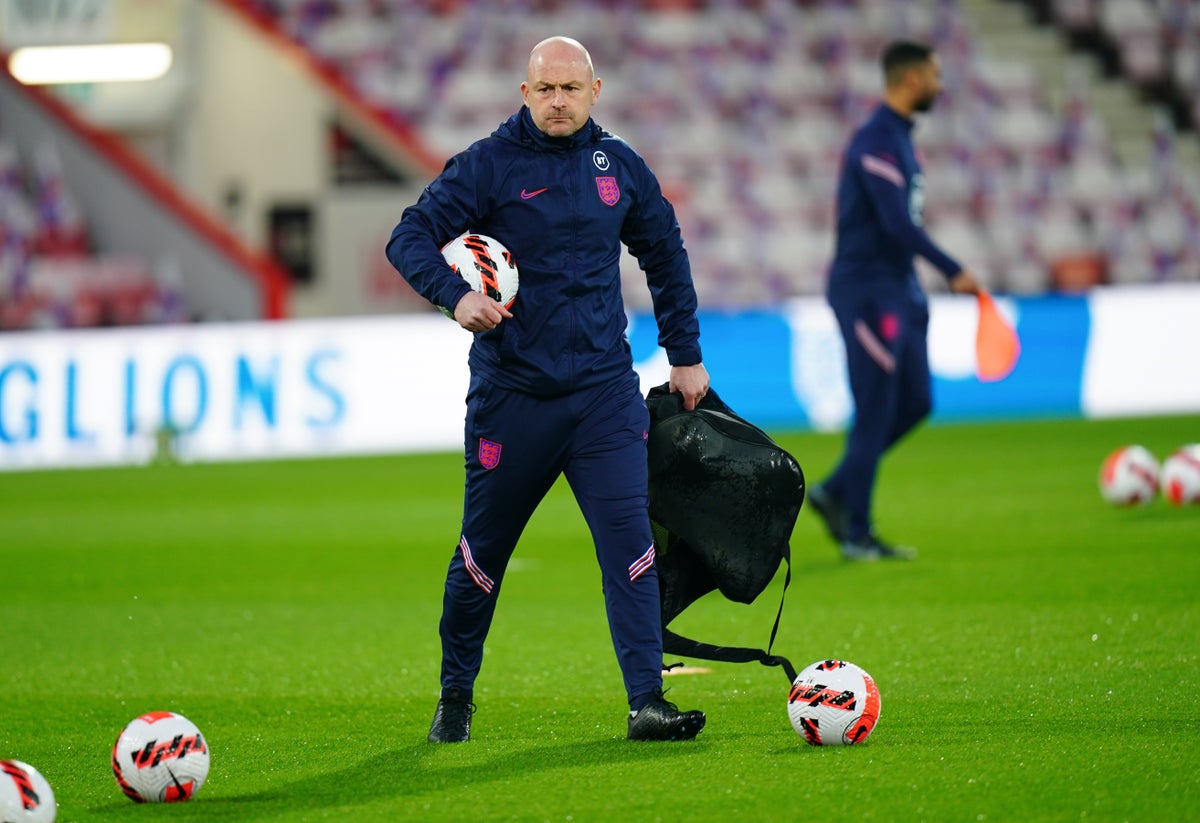 England Under-21s boss Lee Carsley has thrown down the gauntlet to his Young Lions to reach the World Cup.

The head coach believes there is the chance to gatecrash Gareth Southgate’s squad for Qatar, with the tournament less than six months away.

The youngsters have a chance to impress in their final Euro 2023 qualifiers this month, starting against Albania in Chesterfield on Tuesday.

Emile Smith Rowe, Marc Guehi and Conor Gallagher were promoted to the seniors last season and Carsley knows it is not impossible for others to make a late fight for the squad.

He said: “Definitely not. I think it’s down to them. Gareth has shown in the past if you are playing well for your club, scoring goals, assisting goals or stopping (them), you’re going to get a chance.

“They won’t do themselves any harm in this window because Gareth and Steve (Holland) and the rest of the staff watch our games. It’s important they take care of their club form as well so they have a good pre-season and start off in a position where they can be selectable.

“It’s difficult to select players who aren’t playing week in, week out for their (club) first team for our seniors. Some of these (Under-21s) have got the ability to do that so to say the ball is in their court is the obvious thing.”

One is Liverpool’s Curtis Jones who was instrumental in Friday’s 2-1 win in the Czech Republic which took England top of Group G.

Carsley will demand more of the midfielder ahead of the visit of Albania, trip to Kosovo and next week’s game in Huddersfield with Slovenia.

He said: “I expect more from him because I’ve been really lucky in the past to work with some talented players. The players that are almost your middle of the road ones, when they do well, you’re like ‘that was brilliant, well done’.

“But the really talented ones, when they do well you actually want them to do better. You push them more than the players that are striving to get there.

“So it’s important he doesn’t play within himself. He’s got to be the best player every day, every game, if you are going to see what I’m seeing.”

Meanwhile, Manchester City’s James McAtee has been handed his first England Under-21 call.

McAtee made six substitute appearances for City last season and scored 18 goals in 23 under-23 games in Premier League 2.

He is yet to make his full City debut but has already played for England Under-18s and Under-20s.

“I was lucky to see him at City when I was there with the younger age groups. He’s one we’ve kept an eye on constantly.

“He trained this morning (Monday). We have to be realistic, he needs three or four days. I don’t want to put him in a position to get injured.”