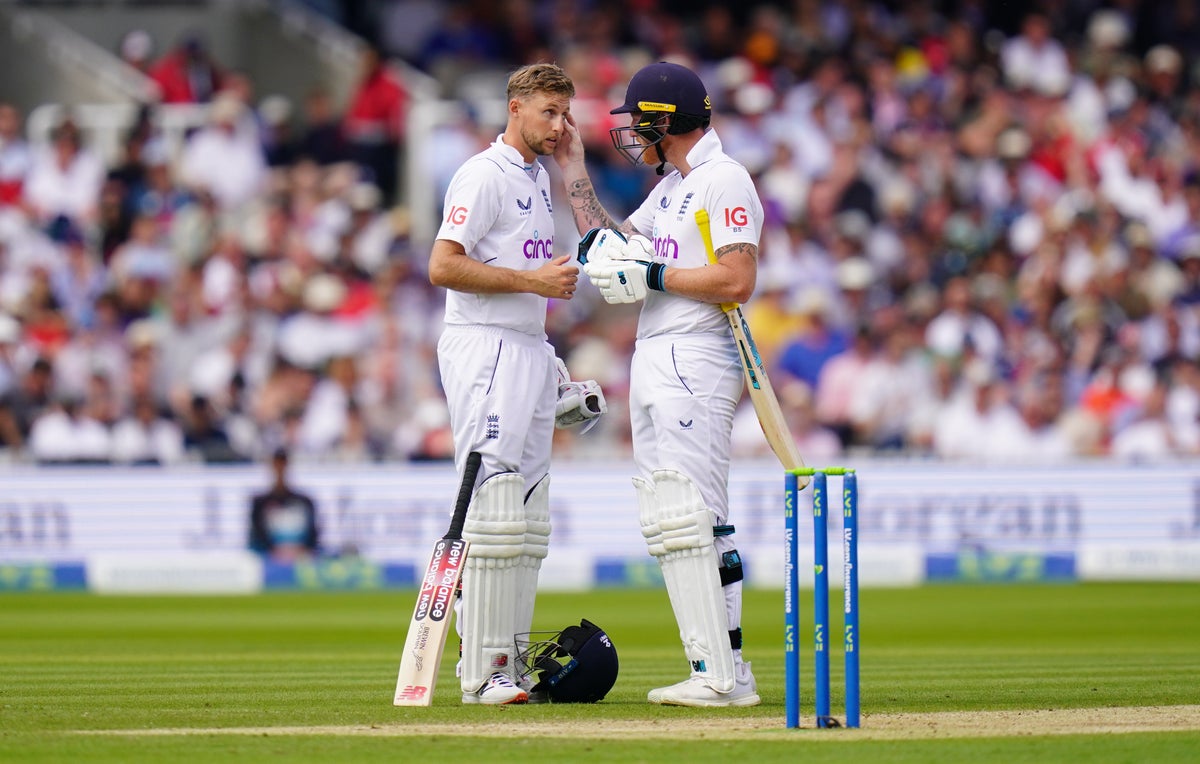 Joe Root played a classy innings while Ben Stokes was handed a reprieve as England moved into a dominant position on day three, chasing 277, in the first Test match against New Zealand at Lord’s.

England appeared to be headed towards yet another disappointing loss when Stokes hacked the ball onto his own stumps with the scoreboard briefly showing 76 for five, before he was called back for a no ball.

Stokes then made his way quickly to 54, while Root was authoritative at the crease, hitting an unbeaten 77 to leave the hosts needing another 61 to win.

There have been plenty of tributes to the late, great Shane Warne at Lord’s – from the moment’s silence the team observed on day one, to the renaming of the Sky commentary box in his honour. It was, therefore, fitting for England’s debutant leg-spinner Matt Parkinson to take his first Test wicket on the 23rd anniversary of Warne’s ‘ball of the century’ to Mike Gatting. Warne was a big advocate of the next generation of slow bowlers and had tipped Parkinson for an England call before his shock death in March.

On the eve of the match, Stokes made a point of showering Zak Crawley and Ollie Pope with superlatives. With the game up for the grabs on the third afternoon, both faltered in familiar fashion. Crawley’s uncertainty around off stump cost him once again as he was caught in the gully for nine, while Pope’s off stump was sent cartwheeling by Trent Boult. Scores of seven and 10 are hardly going to silence the questions about his surprise promotion to number three. With Alex Lees boasting a top score of 31 in four appearances at the highest level, things are too flimsy at the head of the innings.

Picture of the day

The experienced seam bowler struck twice either side of a direct-hit run out from Pope, which saw Colin De Grandhomme – who had top-scored for the Kiwis in the first innings – out for a duck.

Stat of the day

Twenty-six per cent of Jonny Bairstow’s dismissals in Test cricket have been bowled. Only two players in Courtney Walsh and Gundappa Viswanath have a higher bowled percentage from all the players to have batted as many times as the Yorkshireman in Test cricket.

In the 43rd over, there was a memory evoked from the World Cup final when the ball flew off Stokes’ bat during England’s infamous chase and away to the boundary. This time, three years later, the ball again was thrown from the fielder and rebounded off the England captain’s bat towards the boundary. England’s bowlers elected not to take the opportunity to run, with Stokes and Root sharing a rye smile and mimicking their actions of innocence as they had in the final.