Both of sides of her skills (with the emphasis resolutely on the laughter) are currently on sparkling display in Company in a performance that’s earned her Tony consideration as Best Featured Actress in a Musical.

She’s Sarah of Sarah and Harry, the first of five haplessly married couples who offer their own dubious happily-ever-aftering as an example to nudge a single, 35-year-old friend, Bobbie, on down the aisle. Sarah is a foodie supposedly on a diet, Harry is an alkie supposedly in recovery, and they taunt each other about their shortcomings, sometimes breaking into rough-and-tumble jujitsu. Cue the song: it’s “The Little Things You Do Together” that make perfect relationships.

The scene is sketch comedy, which was Simard’s first stop when she hit town back in 1992. (“If I weren’t doing eight shows a week right now, I might say that it doesn’t seem like 30 years,” she says.) Her sense of funny was sharpened by a master, Gerard Alessandrini, who, season after season, created Main Stem spoofs for his Forbidden Broadway series. “Gerard, secretly, is a devastatingly funny man,” she says. “I loved the juxtaposition of seeing how quiet and studious he appears to be, and then, at the last minute, he will write a furor of material, and it would be scathingly witty.

“Whenever I’m asked what my big break was, I’m always torn between Forbidden Broadway ’93, which is the show that brought me to New York, and I Love You, You’re Perfect, Now Change, which was the first show I originated in New York. It ran for 12 years and put me on the map.”

I Love You, You’re Perfect, Now Change is also the show where she met her husband, Brad Robertson, working the lighting board. Naturally, that begs the question: who changed?

“We both have. We’re really ying and yang, and we always have been. The great thing about us is each other’s energies have rubbed off on the other. My husband is the more introverted, and I’m the more extroverted. I think that’s rubbed off on him and brought him out of his shell a little bit, and his energy has calmed me down. He helps me stay grounded.”

She’s the first to admit that she’s a late-blooming Broadway baby. “At least four times in my career, I’ve been referred to in reviews as ‘newcomer’ or ‘fresh face,’” she notes ruefully. “I didn’t really break into Broadway until I was 36, and that was ten years after my Off-Broadway debut.”

Critical trumpets heralded her 2016 Broadway arrival in Disaster! a jukebox-musical spoof of those ‘70s movies that focused on earthquakes, fires, capsized ocean liners and other mishaps. Charles Isherwood began and ended his Times review praising her guitar-strumming nun with a gambling addiction. He called her “heaven-sent” and cheered her pas de deux with a slot machine. A Tony nomination was not far behind. “It’s quite a life-changing review,” she says. “People dream of stuff like that.”

The first person to call and congratulate her on her current nomination was her scene partner in Company, Christopher Sieber. “In that big, beautiful baritone of his, he said, ‘Jennifer, welcome to the two-times club,’” Simard relayed. (Sieber got the nominations when they were previously paired—in Spamalot and Shrek the Musical.) If the pair’s Sarah and Harry betray a certain chemistry, it is no accident. “We’ve known each other since 1994, and we’ve only grown closer through this experience. He’s so generous. I couldn’t land these jokes that I’m required to do without him passing that ball. I get hoop after hoop after hoop just because he’s my partner in the scene.”

When Marianne Elliott decided to bring in her gender-swapped, Olivier Award-winning Company, Simard was comfortably ensconced on Broadway in Mean Girls but decided to give it a whirl. “I went in thinking I was never going to get it, so I did my thing. Shockingly, they wanted my thing.

“Working with Marianne is such a joy. Imagine someone of her caliber watching me bring something new to an already successful show, and her going, ‘Yeah, I want to try that.’ I can’t say enough nice things about her. The amount of rope she gave me to do what I do best was great.”

Company started previews at the Jacobs Theater last Nov. 15, and Stephen Sondheim was very much in attendance for the first. “Marianne called me over after the show and said, ‘Stephen wants to tell you what his new favorite moment is,’” Simard remembers. “He started laughing and said that he loved the way I threw Bobbie’s present to the floor at the end, breaking all the china inside. That was something that I’ll never forget.”

He died 11 days later. “It happened on a two-show Wednesday, and we got called down to the stage between shows. If you’ve been in the business more than five minutes, you think when you’re called to the stage that you’re going to close. Marianne was there, and, even though she was feeling grief herself, she was so poised and composed—the leader you needed in that moment. She broke the news, then we did the show two hours later. It was difficult, but we couldn’t ask for a better way to honor him than to continue doing his work for all to see.”

On Feb. 26, about 45 minutes before the show began, Simard was tapped to abandon Sarah and replace the Covid-stricken Patti LuPone in the role of Joanne, the older, cynical, thrice-wed pal of Bobbie’s, and her Alessandrini-training came in handy. “I started in New York playing many characters, so, to be honest, playing different facets of my personality is actually when I’m most comfortable. That’s the oldest pair of shoes for me. I really enjoyed playing this opposite energy.

“Of course, it’s scary because anything can happen. You can’t control the great banana peel of life. The more you fear that, the more the sand falls through your fingers. If you accept it, you can stay relaxed, and a relaxed actor is a good actor. I believe in doing my homework. I’m sorta the Hermione Granger of my cast. When chaos gets thrown at you, you’re as prepared as possible.”

Simard played Joanne till March 6. What she was not prepared for was that somebody got to the tom-toms, and a sizable portion of the theater community turned out to see what she could do in such a stellar part. “It was unexpected. I think it was more of a comment on the fact that I have been doing this for 30 years. That’s the thing that brought a tear to my eyes. In a world where we value short cuts, I felt, ‘Oh, my gosh, hard work and just keeping my head down does pay off.’” 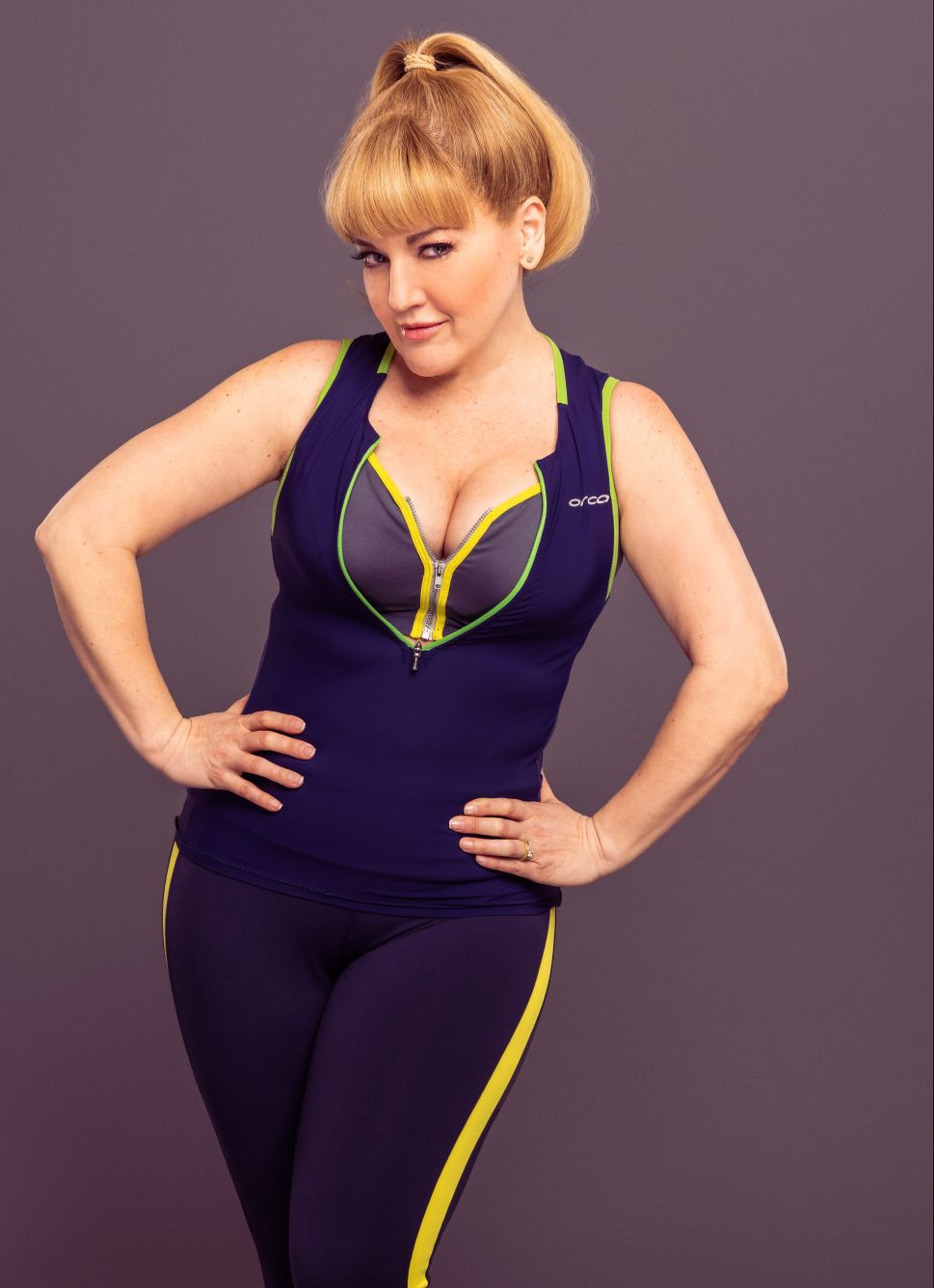 The Right Chemistry: The marketing of ‘meat juice’ and ‘beef tea’