Jantjies love triangle: Leave Zeenat’s job out of it 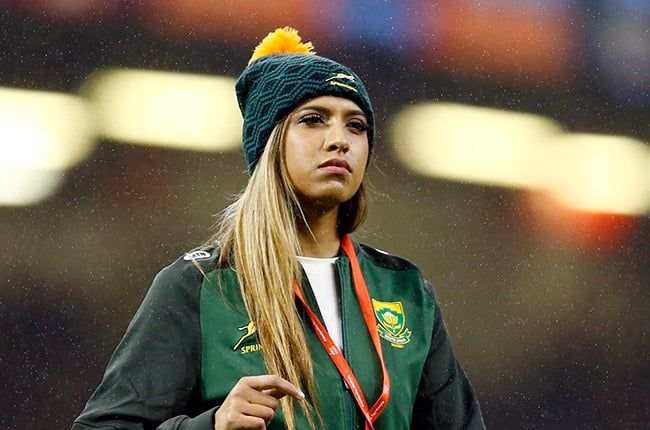 We’ve all heard of, or been witness to, the mess that is the extra-marital affair between Elton Jantjies and Zeenat Simjee. But while engaging in an adulterous relationship is morally corrupt, it shouldn’t have to cost Simjee her job.

Since the news first broke in September that Springboks duo, flyhalf Jantjies and team dietician Simjee, were having an affair, everyone and their mate have voiced an opinion on the saga and dished out hypothetical punishment. When in actual fact, it has nothing to do with anyone outside the bounds of the Jantjies’ marriage.

SA Rugby and the Springboks have already cleared the alleged adulterers of any wrongdoing in terms of breaching team protocols. They were said to have skipped the team hotel and booked themselves into a guesthouse in the week leading up to the Rugby Championship Test against the All Blacks in Mbombela.

This was revealed while the team was in Argentina for their match against Los Pumas and Jantjies and Simjee were both sent home. The move added to the speculation and the public furore, but Springbok management immediately came out and said that the pair was released from the squad to deal with the personal matter in private and not because of misconduct.

And therein lies the crux: it is a personal matter between co-workers and SA Rugby and the Springboks handled it as such.

Now if only Iva Ristic can see it that way.

Her continued persecution of Simjee, especially when she seems to have reconciled with her husband, smacks of hypocrisy.

A lot has been said and written about this saga, but the gist of it is that despite their initial denial of any romantic relationship, Jantjies has allegedly confessed to his wife that he cheated on her with Simjee for months.

Jantjies has since joined Ristic and their three sons in Cyprus, following his omission from the Springbok squad, in an attempt save his marriage. And judging from the loved-up social media posts, all is going well.

Why then is Ristic determined to see Simjee removed from her job?

Following her husband’s confession, Iva was reportedly given access to his phone and she subsequently forwarded ‘proof’ of the affair to SA Rugby’s director of rugby Rassie Erasmus, demanding action be taken against Simjee. She made no such demands with regard to her husband.

Her reasoning is that Simjee shouldn’t be employed by SA Rugby when her husband is now ‘without a job’. She feels they should suffer the same ‘consequences’.

Firstly, Jantjies is not ‘without a job’ due to his infidelity. He was simply omitted from the Springboks’ touring party because he just hasn’t played enough rugby to convince selectors that he should be there on merit.

Secondly, there should absolutely not be similar consequences for Simjee and Jantjies. He is married, she is not. And while Simjee should have known better than to start an affair with a married man, the onus rested on Jantjies to respect and honour that marriage and the commitment he made to his wife.

The reality is, much as Ristic is the victim in all of this, her continued persecution of Simjee, especially when she [Ristic] seems to have reconciled with her husband, smacks of hypocrisy. If anything, Ristic should hold Jantjies accountable for his indiscretion instead focussing her wrath on Simjee’s career.

Akin to a rent-a-quote, she is continuously feeding the media frenzy with almost daily updates on her marriage and the perceived dangers that Simjee poses to the marriages of other Springbok players. “Wags want Zeenat Simjee axed” read one headline this week.

In actuality, no other ‘wag’ has officially raised concerns regarding Simjee’s presence in the squad, and this was just a renewed petition by Ristic to add pressure on Erasmus and SA Rugby to give Simjee the boot.

This a clear reframing of the conflict to draw more scrutiny to Simjee and to keep the public interest going; but in reality, most people have had enough of this melodrama.

Their reputations might have been irreparably damaged, and deservedly so, but neither Simjee nor Jantjies should have to lose their jobs. And Ristic should accept that.

No point replacing one ‘car-dependent system’ with another, Eamon Ryan says as he defends reduction in 1m electric car target