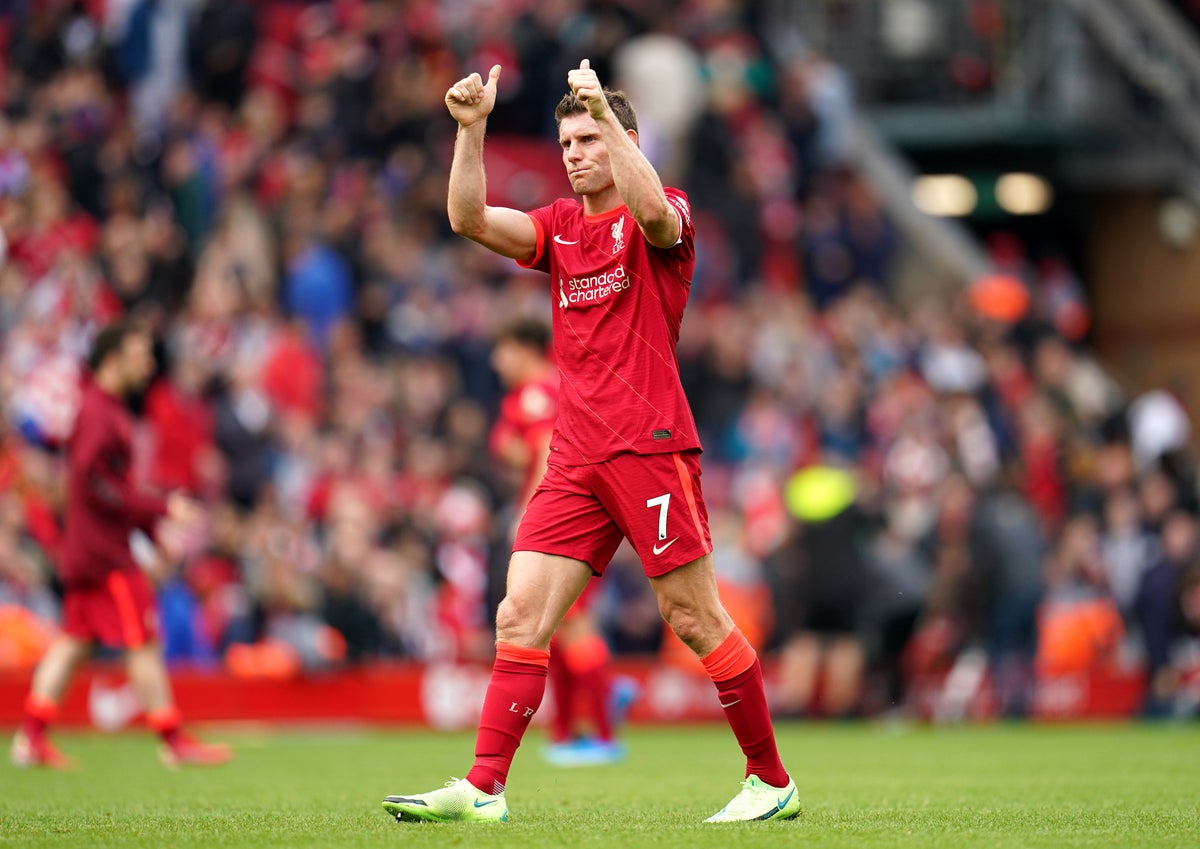 Liverpool midfielder James Milner will play in a 20th successive Premier League campaign next season after signing a new 12-month contract with the club.

The 36-year-old’s current deal was due to expire this month but it is understood manager Jurgen Klopp was not prepared to lose a player who has such a huge influence on the dressing room.

Milner made 39 appearances last season, although only 14 were starts and that is reflected in the new contract the player has signed on significantly-reduced personal terms.

However, there was little negotiation needed with the midfielder, who chose to wait until the end of an epic 63-game season which culminated in defeat to Real Madrid in the Champions League final just over a week ago before making his decision.

Milner is believed to have turned down offers from at least one Premier League club and two from overseas in order to stay at Anfield.

While negotiations have dragged on with Salah, fellow forward Sadio Mane is attracting interest from Bayern Munich.

Liverpool will not allow the 30-year-old Senegal international, who scored 23 goals this season, to leave unless it is for a fee in excess of £25million, providing they have a suitable replacement lined up.

Mane has yet to make his intentions clear to the club but the Bundesliga champions are looking for a potential replacement for Robert Lewandowski, who is likely to leave this summer.