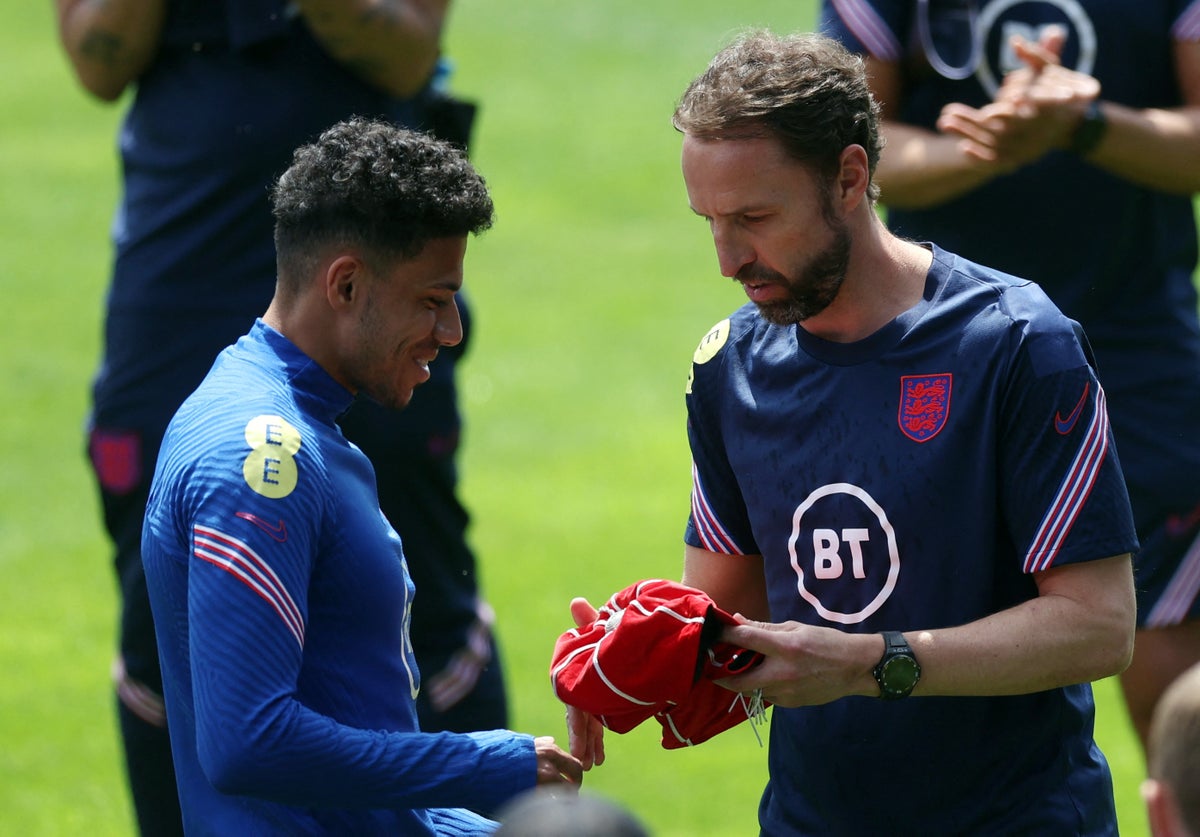 The Three Lions opened Group A3 with a shock 1-0 loss to Hungary and will attempt to bounce back at the Allianz Arena in Munich on Tuesday.

Justin made his England debut in Saturday’s Budapest defeat but was withdrawn at half-time with a calf complaint – an issue that meant he did not train with the rest of the squad ahead the Germany match.

The Leicester full-back did work indoors after receiving his first cap with fellow new boy Jarrod Bowen in Munich, where defenders Marc Guehi and Tomori were part of the 24-man training group on Monday.

But Southgate says he will not take any risks with the latter given the AC Milan centre-back is recovering from a hamstring complaint.

“James won’t be ready for tomorrow,” the England boss said. “But we’re hopeful that he can be back for if not the next game then the one after.

“Marc, as far as we’ve assessed him to this point because there’s still things going on, should be available for tomorrow.

“I think Fik we might give him a little bit longer. He’s progressed really well.

“We probably could put him in the squad but given it was sort of hamstring injury then we’re going to give that a little bit longer because that will be beneficial for him. Raheem (Sterling) absolutely fine, yeah.”

Phil Foden has not travelled for the two away Nations League matches after testing positive for coronavirus but could be available for the Molineux matches against Italy and Hungary.

“Phil is still being monitored back at home,” he said. “We’re just going to have to assess.

“It’s going to be a very individual thing with post-Covid. You just don’t know how everybody individually will react.”

What time does the tube strike end and which lines are affected?