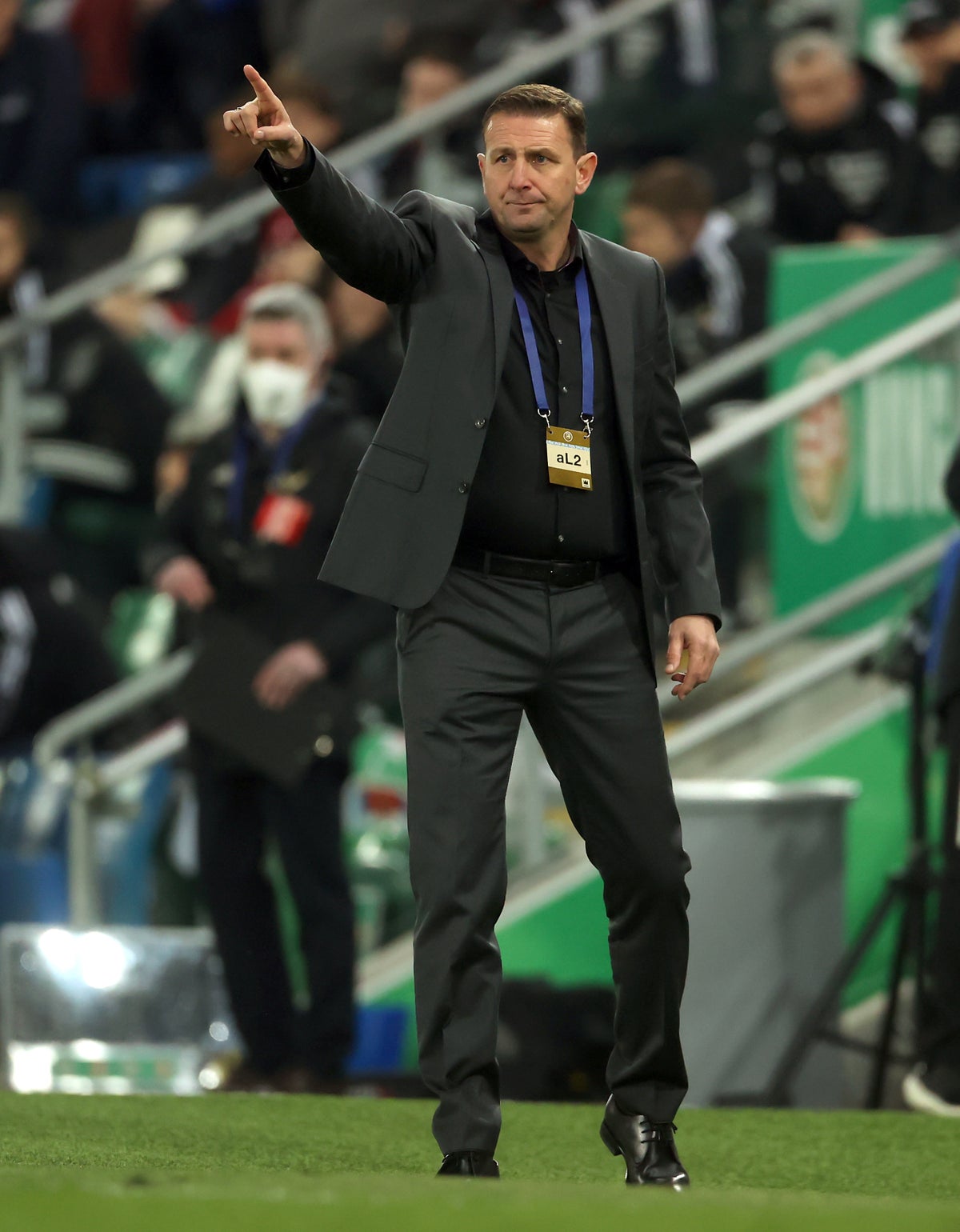 Ian Baraclough insisted he could handle the criticism which will come his way after Northern Ireland’s latest Nations League setback as he called for patience with a young squad finding its way.

The same problems that were evident in Thursday’s disappointing 1-0 home defeat to Greece plagued Northern Ireland again in a poor goalless draw with a Cyprus side who should arguably have won the contest in Larnaca as Baraclough’s men turned in another disjointed performance.

The draw extends Northern Ireland’s winless run in this competition to 12 matches, and this was only their third ever point.

In a week when Baraclough has already faced questions about pressure, sections of the 600-strong travelling Green and White Army greeted the final whistle with jeers at the AEK Arena with some fans frustrated at the lack of progress.

“There are always people questioning your position,” he said. “People aren’t happen when you win games because you’re not winning them by big enough margins.

“It comes with the territory. I’ve got thick skin.”

Northern Ireland’s performances this week have been a step back from the form shown during last year’s World Cup qualifying campaign. There was an expectation they should have comfortably beaten a side ranked 105th in the world but fans were once again left disappointed.

Baraclough voiced his frustration at their inability to win, but pointed to the issues in his squad to try to explain why.

With the likes of Stuart Dallas, Craig Cathcart and Josh Magennis unavailable, youngsters have been thrust into the limelight, with Shea Charles starting in Cyprus three days after an unexpected first appearance off the bench at Windsor Park while Brodie Spencer and Conor McMenamin came on for their debuts.

“The bigger picture is having a squad that’s good enough and big enough to go and compete in the Euros. With this group we’re not quite there.

“We’re talking about players that haven’t even played under-21s football, never mind this…

“We made errors, some of them are basic errors. But you look and see where we’ve come from and where we are. From the season’s end we’ve come together, bringing in new players who haven’t even met each other let alone played with each other.

“We’re asking them, some of them kids, to go and do a man’s job. They’re stepping up but they’re not going to be at the top level and it does make it look disjointed. We have to show patience with them.

“They can’t get down about it and beat themselves up or we’ll get nowhere.”

It might have been worse for Northern Ireland. Fanos Katelaris rattled the crossbar late in the first half, and there were also fine chances for Ioannis Pittas and Pavlos Korrea before Ali McCann passed up a point-blank chance to snatch victory late on.

“I was pleased with how we came out in the second half,” Baraclough added. “We took the game more to them…

“If you look back we definitely gave up too many chances and it could have gone the other way, we could have lost it.

“We also created some really good chances. It was that final ball, the final delivery, and Ali McCann will be having nightmares about that one but he got in the right position.”