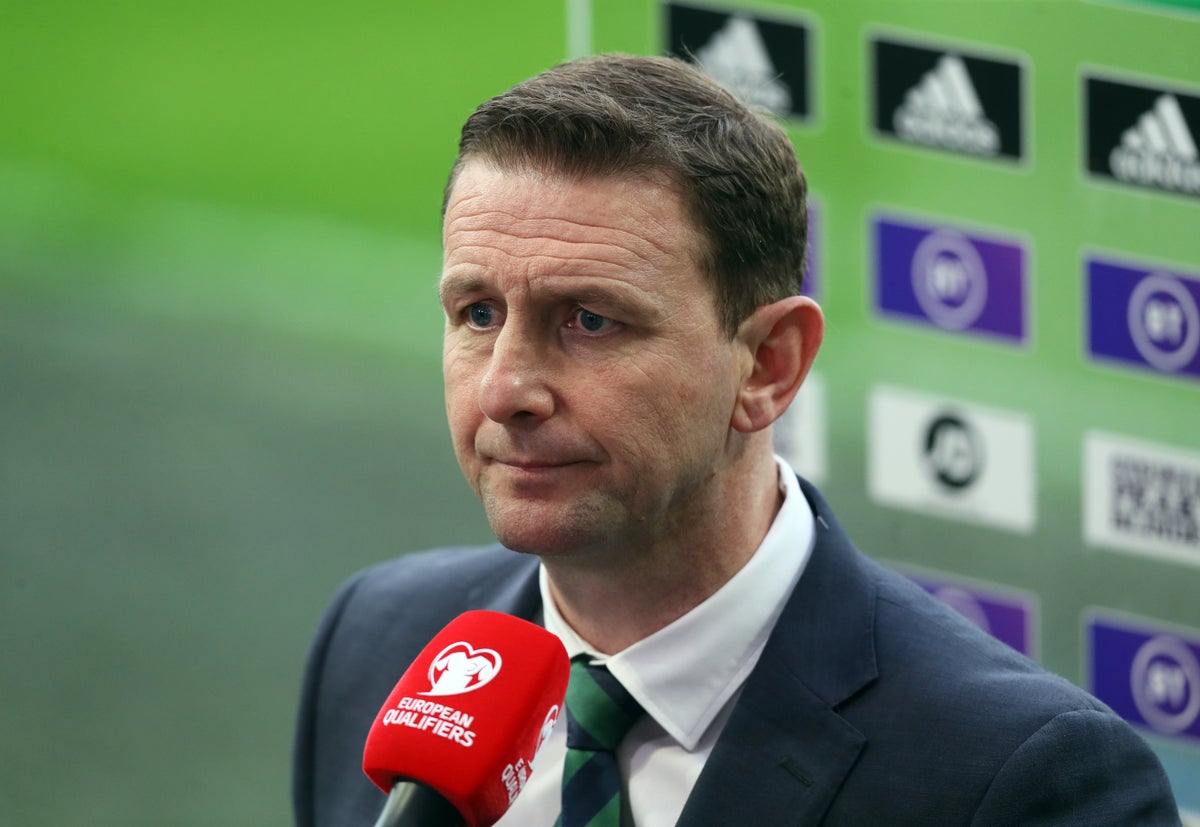 Ian Baraclough refused to write off Northern Ireland’s hopes of topping their Nations League group despite another dispiriting display in Sunday’s goalless draw away to Cyprus.

Northern Ireland’s winless record in this competition extended to 12 games as Baraclough’s men, top seeds in Group 2 following their relegation to League C, followed Thursday’s 1-0 home defeat to Greece with a poor performance in which Cyprus had the better chances.

The manager, players and 600 travelling fans had certainly expected more against a side who only reached League C after beating Estonia in a play-off, and the draw left Northern Ireland already five points behind Greece, who won 1-0 against nine-man Kosovo.

A trip to Pristina is next up for Northern Ireland, and Baraclough said his side can still recover.

“If we listen and start getting negative about everything we may as well pack up. Negativity breeds more negativity. People don’t feel great about themselves. Give people a chance to pick themselves up. Get ready to go against Kosovo.”

The disappointing display will put pressure on Baraclough, who goes into Thursday’s match having won only three of his 18 competitive games in charge, and with his side having failed to score in six of their last nine.

Northern Ireland were plagued by the same problems that cost them last week at Windsor Park – too many misplaced passes and mistimed runs in a disjointed performance.

With a list of absentees in this window that includes Stuart Dallas, Corry Evans, Craig Cathcart and Josh Magennis, Baraclough is without some big hitters and trying to integrate several youngsters.

Shea Charles started in Lanarca, days after a surprise debut against Greece, while Brodie Spencer and Conor McMenamin made second-half debuts – taking the number of players handed first caps by Baraclough to 13 – a process the manager said must be given time.

“It’s frustrating,” he said. “The cohesion wasn’t there at times that you’d like. You come here expecting to win, you want to win. People will look at that and say you should beat Cyprus but you have to look at it in context.

“We’ve got 11-12 players that would be on this trip that would make a big difference. That’s no slight on the players that are here but clearly we’re not as strong without those players. We’re having to learn what they’ve got about them.

“One or two might be real bright stars that stay with the group when the others come back and others might find themselves maybe not. If you don’t give them a chance how are you going to find out?

“You’d love to have free-flowing football and be taking teams apart but the reality is we’re in a building phase and when we’re looking at players we can’t be too critical on them.”

Northern Ireland will spend an extra day in Cyprus before heading to Pristina on Tuesday afternoon, using more time for rest and recovery.

“We’ll recover and let the players switch off a bit,” he said. “They’re disappointed, of course they are. This was a game we expected to win, we were looking to win and we haven’t got the result we wanted.

“It can’t all be information overload for the full 14 days. We’ve got to let them switch off and recharge the batteries, and then we’ll go again.

“I need a morning off to recharge the batteries but I’ll be ready and as enthusiastic as ever to work with the group of players. Hopefully we’ll go on and put in a performance against Kosovo that gets people talking in a positive manner.”