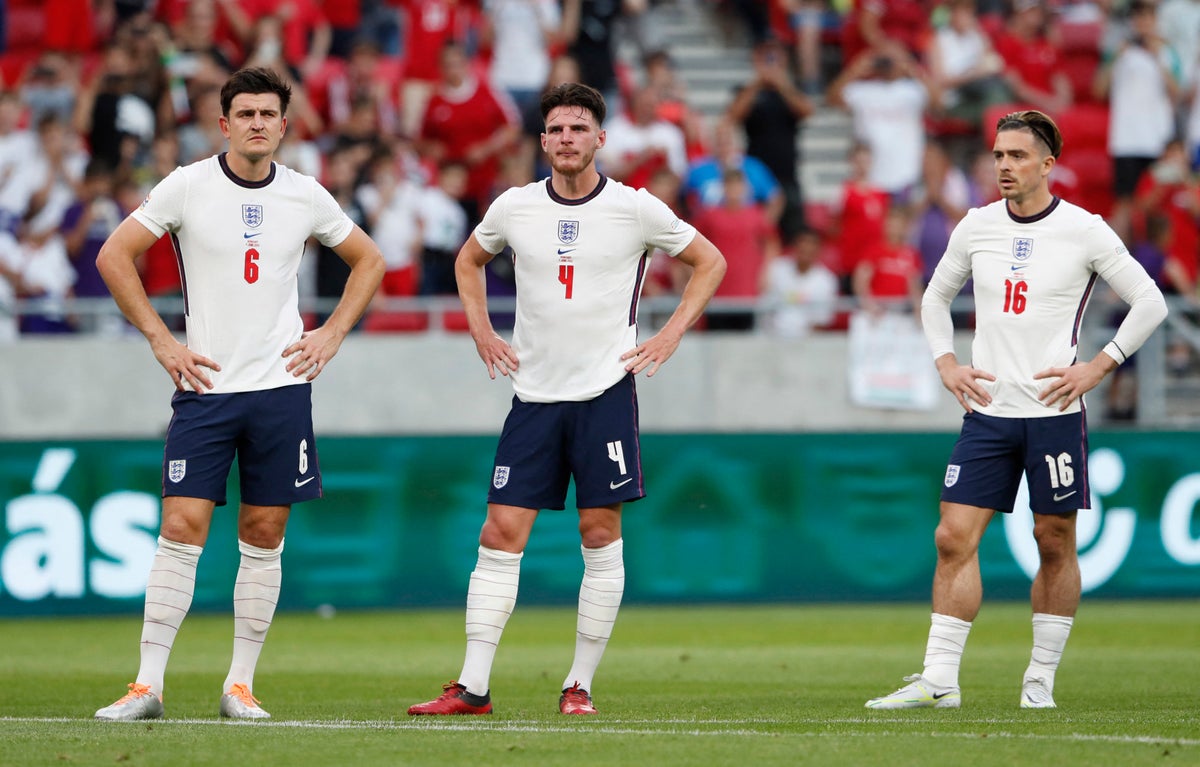 It was, in the end, nothing like child’s play. Games that few of the players wanted have now started by giving Gareth Southgate problems he could have done without. This Nations League opener in Budapest saw England suffer their first non-shootout defeat since November 2020 but also, of greater concern, put in their worst performance in some time; maybe going back even longer.

The 1-0 loss would have seemed all the more sour given that Hungary’s admittedly superb performance was soundtracked by a very loud crowd, in a game that was officially “behind closed doors” due to previous racial abuse. Around 33,000 schoolchildren were allowed to attend the Puskas Arena, albeit with over 3,000 adults of course accompanying them.

It is debatable whether any lessons had been learned given that there were audible boos when the England players took the knee.

The volume was just low enough to suggest it may have been some of the guardians, and the children more innocently made for a very loud atmosphere thereafter.

England may not have expected that, but then they played as if they weren’t ready for any sort of occasion at all.

Significant caveats should be added here.

It is entirely possible – even probable – that this is all the result of a very long season, that has just left so many of this squad needing a refresh.

It’s just that other international sides have not had the same issue this week, and Southgate did make significant changes. Fewer of his elite-club stars were in the team. A player that should have been one of the freshest, in Jude Bellingham, was one of the more disappointing. He is a brilliantly talented youngster but one yet to truly make his mark for England. This was a chance, but then it was just one part of a collective failure.

Even Harry Kane, so effective towards the end of the season, offered a rare poor pass when Mason Mount was through. The Tottenham Hotspur striker never looked like scoring himself, either, even as he sits four goals away from Wayne Rooney’s all-time record of 53. Mount himself probably wouldn’t have finished on this form, while Declan Rice offered so many uncertain touches. In one of the moments that summed up England’s attacking, a ball was played into Harry Maguire at the edge of the box, only for him to play it straight back out and kill the move. Why did he take that decision? Why was he even there?

It fit with the pattern of the game, since Hungary were always more dangerous, particularly through the livewire Loic Nego. The home side themselves looked a completely different outfit to that which lost 4-0 to Southgate’s side in such distasteful circumstances in September.

The amount of changes Southgate made ensured a lot of the team’s attacking was stale and fairly predictable. There just wasn’t the same link-ups or understanding between the players, which meant they couldn’t offer much by way of concerted moves. The use of the wing-backs wasn’t really working, either. It said much that one of England’s best early moments was debutant Jarrod Bowen just getting the ball and making a run himself, with that almost producing an opening for Harry Kane.

Kane himself spent more of a game than usual dropping back.

Hungary were meanwhile creating a few gaps in Southgate’s structure, especially through Nego.

James Justin badly struggled with him defensively, and he was taken off at half-time for Bukayo Saka. Nego was just in the kind of mood to try things, though, as could be seen with one genuinely unique moment on 12 minutes.

With the ball played over to his wing, Nego opted to attempt – and successfully execute – a first-time volleyed through-ball from wide. It was as precise as it was audacious, putting Dominik Szoboszlai right through on goal. It was only a desperate clearance from Conor Coady that prevented the forward’s effort from going in.

Nego had set a tone for his teammates because, just minutes later, Adam Szalai went for a speculative volley on the turn from the centre circle. With Jordan Pickford scrambling, the ball dropped just wide.

Southgate had to change something, and went for a move that may really point to the future. That is Saka at left-wing back, the Arsenal winger immediately making an impact. He almost went one better than Bowen with a surging run that brought a good save from Peter Gulacsi.

It was still a rare England foray forward, though, as it seemed another change was for the side to drop deeper.

That naturally invited pressure, and initiated more pressure. Reece James was caught out with one poor pass back to him, and ended up clattering Zsolt Nagy for a penalty.

Szboszlai, who once told Neymar in the Champions League that he never misses from the spot, scored.

It was all the worse for England given that James had been one of a raft of subs that Southgate had brought on just before that.

Other than playing that bit higher up the pitch after the goal, though, they never really raised it.

Hungary may not have deserved to have this crowd, but they deserved this victory.

England suddenly have a lot to do to win this Nations League group, but that will be of secondary concern to the manager. This was not what was required this close to a World Cup.