How many fans are there at Hungary vs England? 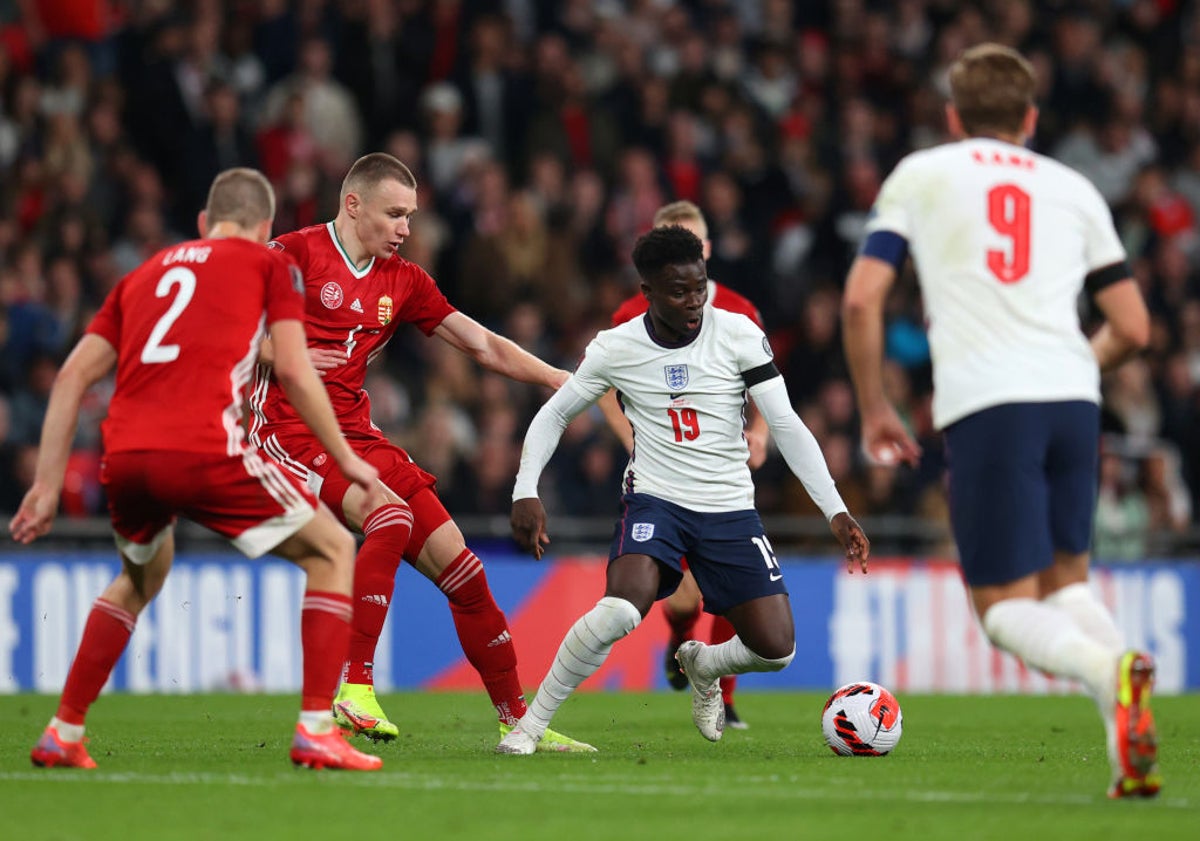 England head to Hungary in the first of four Nations League matches in the space of two weeks, with this fixture and England’s first home game having one thing in common.

Sadly it isn’t a positive: it’s both countries having a stadium ban. Hungary face a stadium closure for racist chanting last year against England and another ban for fans’ behaviour at Euro 2020, while the Three Lions also have a stadium ban after the Euros.

However, supporters are in attendance in massed ranks at the Puskas Arena regardless, after Hungary opted to mass-exploit a loophole in the regulations.

England will do likewise against Italy next week, though in far fewer numbers – perhaps fewer than 10 per cent of today’s hosts.

Here’s everything you need to know about the game.

While Uefa stadium bans cap the numbers of VIPs, team delegations, Uefa staff and of course regular ticketed entries, there is no limit to the number of schoolchildren able to be admitted to fixtures for free. Hungary are understood to have accepted over 30,000 applications for under-14s, with one adult per 10 children granted access.

What has been said?

England manager Gareth Southgate has reiterated his stance that education should be the primary concern to ensure there is no repeat of circumstances which caused the ban in the first place.

“I think we are all surprised,” he said of the expected attendance figure.

“But we are inviting children into our stadium [against Italy] so I wasn’t really clear on the rules of any of it at the start of all of this. I don’t know what the figure should be or shouldn’t be.

“Other people have got to deal with that. We’ve got to make sure that we are consistent in our beliefs, the stand we take as a team, the fact that we are united on it being unacceptable and it is for other people to administer sanctions.

“Once we are administering sanctions, it has gone too far anyway. The key is education. The young people in the stadium hopefully pick that message up tomorrow.”