Here’s how Calgary is celebrating 50th anniversary of moon landing

Fifty years ago, a brave group of men accomplished the unimaginable.

They set foot on the moon.

Now, on the 50th anniversary of the lunar achievement, Calgarians are invited to celebrate at a handful of events across the city to remember the giant leap for humankind.

“This is an incredibly inspiring event. It’s something that shifted our entire space exploration game,” said Telus Spark spokeswoman Jacqueline Tran, who spoke passionately about the significance of the July 20, 1969, Apollo 11 landing.

The science museum is hosting an adults-only 50th-anniversary moon landing party on Saturday, which she hopes will take guests back in time to feel the excitement of the celestial event that changed our world.

“We want people to feel like it is the first time we landed on the moon and to feel that camaraderie and utmost joy that we accomplished something like this as humans,” said Tran.

The Telus Spark party will include a virtual-reality trip to the moon, a presentation by astronomer Alan Dyer with an exclusive dome theatre show featuring rarely seen 360-degree footage shot by Apollo astronauts, a rocket test with the University of Calgary’s high-altitude research club, and talks on moon landing conspiracies, surviving on the moon and moons in the universe.

There will also be food and drink, including craft beers from eight local breweries.

“It’s kind of a mash-up of science, entertainment and fun,” said Tran. “What I really hope our visitors get from this is to be more curious, to explore the unknown, discover and not be afraid of what’s out there.”

Kids can also learn about the historic event during the day on Saturday with a series of events at the museum, including a breakfast moon storytime, building a giant papier-mache moon, a virtual-reality trip to the moon and a livestream presentation by two astronauts, Robert Thirsk and David Saint-Jacques, about the Apollo missions and Canada’s future involvement in space travel.

Space enthusiasts can also celebrate the historic anniversary at the University of Calgary’s Rothney Astrophysical Observatory on Saturday from 12 to 3 p.m.

A handful of speakers, including space historian Joel Powell and CBC’s Starman Don Hladiuk, will share stories about the space race, pop culture, Apollo 11 mission and the future of Canadian lunar exploration.

The family-friendly event will include moon music by Karaoke by Europroductions, Calgary Rocketry Club rockets, solar observing with the Royal Astronomical Society of Canada and lunar science fiction from Tyche Books.

Tickets cost $10 and can be purchased through Eventbrite. 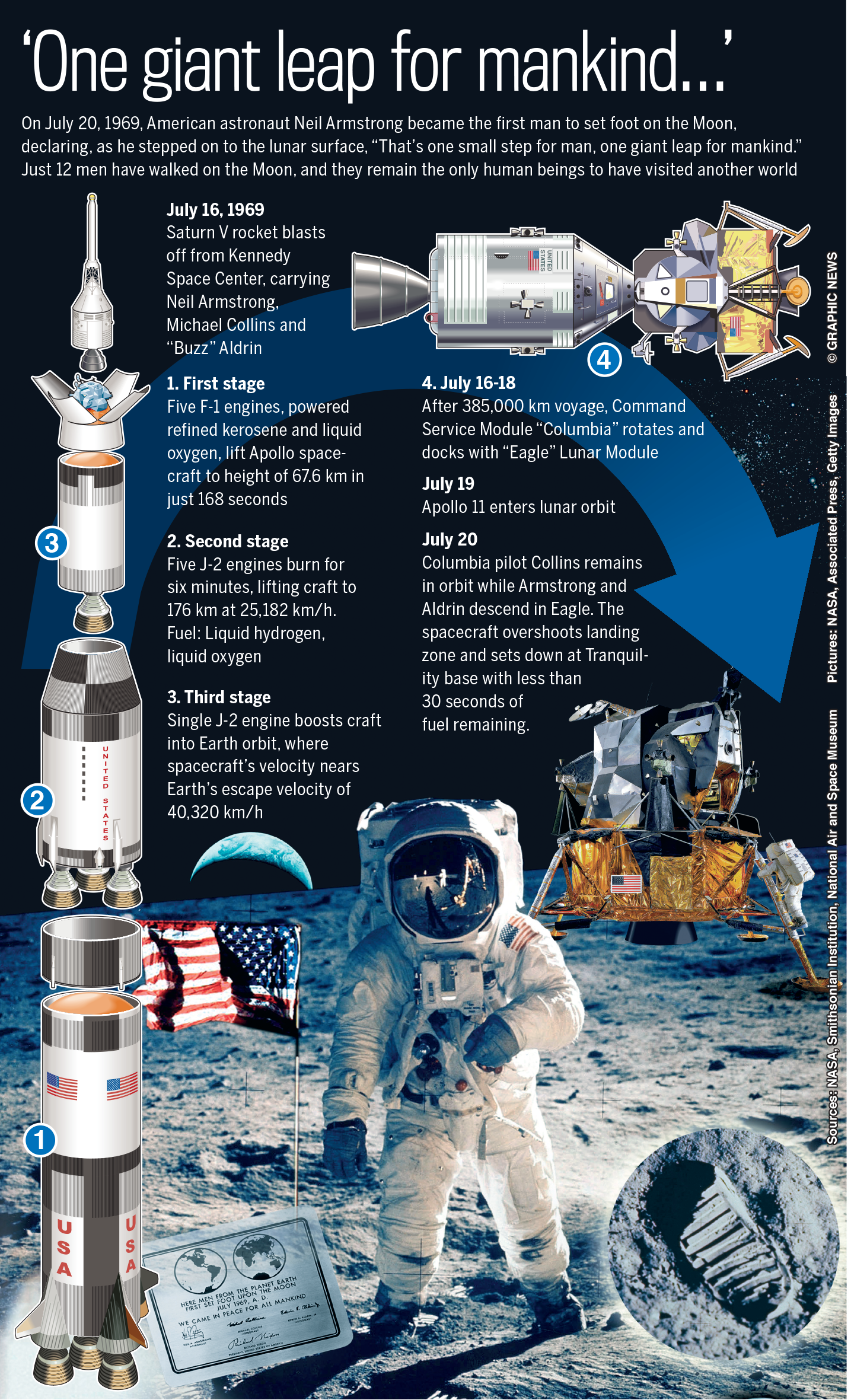 Jeff Goldblum takes one more bite out of 'Jurassic World'