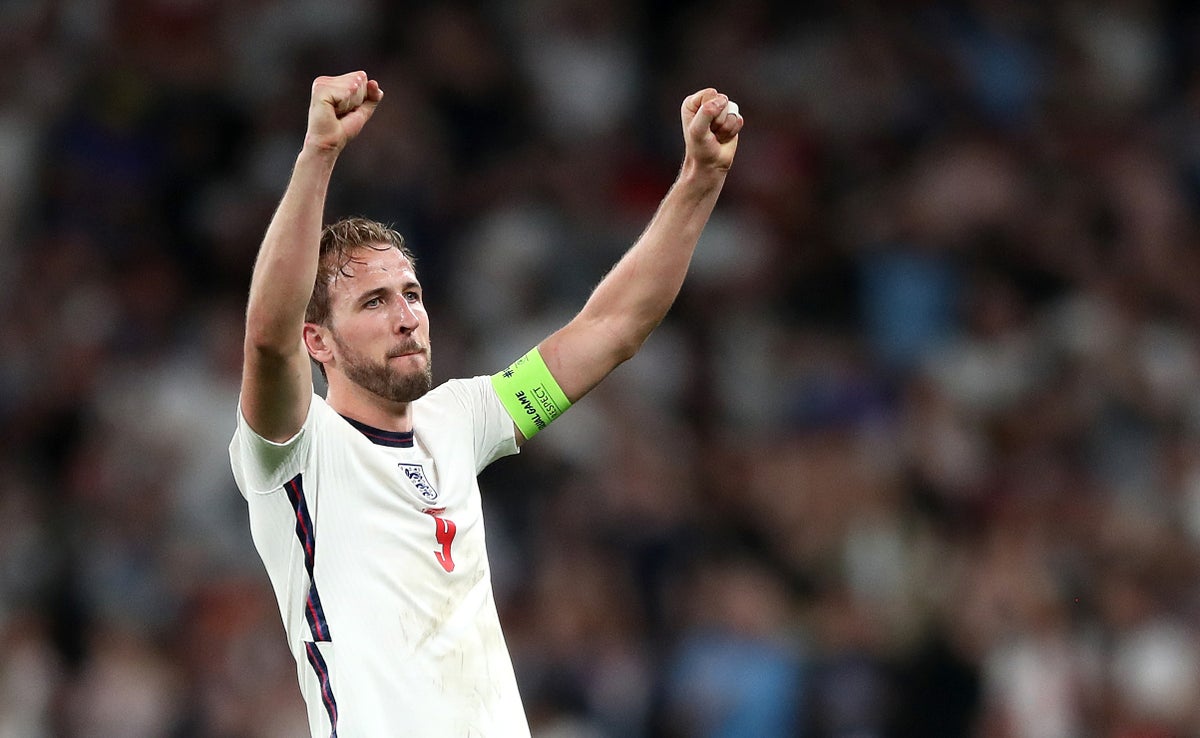 The time when Harry Kane was simply a goalscorer was consigned to the past amid a series of defence-splitting passes. He came to look the footballing quarterback when he released Tottenham’s wide receiver Heung-Min Son with a series of inch-perfect passes. His sporting horizons have broadened. “I guess the ideal career would be a World Cup, a Super Bowl and maybe a Masters green jacket, if I am lucky to do that,” the England captain said. A year ago, the answer might have involved winning the Champions League under Pep Guardiola. Now it has changed.

If Kane has voiced an ambition to become a kicker in the NFL, the golfing aside was not said completely seriously. He flew over to Augusta for the last round at the Masters, the day after Tottenham’s win at Aston Villa. He spent Thursday watching the cricket on television, first heartened by England’s bowling, then disappointed by their batting. The country’s footballers were watched in training by Marcus Smith, the rugby union international, while Kane openly admits to having picked Tom Brady’s brains about keeping cool under pressure.

And yet, amid the sporting crossover, his defining feats relate to the trait that brought him to prominence: a capacity to put the ball in the back of the net. As Kane said: “My first thought is football.” And he might soon rank first for goals. He already has a World Cup Golden Boot. He could add England’s goalscoring record in the next two weeks. A player with eight goals in his last four games now has four matches to come, even if Hungary, Germany and Italy promise to be tougher opponents than Albania and San Marino, who permitted him seven goals in four productive November days.

Wayne Rooney has accepted his tally of 53 will be overhauled by Kane, who is level with Sir Bobby Charlton on 49 and would prefer it was sooner rather than later. He thinks it would be best if the Tottenham striker overhauls him before England head to Qatar. Kane concurred. “I’d like to break it as soon as possible, I’d love to score as many goals as I can in the next four games before the World Cup and see where we go from there,” he said.

He was on the pitch when Rooney overtook Charlton, England’s other scorer in a 2015 win over Switzerland when the Liverpudlian became the first man to 50. It was just the Londoner’s third goal for his country. History has come quickly. “To be where I am now – four goals behind Wayne with plenty of games coming up this year – it would be an incredible achievement,” Kane reflected. “Whenever you are in amongst the names of Rooney and [Gary] Lineker and Charlton and players like that you are doing something worthwhile.”

As Kane accepts, he has been fortunate. If the record-breaking goal comes away from home, or in stadia populated only by schoolchildren in behind-closed-doors games as part of the punishments Uefa have handed to Hungary, for the racist and homophobic behaviour of their fans, and England, for crowd trouble at the Euro 2020 final, he is unlikely to complain.

“When it comes to breaking records or achievements like that, of course you would love to have every situation in the perfect scenario with thousands of fans, your friends and family there,” Kane added. “Sometimes it works out that way and you are lucky to experience that. But also sometimes things don’t pan out the way you want them to.”

He has first-hand experience of that. He had hoped last summer would bring a move to Manchester City. Amid uncertainty about his own future, he began Euro 2020 out of form. Now he seems more content at Tottenham after Antonio Conte’s arrival and their top-four finish.

“He seems very happy, his football is good,” said Gareth Southgate. “They have qualified for the Champions League as well so when you’re a player you want to be involved in the biggest possible matches. I think whenever a player is settled and happy it makes a huge difference to the way they play.”

Rewind a year and, as Kane laboured his way through the Euro 2020 group stages without scoring, there was a debate, albeit outside the England camp, if Southgate should drop him. Instead, he has scored 15 times for his country since then. He goes into this summer seemingly in better shape. “Whenever you finish strongly with your club there is always a freer mind going into the international stage,” he said. A year ago, he felt imprisoned by Daniel Levy, but a liberated Kane can be lethal.

The tech stock rout: what the experts think