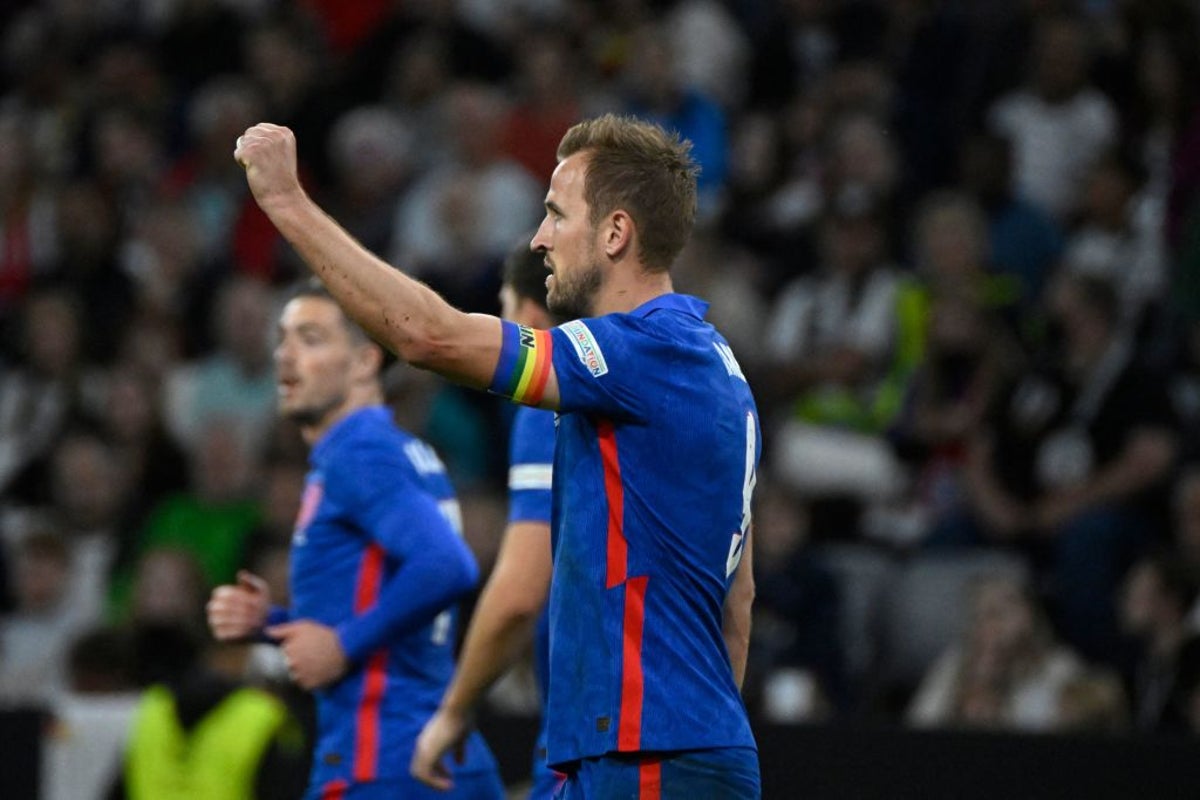 Harry Kane’s goal against Germany on Tuesday made him only the second man to reach 50 goals for England.

The Tottenham striker has taken just 71 caps to reach the landmark as he continues to close quickly on Wayne Rooney’s national record of 53 goals.

Here, the PA news agency looks at England’s leading scorers and how Kane compares to his predecessor as captain.

Also England’s most-capped outfield player, Rooney only scored once at a World Cup finals tournament, against Uruguay in 2014, but his six European Championship goals leave him fourth among England scorers at major tournaments behind Kane, Gary Lineker and Alan Shearer.

Kane climbed quickly from fifth to third on the list with seven goals in two games against Albania and San Marino in November, and scored against Switzerland to move into a share of second and in far fewer games than Sir Bobby Charlton. The Tottenham star won the World Cup Golden Boot in 2018 and, just 28, has time on his side to chase down Rooney after scoring against Germany on Tuesday night.

The 1966 World Cup winner scored on his debut in 1958, just two months after surviving the Munich air disaster which killed eight of his Manchester United team-mates. He broke Sir Tom Finney and Nat Lofthouse’s previous record of 30 by 1963 and scored twice in the 1966 semi-final, finishing one short of a half-century. He eventually saw his United and England records both overhauled by Rooney.

The 1986 World Cup Golden Boot winner scored 10 major-tournament goals for England – a record since matched by Kane – and managed five international hat-tricks including four-goal hauls against both Spain in 1987 and Malaysia in 1991. A missed penalty against Brazil in 1992 would have equalled the record then held by Charlton.

Kane’s target as Tottenham’s record scorer should he stay with the club long enough, Greaves also excelled for his country and his average of three goals every four games (0.77 goals per match) is comfortably the highest on this list. Injury deprived him of an appearance in the 1966 final against West Germany.

Despite an injury-hit career, Owen’s 10 years in the England team are more than many of the names ahead of him. He scored at four separate major tournaments, most memorably as a teenager at the 1998 World Cup when his solo goal against Argentina marked his emergence on the world stage.

Kane’s scoring rate had slowed somewhat since moving into England’s top six scorers with 31 goals in his first 44 caps, but he got emphatically back on track with his fourth and fifth international hat-tricks – a feat never achieved by Rooney – against Albania and San Marino.

His efforts against Germany took him to 50 goals in 71 caps.

Rooney, by comparison, had just 28 goals after 71 caps and took 107 to reach his half-century before finishing with 53 in 120 appearances.

When Rooney was the same age Kane is now, he had 40 goals from 95 caps. He went on to win a further 25, with Kane looking likely to at least match that and set an imposing new goal record barring long-term injury or a complete loss of form. Kane has captained England in 46 of his 71 games, already more than doubling Rooney’s 22 games in the armband.

All but four of Kane’s goals have come in England wins, with 22 in England compared to 19 away and eight on neutral territory. He has five against San Marino and four each against Albania, Bulgaria and Montenegro.

Fifteen penalties have helped him along the way – on three separate occasions he has scored two spot-kicks as part of a hat-trick.